You might need a little help locating this one on the map: head NNE from Toronto and keep on going, past Algonquin Park, past where all of those pesky roads seem to end, way up there, a little to the East of a town named Timmins. This is the real deal: a frontier town, which, in North America, is very rare in this day an age. Up here there is precious little English spoken, even ordering a BLT from the local Tim Horton’s you best know a few key French words, like, oui, non, blanc, B L T. It’s not exactly the most scenic of towns, it’s functional, built to withstand the onslaught of winter, built to accommodate those in the business of extracting things from the earth. A very basic place.
Walking around these streets you really begin to understand what keeps the separatist movement going in Quebec. This is another country; the large Canada signs on the sides of the fortress like Federal buildings look very out of place. The Fleur-De-Lys flies a little prouder than the occasional Maple Leaf that you might come across. For the average guy on the street, Canada must seem a very fuzzy, distant and inconsequential concept. From my point of view, I love the idea that within my own country I can feel so “out-of-town”.
It was a very nice little theater tonight, beautiful sound on stage and excellent sound in the auditorium. Unfortunately there were very few people in attendance. I thought we played a really good show…one of those tightly played, snarling affairs. I’m not sure if we made much of an impression on Rouyn-Noranda. Hopefully there was at least one person in the audience who walked out of there thinking, ”….man, that was cool….”.

Val D’Or is a relatively short, ninety minute ride east from Rouyn-Noranda. It was a grey, wet day. The steady, cold drizzle, the theater being a bit too far out of town, made me think twice about hoofing it in to town. So I spent the day on the bus, a depressing way to spend a day. The alternate was to spend it in the rotting motel on the highway, the bus seemed the better choice. I watched seven episodes of an Australian comedy show called Summer High (or something like that). It was very disturbing and very funny.
We had what I would call a disheartened show tonight: which is probably the worst kind, from a performer’s point of view. It was a very decent little theater inside of a huge local high school, pretty decent production, a very helpful crew, but a tiny audience. I hope we gave them enough.
We head back tonight. I’m not sure if I’d call it a “Conquest”, more like a brief forage, but, overall, we had fun these past couple of weeks bouncing around the highways of Quebec. We have a gig in Miami next week for our friend Enrique Martinez Celaya and then we have some serious work to do in the studio. Have a great holiday. Keep your eyes on this blog for updates about the studio and for news on upcoming Latent stuff.
We’ll be back on the road in March. 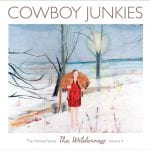