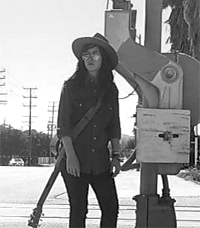 Today marks the fifteen year anniversary of Townes Van Zandt’s passing. He died from Delirium Tremens, a fatal complication caused by alcohol withdrawal, the result of decades of substance abuse. Anyone whose ever suffered through it and survived, will know that it’s just about the most miserable experience a person can go through. At the time of Van Zandt’s death, I was thirteen years old. I had no idea who he was and couldn’t have predicted how much he would impact my life.

But, Townes Van Zandt is the type of songwriter who will cut through the core. I discovered his music at the darkest point in my life, not long after I’d moved to Los Angeles. Los Angeles can be a very lonely place. Especially for someone like me. It is a city far from everything I’d known, not far off in reality of Bukowski’s portrayal. 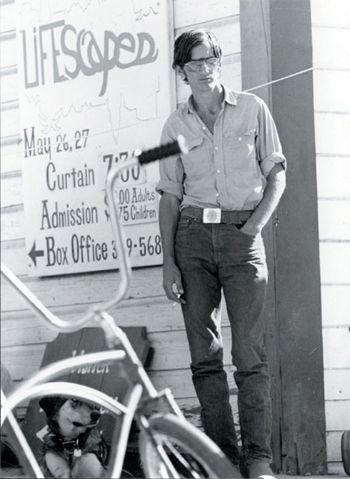 orn and raised in a small farm town in the outskirts of Buffalo, NY. I didn’t fit in. It was a lonely childhood.

My family had moved to the country from New York City. Coming from there, to a town where people are born and die without knowing much past the small radius of their existence, doesn’t bode well for individuals. If you aren’t from there, they don’t take kindly to you. From elementary school on, I was treated like an outsider.I didn’t share the same conservative views, didn’t have the same reference points and wasn’t respected or liked.

For eighteen years, the only people I could relate to were writers and musicians of the manic depressive or alcoholic variety. I didn’t like Country music. In fact, I hated it. Everyone I grew up around liked it. I had a bad association with it. But in discovering people like Townes, I realize that wasn’t really country music. Now it is pretty much all I listen to.

After graduating from college with a BA in Philosophy, I decided to move to LA. I thought the climate would improve my moods. What I came to realizes at first, was nothing could be further from the truth. For someone who spent four years studying ethics and morals, Los Angeles is the last place in the world humanitarian beliefs are likely to be implemented. It only magnified my feelings of isolation. Feelings I had to embrace.

Through the depths of despair, desolation and depression, I came to discover Townes Van Zadnt. The song that immediately resonated was “Waitin’ Round To Die,” the first song he’d ever written. It is a slow suicide set to music. I could relate.

Sometimes I don’t know where this dirty road has taken me. Sometimes I don’t even know the reasons why. So I’ll just keep a gamblin’, lots of booze and lots of ramblin’, it’s easier than just a-waitin’ ’round to die. – Townes Van Zandt, “Waitin Round To Die”

There are few compositions that better capture the pain and turmoil that Townes suffered through. And at the time I heard it, I could commiserate. I was enduring many of the same afflictions Townes had. And before I even knew about his life, I could tell from his songs, he’d gone through the same things I was experiencing.

I use to sit alone in my apartment, listening to Townes. By nature, writers are solitary people. We have to be. But, for sometime, Townes kept me company. There was an intelligence to his songs intertwined with beautiful simplicity that captured my youth. I began realizing that rather than denying my country upbringing, it was a part of me. One that could live in harmony with what was going on inside my head and irrational feelings and emotions I never could figure out.

Shortly after discovering Townes, I met the first person in Los Angeles I could relate to. One of the few people in my then twenty-six years who understood me. I met this person in a hospital. We bonded over Townes Van Zandt. If someone understands Townes, chances are, there’s something to it. And there was. We got each other through a lot. If not for Townes, it wouldn’t have happened.

As it turned out, the experience of the circumstance, getting to know someone through illness, helped me overcome a lot of things, including the same type of self-medicating Townes did. But unlike Townes, I realized the pain I was suffering through wasn’t something that needed to result in death. I could do something about it. 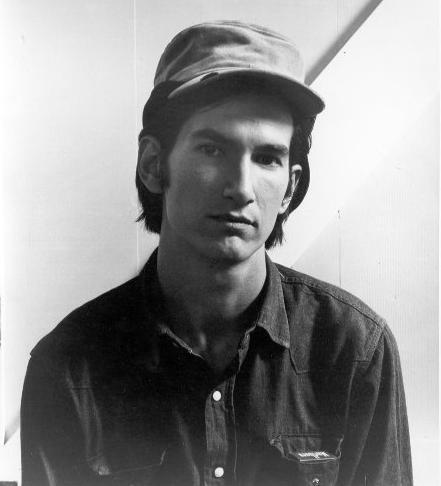 When I learned Townes died of the DTs, it was a wake up call. As romantic as it is to go through life thinking that your time would be short, it isn’t something that is really as romantic in reality. Rather, it’s sad. I realize that now. I no longer drink. I owe a lot of that to Townes.

In learning from his mistakes, ones that he really couldn’t control without proper treatment, I got my life back. Though in someways he is a hero to me, he is also a person whose direction in life isn’t one I wish to follow and today, I’d much rather be writing about Townes’ new project, instead of reflecting on his short and tragic life.

But it is thanks to Townes that I was able to find my place in Los Angeles, and in life. I’m sure there are a lot of people out there, who can say the same. If it was his intention to die young and live on through his music, then he accomplished it. And as another one of my heroes in life, a man who did overcome the obstacles Townes didn’t, Steve Earle said, “Townes Van Zandt is the best songwriter in the whole world and I’ll stand on Bob Dylan’s coffee table in my cowboy boots and say that.”

Turnstyled Junkpiled is dedicated to Townes Van Zandt this week.