Could Rock and Roll Even Happen, Today?

Rock and roll originated from a variety of racial, cultural, and regional sources, and osmotic excitement at burgeoning cultural flux. It represented in the early 1950s exactly the social unity that voices of divisiveness — including Jim Crow-allegiant political, educational, and religious officials, as well as many ordinary sorts — viewed as threatening to an illusory order made possible by strictly enforced segregation.

Young men who would help birth the new and justly communal music drew upon the country airs of rural America that were rooted in European forms, and the blues and jazz idioms that enlivened the nation. Over time, as ecstatic mongrel blends emerged in countless juke joints, honky-tonks, social clubs, and one-lung recording operations, rock and roll came into brash being. And the world was forever changed.

But that impromptu natality was only possible because of musicians’ and audiences’ broadminded attitudes of widely encompassing cultural appreciation and openness to natural creative cross-pollination.

The climate in the days of rock and roll’s nascency was cold and conformist. “Unity” was a popular banner in patriotic speeches, but division was the reality. So to meld cultures and actually unite was plainly subversive. Not without reason was the new music termed rebellious.

Regrettably, 2015 is similarly inhospitable to blending styles from diverse communities. But with a twist: Whereas in 1952, for instance, it was the forces of established manners that decried looming integration, it is today a fresh, PC generation that stands against artistic unity.

Historic battles against segregation — and for voting rights and access to schools — have been won and are behind us. But new segregation is upon the doorstep. Its claimed crusade for diversity is effectively just the 1952 separateness ethos with a Hot Topic haircut.

Before, the ideal was oneness, unity, e pluribus unum — from many, one. Now everyone is splintered into identity groups, each with its own hyphen, organizations, spokesmen, fraternities, political ambitions, and exclusive social circle.

And art. How frequently of late have you heard a musician or filmmaker attacked for “cultural appropriation?” This present-day imagining holds that every cultural expression is the sole property of the community from which it grew, and that for others to include it to any degree in their own work is immoral and illegitimate, constituting profiteering and plunder.

That contemporary voguish mindset, one that would decry multi-sourced rock and roll just as did the racists of decades past, was painstakingly detailed by an anonymous Wikipedia poster, who wrote:

Cultural appropriation is the adoption of elements of one culture by members of a different cultural group, especially if the adoption is of an oppressed people’s cultural elements by members of the dominant culture…This is often seen in the use by cultural outsiders of a minority, oppressed culture’s symbols or other cultural elements, such as music, dance, spiritual ceremonies, modes of dress, speech, and social behavior, among other cultural expressions.

Though it would have been philosophically consonant to do so, the poster neglected to also call for separate drinking fountains.

In an August 5, 2014 Daily Dot essay, Derrick Clifton sniffs pompously, “Cultural appropriation is not okay. In fact, it comes with strains of prejudice and, within a larger system of colonial whiteness, racism. That’s a message Katy Perry refuses to understand, with the artist doubling down on her bigoted behavior in the new video for ‘This Is How We Do.'” (“5 things white people need to learn about cultural appropriation.”)

A more recent example of this current intolerance-that-fancies-itself-to-be-justice is a Kate Beaudoin’s February 27, 2015 Mic essay. The writer intones sternly that, “The act of cultural appropriation carries racial, cultural, and socioeconomic implications…Cultural appropriation in music can be damaging to a culture…” (“11 Songs Prove the History of Music Is All About Cultural Appropriation.”

And in the  February 4, 2015 Washington Post, Chris Richards lamented that Macklemore, an “affable white rapper of limited dimension,” had won a 2014 Grammy over Jay-Z and Kanye West. Richards huffed that it “added a fresh chapter to the enduring pop saga of black erasure, a never-ending story that predates the advent of Elvis and lingers in the shadow of Eminem.”

A case can and has been made that whereas Elvis Presley was a true artist in whose landmark work diverse styles were honestly and affectionately alloyed, a stylist who never contrived to simply mimic others, Katy Perry and Macklemore are fabricated posturers, seasonal sensations hardly of Presley’s merited rank.

The cultural appropriation philosophy propounded by these well-intentioned imbeciles is plainly no less intolerant than was the early ’50s orthodoxy that reviled rock and roll. And it is flatly contrary to the ideal of equality. ‘Separate but equal’ is as much a fraud today and in this matter as it was back in the pre-school desegregation era.

(And apparently quite lost on these internet soldiers for separatism is the obvious truth that the supposed “crime of whiteness” they blast at each turn is no more that a negative reproduction of the rightly condemned “crime of blackness” concept.)

Respect for others’ experiences is to be encouraged. But maintained isolation is hardly a necessary component of that admirable goal.

Rock and roll did first rise in an inclement time, true. But whether a similar birth could occur in 2015, when segregation is again the fashion, separateness the ambition, and creative openness is villified as theft, is an open question.

(An earlier version of this essay appeared on DC Larson’s music blog, DamnationDanceParty.blogspot.com 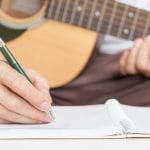 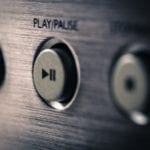