Another fantastic day at Couch by Couchwest.  We had so many great videos that I had a hard time selecting just a few for this post.  I’m continually amazed at all of the talent out there!  And most of these working bands and solo artists are indie in the strictest sense of the word. Shoestring budgets, day jobs, and iPhone videos.

We started out the day with Micah Schnabel of Two Cow Garageperforming the new song “In Pacific Time.” But Micah’s dad had sent out the video to a bunch of other blogs over the weekend, so you’ve probably already seen it! You can’t have too much publicity, right?

Jonny Corndawg of Esmont, Virginia, used a big ole pipe for some reverb.

Not an Airplane from Sacramento, California, played some mean Americana in a furniture store.

A CXCW poster was spotted in Muscle Shoals, Alabama, on the door of Pegasus Records where The Alabama Shakes did their new Live Shoals session.

A cat named Luna visited us from Turku, Finland.

You Americana fans are suckers for murder ballads and train songs. Here Lucas Martin of Houston, Texas, explains this song as “A song I wrote on the Durango-Silverton Narrow Gauge Railroad. Everyone needs more railroad murder ballads in their life, right?” Right!

The Pollies perform Freight Train Hearts for CXCW backstage at JD’s Bar in Sheffield, Alabama, before their show on March 10th. Featuring the talented Browan Lollar formerly of Jason Isbell’s backing back the 400 Unit who is also the artist behind the killer artwork on Jason’s last two albums.

I could have easily posted all 23 videos from today. They are all so good! Please check them out when you get a chance. We also had a bit of national publicity today from a little newspaper called USA Today!

One group I can preview for tomorrow is a band of kids under the age of 16 who got to record at Ardent Studios. We’ll post the video in the late afternoon (Central Time) so they can see it when they get out of school. 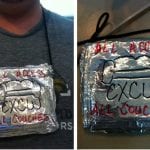