A mutt is often defined as a mixed breed of dog. When you look at my mutt people can always guess he’s part Beagle, but then they stare a minute trying to figure out the rest. This is exactly what it is like listening to Cory Branan’s latest album, “Mutt.“ First play through you instantly hear honky tonk, but listen closer and there’s heavy influences of rock, Americana and blues buried beneath.  Aside from his wide range of style, the Mississippi native is known for his gravely twang and deep lyrics. “Mutt” is such an ecliptic mix of styles that you can’t simply place it in one genre, and this is what makes memorable music.

Though Branan appears as your average indie star, he opens his mouth that’s when you know there is something special. The words that flow out of his mouth show he’s a sensitive fellow making a wayward journey through life. What is most intriguing about Branan is not that he is playing his guitar in a Snuggie on his website, but that he gets more poetic with each album. Not only does he have a way with words, but his voice is incredible. He can deliver alt country lullabies, but he could easily front any band with a punk edge.

In 2002 Branan entered the scene with “The Hell You Say.” This album fit directly in with Whiskeytown and even similar to The New Pornographers. The songs were upbeat and light, but distinctive to his country roots. As he released “12 Songs” in 2006 or his split 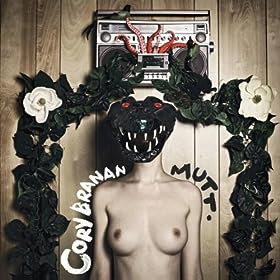 with Jon Snodgrass in 2009, Branan dug a little deeper revealing sounds that almost entrance you at times when you’re not tapping your toes.

“Mutt” is a diverse mix that shows influences from all of his earlier work, while allowing him room to grow as an artist. While listening to “Mutt” it’s not unlikely to go through a variety of mood swings, starting with missing the one that got away during “The Corner.” In this song he sings, “Once I had a casual acquaintance with my impending doom/years ago he promised me some day soon/I’d howl at the moon from room to room.” Later in the album “Karen’s Song” is an ode to a love that makes life seem better. “Been following a compass that always pointed south. Everybody said it’s busted, and sometimes I had my doubts, but it led me through the world and it led me to a town and it led me to your love.” The way he sings along with a guitar that makes you close your eyes and follow the sound. Despite a few upbeat numbers, the album ends on a somber note with “The Survivor Song (After Hours).”

Personal Quick Hit: Though it’s a heavy listen, “Mutt” was a very moving album. I’m a fan of music that makes me feel things when I listen to music, and Cory Branan has achieved that.

Part 2 of My Conversation with Austin Lucas