Considering Neil Young Through the Eyes of His Fans 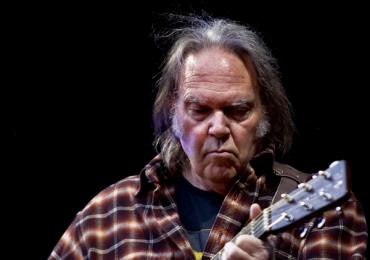 Neil Young is one of rock and folk’s most mercurial and exciting live performers. Many of his shows through the years were spellbinding, and it’s difficult to pick a best show or tour.

I remember incredible performances by Young with Crosby, Stills, Nash & Young at Denver’s Mile High Stadium and Chicago Stadium in 1974 just after he released his tour de force — the solo album On the Beach.  Young impressively unveiled in Denver the album’s rockin’ “Revolution Blues” and its lengthy acoustic ballad “Ambulance Blues.” And his wild, electric guitar leads while trading riffs with Stills or huddled up with all four group members were astounding.

After those two shows, I’ve caught Young live 20-30 more times, including two more shows with CSNY. His live shows without CSN have often been just as electrifying as my initial Young show in 1974. Some of my favorites were Young’s Rust Never Sleeps and International Harvester tours.

Neil’s savage, no-holds-barred electric guitar playing always wins me over. Though Young is no Jeff Beck — the best electric guitarist I have ever seen perform — and probably no Eric Clapton, and not the equal of many other more technically proficient guitarists,  I rate Young as my favorite ax slinger. I find his energy irresistible and his long frantic runs exciting — the essence of rock-and-roll guitar.

Young is a prolific touring and studio artist — always coming up with new twists and campaigns on his tours and exploring different musical genres on stage and in the studio.

His most recent album, Earth, was released in June and compiles live performances last year with Lukas Nelson & Promise of the Real. The double album has a 28-minute version of “Love and Only Love” and includes mostly new versions of previously released songs adorned with animal and insect sounds. Yes, it’s Neil being Neil, so hang with the artist and his madness or genius, depending on your interpretation.

Two other projects Young released this summer — DVD and Blu-Ray versions of Human Highway and Rust Never Sleeps — may also show the artist’s madness and genius. Human Highway is a surreal 1982 comedy that was panned by many critics. It stars Young as an auto mechanic and aspiring rock-and-roller, as well as co-director Dean Stockwell, Dennis Hopper, and Sally Kirkland. Members of Devo work at a nuclear power plant that mishandles radioactive waste, but they find time to join Young for a 10-minute version of “Hey Hey, My My (Into the Black),” Young’s classic closing cut on his Rust Never Sleeps album.

Young’s other release this past summer, the video versions of  Rust Never Sleeps, have been universally hailed as masterpieces. Rust Never Sleeps is a previously released concert film documenting Young’s 1978 performance at San Francisco’s Cow Palace, but this time “restored from the original film negative” in a “new 5.1 high resolution sound mix.” The staging and on-camera work of the stage crew is fascinating, and the performance by Young and his band, Crazy Horse, is off the charts.

Many Neil Young fans point to the Rust Never Sleeps tour as his crowning live achievement. I decided to ask Rusties — Young’s most devoted fans who converse and post in an online community called RUST — their thoughts on his best concert performances.

Surprisingly, none who responded — maybe they are all too young — singled out any shows on the Rust Never Sleeps tour as his finest.

Ian Rosen, who lives in Los Angeles and has been a fan since 1978, says the best show he attended was at the Los Angeles Sports Arena on April 27, 1991. The 1991 tour followed Young’s late 1990 album, Ragged Glory, an album filled with blistering guitar solos and strong melodies.

“After years of Neil trying different styles, it was a re-affirmation of why I loved his music so much in the first place,” Rosen says. “It was a tour behind one of his greatest albums — 25 years after his first album with Buffalo Springfield.”

The Sports Arena show was the best Young show Rosen has attended “because I didn’t think he had it in him to still be so energizing and powerful.”

Rosen says Young is has favorite artist because his music rocks, is “soulful and  beautiful” and “has continued to be so excellent and relevant for so many years.”

The Canadian-born rocker who has lived in California since the 1960s has been a major influence in Rosen’s life.

“He’s made me unashamed to embrace my own uniqueness and individuality and unafraid to try new things,” Rosen says. “He’s also been inspirational in following my own muse over the years and not compromising.”

Leo Echavarria of Keene, New Hampshire, says Young keeps him “sane” and is his favorite artist because of his “versatility.”

Young’s best tour, he says, was 1987’s Life tour because of the set lists and the performance of Crazy Horse. The best Young show Echavarria attended was on Aug. 8, 1997, at the Great Woods Center for the Performing Arts in Mansfield, Massachusetts.  It was part of H.O.R.D.E., a summer music festival featuring many acts that was originated by Blues Traveler in 1992.

Young started the Mansfield show with “Hey Hey, My My (Into the Black)” and followed with “Crime in the City” and “Hippie Dream.” He played more well-known songs such as “The Needle and the Damage Done,” “Ohio,” “Powderfinger,” and a title cut treasured by Young fans, “Tonight’s the Night.”

Echavarria cannot forget the final number. “The venue put on the houselights at 11 p.m., and Neil played a 15-minute version of ‘Rockin’ in the Free World’.”

Rich Kellner of Rockville Centre, New York, has been a Young fan since 1980. “Neil’s everything,” he exclaims. “He’s a leader, a trailblazer, an advocate of causes consistent with my values. There’s no musician who can play solo acoustic to hard-grunge rock the way Neil does. His songs move me, and there’s a sense of honesty in his delivery.”

“I’ve seen Neil every tour since the ’80s and often several times a year,” he says. “I’ve been to Farm Aid, the Bridge School Benefit Concert, and the Global Citizen Festival. I remember Neil breaking out the Freedom material for the first time at Jones Beach. I’ve seen a quite a few Crazy Horse tours. I’ve seen all the genres, Blue Notes, Greendale, Shocking Pinks. Loved them all.

“I always think back to 2007,” he adds, “during what Neil called the Chrome Dreams Continental Tour. I loved that tour because he played smaller venues. He started solo acoustic and built the sound up from there. He also pulled out some hidden gems that I really didn’t know including ‘Sad Movies,’ ‘No One Seems to Know,’ ‘Love Art Blues,’ and ‘Sultan.’”

Kellner says his favorite Young concert was at the United Palace in northern Manhattan on December 16, 2007. “He told stories the whole time, and, when the band came out, the place started to shake! He played ‘No Hidden Path’ for 24 minutes, and I felt like I was in the electrical circuit. I remember walking out like a zombie.”

David Lybrand of Maggie Valley, North Carolina, says he became a “casual” Young fan in 1970 and a full-blown fan in 1979. He says Young is his favorite artist because  “no other artist comes close to covering” all of the following bases.

He’s a “prolific songwriter of 1,000-plus songs” who has constantly toured for more than 50 years with only two years off, Lybrand says. Young has delved into “limitless” musical styles, including rock, blues, country, rockabilly and big band, and is a “guitar god with his own recognizable sound.” Plus, Lybrand says, he’s a ”mellifluous lead singer” who, despite aging, still sounds “great.”  Young, he says, is also a philanthropist who supports the Bridge School, Farm Aid, and other organizations, a humanitarian activist and a “band journeyman” who has played with Crazy Horse, Buffalo Springfield, CSNY, the Stray Gators, the International Harvesters, the Blue Notes, and the Promise of the Real.

Lybrand says Young fans have mixed opinions about the best Young tour, including many who favor 1973’s Tonight’s the Night tour, 1989’s Lost Dogs tour, or the 1999 tour called An Evening with Neil Young Solo.

“But of those I’ve personally attended during the last 25 years, I have to nominate the Greendale tour because of the sheer amount of creativity — musically and staging,” Lybrand says about the 2003 tour for which Young enlisted more than 50 people to bring to life a fictional family in a fictional town, Greendale. “I was honored to be there for the tour kickoff.”

Lybrand says, however, the best Neil Young concert he has attended was last year at the Riverbend Music Center in Cincinnati, Ohio.

“The Neil Young and Promise of the Real show in Cincinnati eclipsed even the various Crazy Horse shows that I’ve witnessed, despite my enduring love for the Horse. Neil was totally revitalized and drew from the biggest list of his own songs. Only a CSNY tour that included the songs of the other members had a longer song list. Neil was clearly having a lot of fun.”

Michael McConnell of Sacramento, California, became a Young fan in 1973. “He just has that special something that touches my soul, “ McConnell says. “I can’t define it, but I’m glad it happens.”

The 1987 Life tour was Young’s best, he says, because the set lists were the most varied and “included solo acoustic, Blue Notes, and good ol’ rock and roll.”

McConnell says the best Young concert he attended was during the 1999 solo tour at Sacramento’s Memorial Auditorium on March 17, 1999. “Neil’s voice never sounded so pure and powerful,” he says. “I loved the rare gems and the preview of songs from the new Silver & Gold record.”

Young has been a big influence on McConnell’s life.  “I can always fire up some Neil and feel better,” he says. “His catalog is so varied. It gives me lots of places to go. He’s the only musician who can make me smile and cry at the same time.” 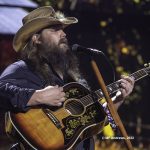 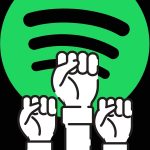