Stuttering drums propelled by a strolling bassline, a steady rhythmic pulse of distorted guitar riffs, and a woman’s voice echoing against other voices … later a saxophone that disappears as quickly as it appeared (is that you, Maceo?). This is how Ani DiFranco’s new album, Binary, begins. At first blush, it’s some trippy shit.

Listen again and again, though, and it starts to come across more like the sound of the world, with its unpredictable rhythms and frequent bursts of beauty and pain, ricocheting around the head of a poet determined to find the right words for it all.

Indeed, that has long been a pursuit of this particular artist, whose work has never shied from a single one of life’s little surprises, whether it be an unwanted pregnancy, a much-anticipated one, or any of the roads one might have traversed between and beyond those unerasable moments (and others like them).

When I called DiFranco recently to talk about the whole point of songwriting, in general, for an upcoming issue of ND in print, we spent the requisite few minutes ruminating on Binary, which dropped on her own Righteous Babe label last week. I’ve sat with this record for a month or so at this point, and I feel I’m nowhere near appreciating its breadth and depth. It’s the rare record anymoore wherein attempting to write about it feels like actively selling it short.

Nonetheless, as a critic, it’s my job to form an opinion, and my opinion is that you should hear it for yourself, and keep listening until it starts to click.

Indeed, DiFranco has always been the kind of artist whose work requires multiple listens before it really connects. Only when you can push out whatever else is happening around you and focus in on what she’s saying — and what the music is doing — can you really begin to appreciate the artistry of it all.

That fact is among the things we discussed for a story that’ll appear in our Winter 2017 issue in print — we talked about her tendency to not chase the catchiest melodies and rhyme schemes. She noted that it’s less about defying radio-friendly standards and more about being true to her creative process. And while that has always been the case, here on the 19th studio album of her career, she has nearly perfected the art of outside-the-box songwriting.

It helps that the thing on her mind lately has been a foundational question of not only human existence but all life on every level. Where her other albums have wandered around the throes of heartache and loneliness, the concerns of a political moment, the aftermath of a storm, this record digs deeper and goes further than anything she’s delivered thus far. Even the more accessible tunes like “Alrighty,” “Zizzing” (with Bon Iver’s Justin Vernon in the background), and “Deferred Gratification” can’t help but slide into this pervasive existential quandary.

Under its umbrella, songs about motherhood and marriage and disappointment and determination — even “Play God,” which is quite explicitly about women’s issues and sexism — all point back to: “What is consciousness and why? And how can we best use it? And how can we transcend the tendency to value autonomy and power above all else, in order to see all of our options?”

If real art is what you seek in your music, Binary, belongs on your stereo. As usual, DiFranco’s not messing around.

Kim Ruehl: I was thinking about an interview that we did years ago, during the Bush administration, when I asked you why you thought more singer-songwriters weren’t parading out the protest songs. At the time you said they’re hard to write and it’s hard to make the language of what’s wrong sound musical. I remember you specifically called out the word “patriarchy” as hard to sing, but you’ve used it since then.

Ani DiFranco: I have! [laughs]

It shows up again on “Play God,” on this record. Do you think we’ve just gotten to a point where the inherent musicality of a word is less important than the need to use it?

Well, I mean I guess I got to that point a long time ago. [laughs]

On this new record, there’s a song called “Alrighty” that’s about patriarchy but it doesn’t use the word. It uses very simple language.

But with a song like “Play God,” I pushed even further. Until human beings start putting this language into music, it will never be perceived as musical or possible. Somebody’s got to do it!

It’s just one way that I try, through my art, to be a part of the solution.

I still ache for more company in political songwriting, for information [for] myself. I still feel exactly like I did when we spoke, that conversation you referred to. I’d say the same thing right now, although it does seem like now there is more of a groundswell of artists that are trying to rise to that, [who are trying to] get political, speak to something, be part of the resistance in their art, which really excites me. I can’t wait to hear other people’s ideas about how it’s done.

I guess I just have always tried to be the change, as they say.

When I heard that this record was going to be called Binary, I immediately expected commentary on traditional gender roles, given the trans rights conversation, but it’s even more ambitious than that. What’s the overarching message you’re going for?

I guess the overarching message that comes through that poem, and the whole record, which is why that poem’s title is titling the record, is a feminist message. To my mind, a central tenet of feminism is prioritizing “relationship” and holding it higher than everything else that is typically what women do, to generalize.

Of course, we all have the feminine and the masculine, and it’s not really about men and women as much as it is about mediating the masculine with the feminine, and having them be equally balanced in the design of our societies and governments and cultures. We can all, no matter what our gender, participate in that or participate in patriarchy. But I think feminism is the mechanism that we have to address patriarchy.

Disease is the result of imbalance, in whatever context you find it. And patriarchy is a fundamental imbalance in all of human society, from which I think the result will always be social, political disease. We’ve really got to begin at the beginning with this.

The way that I think and [the way that I] look at things, and the amount of time in my life I’ve spent meditating on feminism, on patriarchy, has made the idea of “relationship” more and more central to my thinking. I look at the whole world, and I see it as binary concepts repeated everywhere, whether it’s planets and stars or masculine and feminine or positive and negative, the very atomic structure.

There’s no such thing as singularity.

I’m so intrigued by quantam physics, the way that science, at its vanguard, has come around to some very essential understandings, [that] nothing exists except as a field of possibilities, until it’s perceived. Perception is synonymous with interaction, and interaction is what creates existence. That’s how we exist, is in relationship.

I think we need to bring some fundamentally feminist concepts to the table in order to get out of here.

So Binary – I never say the word “feminism” or “patriarchy” in that poem, but I’m trying to get to a really fundamental basis for addressing those things.

That’s really where the binary thing is coming from for me these days.

Look for the rest of this interview in our Winter 2017/Singer-Songwriter issue of No Depression in print. Subscribe now. 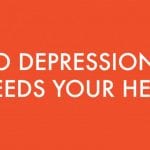 About Our Subscription Drive