Talk about a sweetheart deal hours before Valentine’s Day. Three angelic voices in one heavenly group called The Wailin’ Jennys were making one of their first appearances in Colorado. If Cupid had only a single arrow, he wouldn’t know where to aim.

The Jennys — Ruth Moody, Nicky Mehta and Heather Masse — were in the middle of a five-date swing through the state on the first leg of a tour that began February 3 in Helena, Montana. This Jennys’ Journey is in support of their third full-length studio release, the exquisite Bright Morning Stars, out since February 8 and already No. 1 on Billboard’s bluegrass chart. (For a limited time, you can get a free download of “Swing Low Sail High” at Red House Records.)

So for an early V-Day celebration, there was no better place to be on February 13 than Loveland, Colorado. Known as “America’s Sweetheart City,” it is famous for providing special valentine postmarks on love letters and cards requested by lovebirds from around the world.

The intimate and historic 450-seat Rialto Theater in downtown Loveland was the perfect setting to hear the gifted Jennys, whose three voices blend so beautifully that you’ll wonder, “Is this heaven?” Maybe not, but the soothing sounds from this triple threat are likely on the playlist at St. Peter’s pearly gates.

Though kid-friendly (tots, tweens and teens were spotted), the show that began without an opening act shortly after 7:30 was made for loving couples — or those that could use a little spark.

“Well, hello there,” cooed Moody after the group opened with Masse’s “Bird Song,” one of seven tunes they played from Bright Morning Stars’ 13-song collection about love and loss. “We have the feeling that you’re kind of romantic around these parts. That’s the sense we got walking around. We also thought it was kind of funny that we’re in Loveland on anti-Valentine’s Day.” The irony might have been lost on the Lovelandlubbers, who prefer to express affection 365 days a year. One of the town’s yearly money-raising projects involves decorating streetlight poles with big red hearts that include messages of love to each other’s sweetie (left).

This passion play had other, less visible signs of deep devotion. The crowd was lovingly respectful of the Jennys’ delicate balancing act. They remained so you-can-hear-a-pin-drop quiet that the trio’s deep breaths were clearly audible during a cappella versions of numbers including the traditional “Bright Morning Stars,” “Kissing Double,” Bruce Cockburn’s “Going Down The Road” and “The Parting Glass,” an old traditional Irish song that closed the show.

Moody’s soulful “Storm Comin,’ ” one of the new album’s finest cuts, also was performed a cappella, but included foot stomps and hand claps, though the audience seemed reticent to join in.

In fact, they were just fine sitting and listening, mostly in awe. Just before a 20-minute intermission and a rendition of “Glory Bound,” from 2006’s Firecracker and 2009’s highly recommended Live at the Mauch Chunk Opera House, Moody sought a little crowd participation, requiring them to sing one word. In a crystal-clear soprano, she sweetly warbled “Hallelujah.” “Can you try that with us?” Moody (right) asked. Many in the full house shook their heads in amazement, chuckling at the thought of trying to match her pitch-perfect display.

“Laughter is never a good sign,” Moody said, resigned to the fact that the impromptu singalong might be doomed, no matter how earnest an attempt the amateurs might make. Ultimately, the three were on their own. With glorious pipes like these, isn’t that the way it should be?

Moody, the Winnipeg, Manitoba soprano who co-founded the group with fellow Canadian Mehta about nine years ago, is the most likely to succeed as a solo artist. (The Garden, her Juno-nominated album, was an under-the-radar release that deserved mention as one of 2010’s best.) While sharing lead vocal duties, the classically trained vocalist and pianist displays instrumental versatility by playing banjo, guitar, accordion and bodhran (a one-sided Irish drum that looks a huge tambourine), and showed off those skills in four of the first five numbers.

Moody’s multitasking even included playing the tambourine with her foot on “Last Goodbye,” Mehta’s upbeat shout-out to “those of you who do believe in Valentine’s Day. And believe in love lasting.”

The uninitiated might mistakenly identify “three-part harmonies” with the Lennon Sisters or the folkie spoof A Mighty Wind. The Wailin’ Jennys surpass those labels on all levels. An equal-opportunity, three-dimensional assemblage, their melodies rate with that higher-profile power Trio of Emmylou Harris, Dolly Parton and Linda Ronstadt. The songwriting responsibilities are equitably distributed on Bright Morning Stars (each contribute four), and all unselfishly take turns in the concert spotlight.

Obviously, a group whose name is a takeoff of country legend Waylon Jennings and have performed on Garrison Keillor’s public radio show A Prairie Home Companion know how to show their sense of humor. They reveal that comedic flair during masterful storytelling intros to their songs.

“Fetching, each in their own unique way,” was how one elderly admirer in the fourth row described them during intermission to his better half, one of the few apparently in an unromantic mood (or taking this anti-Valentine’s Day thing to heart).

“Fetching? Fetching how?” she said in a way best described as kvetching. “What do they fetch?”

Well, they certainly know how to carry a tune. Mehta (left), who played guitar, ukulele, harmonica and a snare drum during the show, is an acerbic wit. Displaying a prominent tattoo on her right arm, this Salt-of-the-Earth Mother brings her twin 18-month-old boys along for the tour bus ride. When they were younger, Mehta said she put her sons in their Johnny Jump Ups to gauge how good her songs were.

Introducing the Emmylou Harris/David Olney-penned “Deeper Well,” Mehta said, “This next song is a winner to them. Inspired much height in the bouncing … sometimes impact.” The driving number including a fiery turn on the viola by Moody’s brother, Richard. Dubbed the “Mad Jenny” by his kid sister, he also plays fiddle and mandolin as the tour replacement for previous sideman Jeremy Penner. Both are among a formidable group of skilled musicians (Colin Cripps, Kevin Breit, Bill Dillon) on the album that was co-produced by Mark Howard and David Travers-Smith, a frequent Jennys collaborator.

The twins undoubtedly like Mehta’s “Begin,” too. The mezzo mommy’s message stood out in this inspirational cut from Firecracker that’s “an ode to being in the moment.” Masse (right), a New Yorker who joined the group in 2007, is the alto with the deep, blue voice. Nearly as statuesque as the upright bass she plays, the graduate of the New England Conservatory of Music grew up under the influence of jazz singers such as Ella Fitzgerald, Sarah Vaughan and Billie Holiday. “They sang so many great songs, so many heartbreaking love songs,” she offered.

“The woman (who’s often the subject of these songs) just … she just … she just … (laughing at her own hesitancy) she’s just speechless because she’s so heartbroken; it was the perfect thing for middle school. So I thought it was about time that I wrote my own little heartbreaking love song.”

Masse’s swinging but ultimately sorrowful “Cherry Blossom Love” is a testament to that sentiment, when “time would turn their sunny day like magic into dusk.”

While other numbers like “Beautiful Dawn,” from 2004’s Juno Award-winning 40 Days, are about new beginnings and “perfect for anti-Valentine’s Day,” according to Moody, these bright, shining stars really know how to get to the heart of the matter.

So when the tour heads east, resuming March 17 in Pennsylvania, plan to make a hot date with The Wailin’ Jennys and prepare for the love affair to begin. Without the hugs and kisses.

See a video slideshow of The Wailin’ Jennys’ February 13 concert in Loveland:


A behind-scenes look into the recording of The Wailin’ Jennys’ Bright Morning Stars from November 2010 (courtesy of their website): 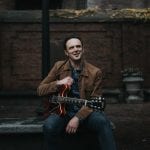