Colebrook Road: A Band on the Rise

Colebrook Road was conceived when guitarist Jesse Eisenbise, a middle school teacher, and his friend Wade Yankey, a consulting engineer, went to see The Steep Canyon Rangers in 2007 or 2008 — as Eisenbise says, “just when they were exploding.” Soon afterward, they saw The Infamous Stringdusters in concert. Eisenbise continues, “The two bands, along with a little bit of Cadillac Sky, were the sound we were trying to get.” Here Colebrook Road performs one of their newer songs, “On Time”:

Colebrook Road consists of the open-faced, rangy singer-songwriter Eisenbise; Yankey, winner of the 2014 Watermelon Park mandolin contest; Joe McAnulty on fiddle and baritone vocals, who teaches classical violin at State Street Academy and plays for the York Symphony Orchestra; Mark Rast, a family physician and former winner of the Telluride festival’s banjo contest; and Jeff Campbell, a local microbrewer, on bass. This interesting combination of backgrounds and musical interests has come together to form an exciting bluegrass band just emerging and still growing in both range of music and the ability to discover and share themselves. They have been chosen as an official Showcase band at the 2018 IBMA World of Bluegrass in Raleigh, North Carolina.  They show some of their versatility in the following clip, recorded by Telefunken after the band’s win in the Podunk Bluegrass Festival’s Telefunken Band Contest in 2015.

While emphasizing their instrumental and vocal versatility, Colebrook Road insists on staying true to the spirit and sound of a bluegrass band. They fully observe Earl Scruggs’ admonitions about the value of maintaining the three T’s — tone, taste, and timing. As I wrote here a couple of years ago, “When bands exhibit strengths in developing and maintaining a tone, playing their music with exquisite taste, and carefully maintaining excellent timing, they achieve a level of quality that will carry them a long way.” Colebrook Road demonstrates all three in their cover of Jimmy Martin’s classic bluegrass song, “Hit Parade of Love.”

While Colebrook Road has been steadily spreading its geographical reach with performances from Maine to Colorado and in New York, Illinois, Virginia, and Washington, D.C., perhaps their appearance at the 2018 Gettysburg Bluegrass Festival last month will prove a turning point. During our interview, Eisenbise commented that they had some concern about appealing to the fairly traditional Gettysburg crowd. It’s an event the band considers to be their “local” festival and have often attended. They worried about whether this audience would accept their covers of pop-rock singer-songwriters like Paul Simon and Billy Joel. Here’s an example of that with Simon’s great song, “The Boy in the Bubble.”

After a slow start with their noontime performance at Gettysburg, they presented a workshop on arranging rock and roll songs for bluegrass performance. This well-attended event became interactive as the audience involved itself in the ideas as well as the songs, throwing the band thoughts for other rock songs they might try to cover. Later that day, at their after-dinner performance, the audience drifted in during the show, but it was quite full by the end, and the crowd gave them a standing ovation at the end and called for an encore.

Here’s a song written by Eisenbise expressing concern about the disappearance of Pennsylvania’s once open farmland. It’s called “Coyote.“

There’s a tendency towards tribalism, even in bluegrass, where the voices of  tradition call for strict adherence to the “template” nailed down by Bill Monroe, Flatt & Scruggs, Jimmy Martin, and other first-generation giants. Meanwhile, the demographic movements in the country have tended toward urban and suburban areas where jobs are plentiful and incomes higher. The music has changed, slowly, responding to geographical changes as well as changes in the music surrounding emerging musicians. The themes of the music and its sounds have, as they always have, changed to reflect those social changes. Here’s Colebrook Road’s “Sun Up, Sun Down.”

As Colebrook Road found at Gettysburg, it appears that even largely traditional audiences are open to innovation when a band shows its traditional bluegrass chops, demonstrating respect for their forebears. Once a band clears this hurdle, they are often rewarded for their efforts at applying the general principles to new music, including rock and roll. They can then use contemporary rhythmic and vocal combinations as well as themes and ideas that might never have occurred in an earlier age. This has been the case in bluegrass since Bill Monroe added Elvis Presley’s upbeat tempo to his own “Blue Moon of Kentucky.” The variations and changes have been consistent from the popularity of The Country Gentlemen and The Seldom Scene to contemporary bands like The Hillbenders, with their bluegrass version of The Who’s rock opera, Tommy.

Colebrook Road has recently signed a recording contract with Mountain Fever Records. Every band, ultimately, must follow a separate road to find its own sound. For, as Eisenbise says, “If the goal is to expand the audience, you have to do it with people that are below the age of 60 or 70. That’s tough to do if you’re only playing classic bluegrass.” Here’s Colebrook Road’s musical commentary on this: 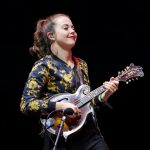 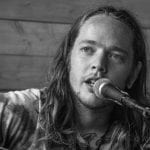