Without question the best venue for live original music in Joliet, Illinois is Chicago Street Pub. Owners Mike and Kathy Trizna and their excellent staff serve great food and craft beer along with a steady diet of local bands and original artists with shows by some national touring acts as well.

On Friday night, area artist Matt Biskie played an opening set for Dan Dougherty and the Tone Bone. Matt’s one of my favorite artists. I love his songwriting, acoustic guitar playing and singing. I think he writes to his strengths very well, which is what good performers and recording artists should do.

You can hear and download for free some of Matt’s original music on his website. He plays “honest American folk,” and his stories like “Don’t you wait (too long)” unfold atop a bed of wonderfully melodic guitar picking and strumming. You can also listen to his songs “Little Flaws” and “The Man You Loved,” which were all recorded by Bill Aldridge at his Third City Sound studio, which is conveniently located above Chicago Street Pub.

In addition to Triz and Kathy, part of the vision to create a hub of great food and craft beer, live local original music, a road stop for some top-tier national and even international touring artists and a recording studio all in one building came from former Chicago Street Pub co-owner John Condron, who continues to perform there regularly with his latest project, the Old Gang Orchestra. Triz also is the driving force behind the two Hopstring Fest celebrations of great music, food and craft beer that have been held in downtown Joliet’s Silver Cross Field ballpark. 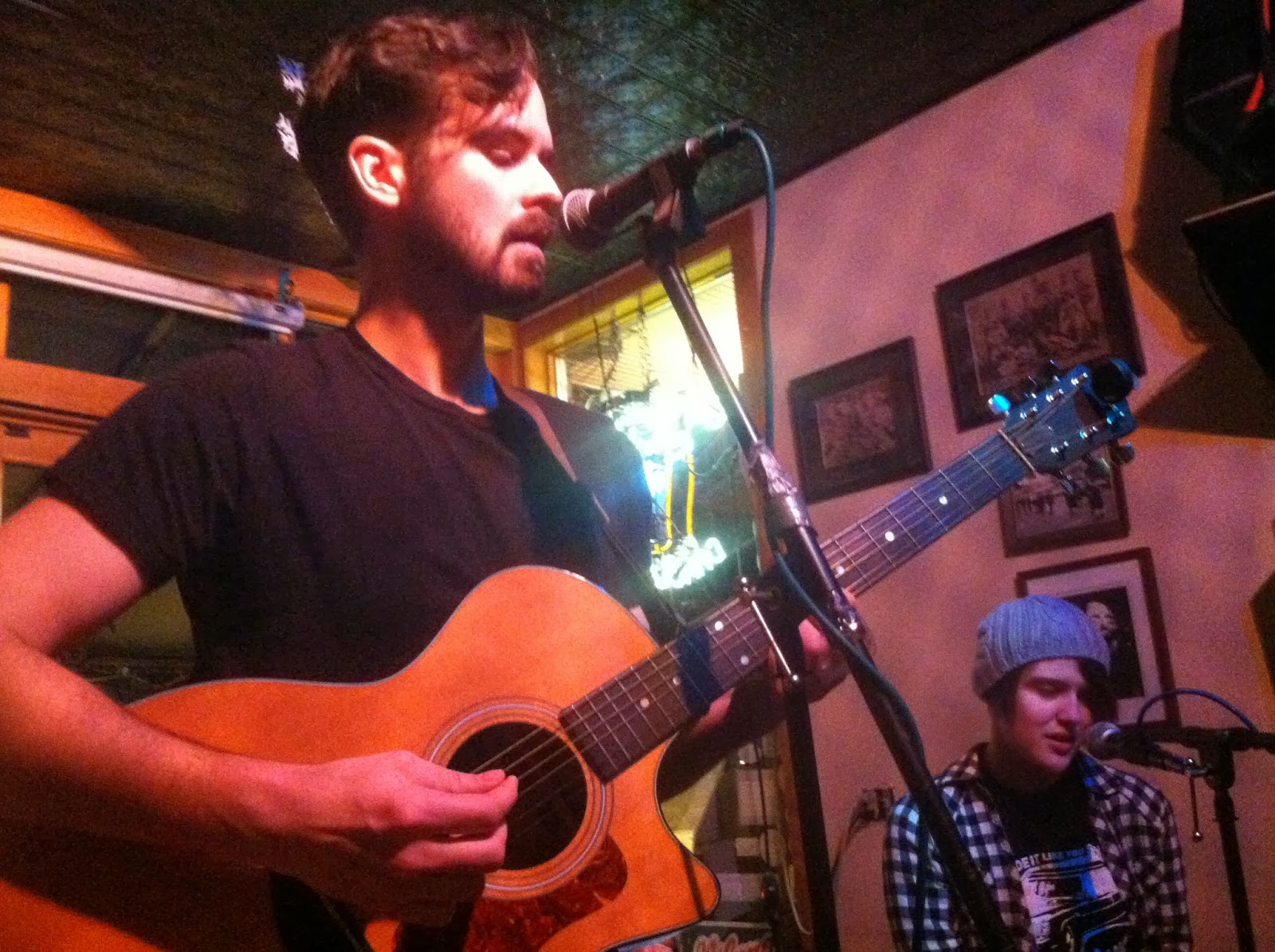 Dan Dougherty, Friday night’s headliner, has been developing his newest project in recent months. Dan Dougherty and the Tone Bone features Dan and his friends Anthony, Skylar Danielle and Marco Pellillo, some of whom were members of Dan’s earlier project The Workhorse Kings. Tone Bone has a kinder, gentler, more acoustic sound than the Workhorse Kings, who created excellent songs like “Hot Little Starter Pistol.”

Dan’s an exceptionally talented musician. He’s a gifted writer and singer and I think especially strong at collaboratively arranging music. You hear his band and think, “That’s exactly how that song should be performed,” with the harmonies and accompaniment clearly well-thought out. There are some really good decisions being made along the way, good choices about what to keep. Tone Bone sounded fantastic Friday night!

But that’s hardly unusual at Chicago Street Pub, where you can always count on hearing great original music and having a good time.

Ted Slowik is a Joliet-based writer and musician. Learn more at TedSlowikMusic.com.