Checking in with Bela Fleck

Banjo wizard Bela Fleck is returning to the Cain’s Ballroom in Tulsa with the original Flecktones’ lineup on Wednesday April 11 and will perform the following night in Fayetteville at the Walton Arts Center. Fleck is known for his expansive use of the banjo in a wide variety of musical styles and his frequent collaborations with a diverse range of players like Tabla drummer Zakir Hussain, bassist Edgar Meyer and jazz great Chick Corea. I recently had the chance to interview this innovative and creative musician by email about his music and the Flecktones. Below is our cyber conversation.

JW: You have collaborated with so many different musicians and have been involved with such a wide variety of musical projects. What do you like about these opportunities? What motivates you to work with such a varied mix of artists in so many genres?

BF: I love to learn and grow, and I get tired of sounding the same. Collaboration offers the chance to put myself in new surroundings constantly, and react to new information. It keeps my musical self lively.

JW: Many people know the banjo only as a traditional bluegrass instrument, but you’ve never limited yourself to one style of music. What inspired you to first pick up the banjo and what encouraged you to take it in so many different musical directions?

BF: I actually fell for the banjo hearing bluegrass. It was Earl Scruggs playing on the Beverly Hillbillies show, and the sound blew my young mind. Years later, when Dueling Banjos was a big hit, my grandfather bought one for me, and I went for it. In New York City, where I was going to high school at the time in the early 1970’s, all kinds of music were being celebrated, and so I had a wide musical taste. There was a lot of musical adventuring going on in the big world of music, and seemed like there was an opportunity to push this banjo into new places. I was fascinated with jazz, classical and world musics, and anything I liked, I wanted to know how to play.

JW: For those not familiar with The Flecktones music or who have never seen a show, can you take a shot at describing the music and/or what they can anticipate from a live concert?

BF: The guys are amazing soloists, so you will hear some blazing musicianship. We try to play compositions that create a mood and feel, so that it more than just showing off, although there is plenty of that. There are jazz, bluegrass and many other influences, that are blended to the point that we don’t even know what’s what. Each musician in the band had redefined his instrument, and is an inventor of sorts, so you won’t see anything typical. And yet the music is friendly and outgoing and the complexity doesn’t seem to leave anyone out. This year we have reconnected with Howard Levy, the harmonica and piano wizard who played with us from 1988 til 1992. 17 years later he rejoins Victor Lemonte Wooten (one of the great bassists of our time), Future Man (the inventor of the drumitar, a live action electric drum kit that is mounted on a frankenstein guitar body) and myself on acoustic and electric banjos. We are having a blast playing songs from our first three albums, and the new Rocket Science CD.

-With permission from The Current 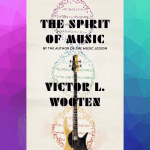 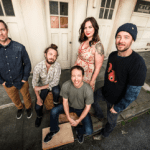