“How do I make this thing tartan and heart shaped”? We talk a bit more to Charlie Roth

Charlie is sure to be a big hit at Belladrum 2011, he is a consummate entertainer a stalwart of the Minnesota music scene, and these days a darling of European roots music radio,on the last tour at a after show party with Cousti (also playing Belladrum this time on The Grass Roots stage) Billy the bass ennobled him as an honorary Scot, a fact he still talks about in his shows. He’s on tour in the UK in August again and were delighted to announce 2 dates in The Highlands for The Tartan Heart.  There’s more from Charlie.

1. WHERE WERE YOU BORN, WHERE DID YOU GROW UP?
i was born and grew up in a small town near the South Dakota border called Madison Minnesota

2. WHAT IS YOUR EARLIEST MUSICAL MEMORY?
my parents and their friends harmonizing in the kitchen into the wee hours of the morning, they loved to sing

3. WHAT WAS THE FIRST RECORD YOU OWNED?
i had all the Beatles and the Dave Clark 5 and the Monkees on 45 ..I was in the target audience of the British invasion before that it might have been the Beach Boys

4. WHEN AND WHERE WAS YOUR FIRST PERFORMANCE?
at a bowling alley in Madison when I was about 16 I got up and sang John Prine’s ‘Dear Abby’ with my Sigma acoustic guitar. but I was singing solos in the church choir at about age 9..Mom and Dad are very Lutheran

5. WHO IS THE SINGLE BIGGEST MUSICAL INFLUENCE ON YOUR WORK?
no question it was John Prine..he was to me what Woody was to Bob. that being said I have never stopped finding new songwriting heroes these days it is all folks I know personally..Jonathan Byrd and Effron White and Elam Blackman were covered on my new album..I met them all at Kerrville Folk Festival…those writers and me, we all have that storytelling thing going. I also did a Kris Kristofferson tune sort of because it was all recorded live to tape that day and I ran out of songs that I had in mind to do. we recorded the basic tracks to 10 songs in 7 hours. Kris was another big one and then there is Townes, Jesse Winchester, and Leon Redbone too many to list all of them.

6. WHAT IS THE MOST MEMORABLE CONCERT YOU’VE ATTENDED?
i was a sound man at a coffeehouse for about 20 years most of the touring songwriters came through I saw so many, Greg Brown became a favorite and ended up influencing the way I write as much as any of them. it was like going to folk singer school.

7. WHAT IS THE MOST MEMORABLE CONCERT YOU’VE PLAYED?
I have released the last 3 records in this really cool little theatre in St. Cloud MN, those concerts are always well attended and it becomes an event where I will feature some of my session guys. most of the time I can’t afford to hire any of those cats. we always tear the roof off the place with shear joy for the music we all worked so hard on. then it is usually back to my day job as a pub singer. lately my favorite shows are house concerts.

8. WHAT IS THE WORST JOB YOU’VE EVER HAD?
I sorted pop bottles everyday after school, I never minded hard work, we were all raised that way but when it got to be winter in Minnesota and we had to stand out there on this concrete slab in a non heated garage area at 10 and 20 below zero, before insulated boots, for like 3 hours..that pretty much sucked.

9. WHAT DO YOU THINK IS MEANT BY THE WORD ARTIST?a
someone who is connecting to their heart and soul. it takes years but eventually you are not pretending to be and artist anymore, if you have been diligent in the study of your art, and have a true talent, one day you just are one.

10. WHAT BOOK ARE YOU READING AT THE MOMENT?
I like history ..James A Michner’s ‘Chesapeake’ was the last one I read but before that it was ‘The Heart of the Sea” by Nathaniel Philbrick but currently I am just to wrapped up in other stuff to crack open any books.

11. IS THE MUSIC INDUSTRY BETTER NOW OR WHEN YOU STARTED?
it has always been a screwy business but I wouldn’t know too much about it. i think the internet has helped out the independent artists more these days.

12. WHAT IS YOUR FAVORITE SONG ON THE ALBUM, AND WHAT THE BEST THING FOR YOU ABOUT THIS NEW ALBUM?
‘Waitress in a White Dress’ is more fun to play but people usually buy the record after hearing either ‘Broken Ground’ or ‘Grandpa’s Little Girl’ both of those came from a very honest place.

13. WHAT IS THE FAVOURITE SONG SOMEONE ELSE HAS WRITTEN (AT THE MOMENT) ?
I have a new Effron White song that I want to record called ‘Catatude’ it is so much lighter than ‘Long Haul’ which is also a killer tune. I have been playing ‘Catatude’ at almost every show.

14. WHAT IS THE BEST THING ABOUT MODERN LIFE?
being so connected to the outside world

15. WHAT’S THE WORST?
being so connected to the outside world

16. WHAT SINGLE THING HAS HELPED YOU MOST IN YOUR CAREER?
finally realizing that I can be me and still not get fired or booed of stage

17. WHAT SINGLE THING HAS HINDERED YOUR CAREER?
not realizing that sooner and perhaps traveling a bit more..i like to stay close to my home.

19. WHO’S YOUR FAVOURITE POLITICIAN?
I voted for Obama but don’t have much faith that he can change much of what has been happening to my country. perhaps it is a discussion best left to be pondered over a pint of ALE!

I am hoping to tour Ireland next time and have some airplay to support it. or maybe World Peace? 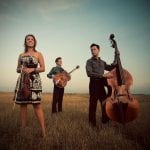 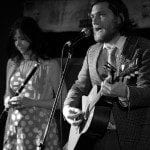