Celebrate El Dia de los Muertos (The Day of the Dead) with a Celtic twist! Join Switchback at the Pine Room of Ascension Parish, 601 Van Buren Street, Oak Park, IL, on Saturday, October 30 at 8 p.m. Tickets are $15 at the door. This year, the Kosier Studio of Dance from Sterling, IL will be presenting original choreography to Switchback songs. Beer, wine, and other refreshments will be available for purchase.

Switchback began hosting the Day of the Dead Show nine years ago to celebrate the Mexican custom of honoring those who have passed on to the next world. The tradition has roots in the pagan practices of Mexico and is similar in intent to the Celtic feast of Samhain. In both traditions, the veil separating the dead and the living is at its thinnest, thus offering people a chance to honor the spirits of their ancestors.

And it is quite a party. Altars are made in each home and decorated with candles, marigolds, tortillas, fruit, mole and special bread called “pan de muerto.” In addition, alcohol, chocolate, toys and cigarettes are left for the spirits. Special sugar skulls are decorated and placed on the altar in honor of the deceased. It is believed that the happy spirits protect and bless those who honor their memory.

The traditional altar or “Ofrenda” will be in place at the show, and everyone is asked to bring a picture of a loved one who has passed on. Sugar skulls will be in place, and all are invited to visit their local Mexican store and purchase and decorate a skull of their own for the altar. 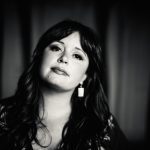 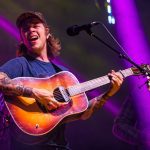