It’s no accident that this deluxe 4-CD set uses the word “Nuggets” in its title; this is an apt reference to Lenny Kaye’s landmark 1972 compilation of psychedelic and garage rock. An even better touchstone, however, is Bomp’s follow-on series of Pebbles releases, which dug deeper into the world of one-off local and indie releases. In that sense, Surf-Age Nuggets is the Pebbles (with a touch of Las Vegas Grind) to earlier anthologies of major label releases, hit singles and nationally-known acts. Producer James Austin (who previously helmed Rhino’s Cowabunga! The Surf Box), focuses here on the impossibly rare and ephemeral: obscure singles that barely managed local distribution, with just a hint of rarities from a couple of well-known names. The result is a magnificent musical essay on the scene that flourished in the wake of surf music’s brief rise to commercial popularity.

Dozens of earlier collections have explored this DIY wave, but never in the luxuriousness of this set. Not only are the discs stuffed with 104 tracks (including a sprinkle of period radio spots and a 16-minute bonus montage hidden at the end of disc four), but the collection is housed in a wide 11 x 6 hardcover with a 60-page book of liner, song and band notes, full-color photographs and reproductions of picture sleeves, posters, period ads, comics and other ephemera. Although the material was sourced primarily from early ‘60s vinyl, unlike the first-state (that is, pops-and-clicks intact) condition of many collections of vintage singles, mastering engineer Jerry Peterson worked some very special voodoo in cleaning up the digital transcriptions. The complete lack of surface noise is a bit eerie, but the results remain largely true to the powerhouse mono vibe of a vintage 45.

The selections are guitar-centric, beat-driven and up-tempo; a formula whose thousands of variations have yet to get old. This is the sound of four guys getting together in a garage, working up covers and a couple of originals, scoring a gig and getting a crack at recording. Being true to the period, what’s here isn’t all strictly surf music; there’s plenty of reverb-drenched Dick Dale-styled staccato picking, but instrumental rock was a bigger lineup into which musicians crowded from every state. California surf bands provided inspiration, but the twang of guitar slingers like Duane Eddy, Link Wray and Lonnie Mack also held sway. Most of these acts had brief careers, but this collection is more than a set of surf songs; it’s a soundtrack to an era in which surf culture captured the national attention, even among those who didn’t surf or listen to surf music. This is a document of a time when radios had only an AM band, and teen culture was on the rise. Paddle, turtle, hangout and catch this tasty wave! 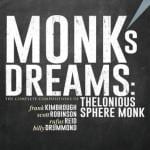