Most of the music I listen to is by independent artists, people working on a small budget and, almost without exception, with little hope of achieving mass market approval (though, of course, the dream always flickers on). Even within this world I marvel more and more at the skill of producers who work such magic with songs that probably arrive in the studio with little more than the melody and the guitar part. Lisa Richards’ new album is one of the very best examples I’ve heard yet of the things that can be achieved by getting your songs into the right studio with the right producer.

Lisa is an Australian who has spent a good part of her adult life in the USA, latterly in Austin, getting herself a slice of the big wide world that many Australians seem to feel passes them by. She has, actually, just returned home to Australia so perhaps that itch has been well and truly scratched. Anyway, this new album was recorded in Austin with Jeff May. He produced the thing and also played “upright bass, guitars, keyboards and quirky sounds”. It’s an extraordinarily subtle job, frequently sounding like it’s built from the simplest of elements – maybe just acoustic guitar and Lisa’s captivatingly fragile/strong vocal, and it’s only on closer acquaintance that you recognise all the little quiet details in the background that contribute to the haunting atmosphere.  The spare, high notes played on a piano (at least, I think it’s a piano) that add the barest extra dimension to the beautifully picked guitar melody on Before I Was A Girl somehow add bucketloads of poignancy to a song that contemplates a time in life before your gender becomes your primary definition.

At all times the real skill of this production is in fitting itself around Lisa Richards vocal style (not unreasonable to say at this point – think of Bjork without the melodrama). A beautiful synthesis is achieved between vocal and music, so that the aching fragility of her voice can be framed perfectly in the arrangement for First Sin, but the restrained power can also be revealed by the full sound of Save Me. Here, a big drum sound and Hammond organ build a powerful sound, though this is a restrained power – lots of weight and gravitas but no pyrotechnics.

Lisa says these songs were written in the period after her mother died and, though most of them don’t relate to that event, there is a sombre thoughtfulness pervading the whole album; typically, the use of upright bass and cello provide emotional depth, not to mention an astute contrast to the high toned delicacy of Lisa’s voice. Probably the most vibrant songs are the ones that bookend the album (and how I love to hear an album that’s been thoughtfully ordered). Every Star opens proceedings with a bright, if understated, drive that features some nice steel guitar from chief sidekick no. 2, Wally Doggett. Save Me is the song that closes things off, ending things on a stirring note that induces you to hit the repeat button. With subject matter that swings from the extraordinarily evocative title track (feel the heat of that Australian sun!) to a couple of songs inspired by Jenna Blum’s book about The Holocaust, Those Who Save Us, I can’t help feeling that Lisa Richards is a writer and musician who should be already way better known. This is a really good album, original, thoughtful and very beautiful – a grower, if ever there was one. 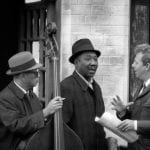 All Aboard the Blues and Gospel Train 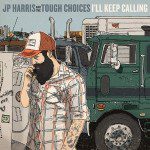 Americana Boogie Music Releases for the week of May 15th include Willie Nelson, Lisa Marie Pressley, NRBQ and more…