On his sophomore album Mercury State, Hull, U.K. singer-songwriter Daniel Pearson digs deep into recession-era discontent to deliver a gripping album of melancholic conviction and stark beauty. The nine songs that comprise Mercury State present a captivating and earnest voice assessing the often-bleak state of the current environment that surrounds him, and the result is a versatile and sincerely affecting album from a young musician of staggering promise.

Mercury State is my introduction to Pearson, a songwriter who previously played in punk bands and released a 2011 solo debut, Satellites, a hook-based album with some “very poppy songs” that he recently downplayed as “trying to get attention.” For Mercury State, Pearson allegedly chucked a full album’s worth of “anthemic” material and opted for a denser, thematic shift in his songwriting after realizing the effects the recession had taken on his friends and family. Pearson recently told Sabatoge Times, “Seeing how badly it had affected some of them, it didn’t feel right to release a big rock record that wasn’t really about anything real.”

His decision to tap into the harsh reality proved to be a boon for the talented Brit who counts Springsteen, Guthrie, and Elliott Smith as key influences. The inspirations are fitting, because Pearson’s achievement over the course of the nine songs of Mercury State isn’t far off from the accomplishments of his heroes. Being an unwavering fan of the very same heroes Pearson holds dearly, I acknowledge the likely sacrilege inherent in saying the young Pearson’s songs are of such a caliber, but I’m not about to balk at the talent that’s right in front of me in fear of knee-jerk skepticism. 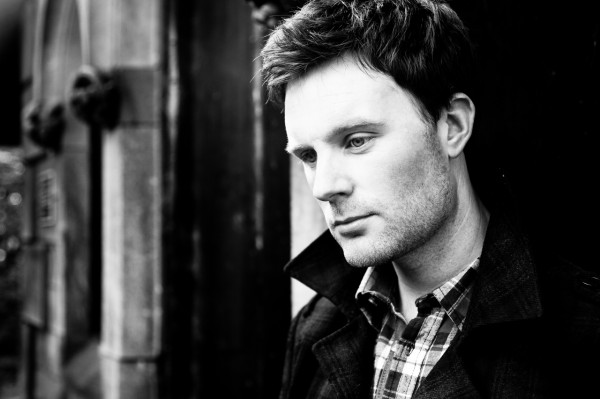 Pearson’s songs are stark and evocative of a modern hardscrabble world, but he never settles for merely paying homage to his songwriting idols by lifting their creations. One thing you’ll quickly notice by the second or third full listen to Mercury State is that you can take delight in picking out Pearson’s artistic influences throughout, but you never cease to realize you’re enveloped in the world of an original voice displaying his own heart and hard-fought dreams right before you. Besides the obvious debt to The Boss on Mercury State (Nebraska, Devils & Dust, The Ghost of Tom Joad, and a stripped-down Darkness on the Edge of Town all come to mind), I can’t shake how comfortably Pearson’s output complements the rich catalogs of two of my favorite singer-songwriters of the past decade-plus: Ryan Adams and Josh Ritter.

As with each of those men who have predilections for combining perceptive prose with evocative, folk poetry, Pearson is also as versatile as his peers at shifting from sparse ballads with nothing more than piano or acoustic guitar to turning up the guitar while delivering a message with a muscular dose of rock and roll noise in tow. The gorgeous minor-key piano ballad “I Still Believe” is Pearson’s most deeply satisfying of the former, and it mesmerizes and wallops you in all the same ways Adams’ entire Love Is Hell does or a restrained Ritter gem like “Idaho” can do. Pearson lifts the curtain from the swampy riff and military march of “Promises” that precedes the ballad to let the spotlight center on the somberly played keys and his world-weary voice to deliver a bare bones heartbreaker of paramount urgency.

Pearson sings, “I wrote hundreds of songs / Played in a few bands / Without looking / Ten years had passed / Worked more than a few jobs / And it’s hard to hold on to things you can’t see / Time passes by like a thief in the night and leaves only memories,” before begging for faith in the exquisite chorus: “Give me strength to believe that there’s still some power in the smallest of dreams. Give me some strength to believe there’s some good in a world of deceit…I still believe.”

It’s likely no small coincidence that message of Pearson’s silver-lined devastator of a song so perfectly mirrors Springsteen’s own Nebraska closer, “Reason to Believe” (not to mention Tim Hardin’s own folk classic of the same name). The Boss’s song opens with the unforgettably black line “Seen a man standin’ over a dead dog lyin’ by the highway in a ditch,” before offering up the faithful climax “Still at the end of every hard-earned day some people find some reason to believe.” The parallel between Springsteen’s dire, populist intent of Nebraska and Pearson’s own with Mercury State is impossible to deny. Still, you never get the sense Pearson is simply riding The Boss’s coattails. Although Pearson certainly wouldn’t be the first musician to do so and (presumably) he would be just as likely to be flattered as offended of such a suggestion, the end Pearson achieves on songs like “I Still Believe” and Mercury State as a whole is not earned merely through means of homage.

Pearson gets loud and gritty on the blues-driven rock “Promises,” “Hard Times,” and “Medication.” The riff and kick-drum of the former harkens back to Springsteen’s “State Trooper” and some classic P.J. Harvey before Pearson brings in the keys during the chorus and grinds out a fantastic bridge to make “Promises” a genuine, steel-tipped pressure-cooker. Pearson’s furious strumming and the backing keyboard of make “Medication” make it a back-half counterpoint to “Promises” while he snarls the couplet “God give me some salvation / I need my medication / Lead me not to temptation / I need my medication” with a hint of Stone Roses in the sonic assault. Pearson chews into a distinctly Auerbach-like lead on “Hard Times” while fittingly summoning Mercury State’s most arena-ready chorus of “If I can make it there, I can make it anywhere.”

Stunning with every different hand he plays on Mercury State, some of his most powerful moments come in quietest moments of heavy introspection. On “Old Friends,” Pearson sings, “Old, old friends of mine / You’ve been right there by my side / From city lights to foreign shores.” His gently weathered vocals, aching lyrics and strumming matched to the crisply entrancing production calls to mind an adept balance between moments of Damien Jurado’s recent Richard-Swift-produced album, Maraqopa, and a few of the more modest arrangements of Damien Rice’s brilliant 9 Crimes. Pearson’s dourly powerful songwriting stays on par with such heavyweight company on the gripping Mercury State opener “Factory Floor” (perhaps the most noticeable reminder of Pearson’s love for Elliott Smith) and the fantastically down-hearted “Rat Race.”

Perhaps, the most telling lyrics for Pearson’s aspirations of Mercury State come in the album’s centerpiece of “Rat Race” and the final track, “Lights.” He opens “Rat Race” with the line, “I was raised as the son of a working man / There’s no use without a pen or a shovel in my hand.”

It’s a telling admission from an earnest songwriter who writes and plays songs and admittedly spends most other waking hours running his own label, promoting his music through social media, booking shows and marketing his personal brand while countless others get to enjoy a taste of excess and relative ease that comes with big-label funding and promotional firepower. Many such musicians are performing excerpts of their own less-convincing musical output on a (presumably) bloated Grammys broadcast this very moment as I write of Pearson’s recession-inspired gem of an album. It’s not hard to imagine that he is toiling away across the Atlantic, tirelessly scrapping for gigs and print and heeding little mind to the Clear Channel favorites walking off with bronzed gramophones this evening.

Deeper into “Rat Race,” Pearson sings, “I was sure of my potential / Sure of everything I planned / I lost my wife’s love over the bills / A month back as a single man and running for the hills / It’s a hard race to run when you’re running with the rats / They’re picking over my bones / and they’re feasting on the scraps.” It’s equally as easy to suppose that whoever takes home main songwriting awards tonight won’t have written a line half as in tune with the routine hardship the majority of the 99% have faced at some moment in the past five years.

Even digging into realistic trials with unwavering sincerity, Pearson ultimately refuses to submit to the dire circumstances. His final lyric of Mercury State arrives in “Lights,” and the lasting effect is somewhat akin to a hopeful prayer that hangs in the air amidst the blanket of realistic grey that had preceded it. He sings, “I found hope in some simple chords / and I hope you find whatever it is that will get you through the darkness.” It’s a lyric both willfully naïve in the intangible power of art, and it’s a necessary faith in the belief of a potential, lasting goodness in the unflinching face of a harsh daily grind.

Pearson’s willingness to look that everyday darkness right in the eye and his refusal to crumble in total melancholy is one of the most impressive accomplishments he pulls off on Mercury State. That he crafts an entire album of songs that are bleakly poignant in their sincerity and thrilling enough to keep you hanging on his every word and begging for more puts him right in a class with his most cherished heroes. Mercury State is a major statement from a commanding songwriter whose songs will have the opportunity to be heard on a large scale…if there’s any justice in this recession-beaten world.

*This post first appeared on The Silver Tongue on February 10, 2013.