Mirage Rock makes me miss Band of Horses. There are just enough touches of the original scruffy indie folk-rock band in Band of Horses’ latest album to make me nostalgic for everything that I loved about them when they first blew my mind with 2005’s Everything All The Time.

Nobody wants to make (or hear) an album that sounds just like the previous albums, of course, but with Mirage Rock, Band of Horses sounds like a band struggling to define itself. Granted, when a band has had as many personnel changes as Band of Horses, sustaining any continuity of sound must be a challenge.

Mirage Rock has a promising beginning, with the lead track Knock Knock delivering a punchy raucous anthem punctuated by some infectious drum work. Throughout the album, there are moments that channel the spare earnestness of Band of Horses past, but sadly those moments aren’t sustained. And then there’s a song like Dumpster World, which is really kind of cringe-worthy, with shouted lyrics like “break out everybody in jail, let’s get it on” and “don’t pick up that trash, put more of it on the ground”. It’s just perplexing.

A bonus disc entitled Sonic Ranch Sessions has a loose and rambling sound, not entirely unexpected from a band that’s kicking back and using up some session time. The bonus EP is fine for what it is, but it didn’t particularly do anything for me.

Mirage Rock harkens back to 70’s country-rock, and not in a particularly good way. I kept thinking that I was listening to the Eagles. 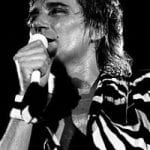