Caramoor Dispels the Myth that Bigger Is Better

In a super-sized world where there is a notion that everything bigger is inherently better, last weekend’s American Roots Music Festival at the Caramoor Center for Music and the Arts proved that less is more. Opting out of the currently popular multi-day mega-event with an audience of a half-million people, fifteen stages, forty-two headliners and two thousand musicians, what they offered instead to the appreciative audience was a day of wonderful and intimate performances from some of the area’s top artists, an opportunity to connect and engage with various elements of the local music community, and an evening concert featuring the Lone Bellow opening for Rosanne Cash.

Had I listened to Siri, my robotic partner who dwells inside my iPhone, I could have shot up the interstate and reached Katonah New York in less than 20 minutes from downtown White Plains. But with the weather absolutely delightful and the country roads more scenic, I took my time to take in the sights while listening to some new music. Or new old music. With no need to fight the traffic, it was an easy ride. I had visited this 90-acre estate a few times in the past for evening concerts, but turning into the long and winding lane with orange banners evoked the feeling of entering a medieval forest.

Coming out into a clearing, parking in the meadow was free (hasn’t anyone told them that this is New York?), and the walk to the festival entrance was about 50 feet and took less than a minute. Taking time to take a look around, the food area had extensive veggie items and adult beverage offerings, a burger truck, picnic food in baskets, and tables. For future reference I wanted to scope the Port-O-Potty line and almost freaked out when a staff member pointed to a large building. Real rest rooms. No lines. Flushing commodes. Soap. Hand towels. Sigh.

On the main field, there was the stage, big trees on the sides, a large canopy that was set back  and accommodated those seeking refuge from the sun, more picnic tabless and, staked out around the edge were the various Cultural Partners and sponsors. The last two groups included popular radio station WFUV (90.7), the Walkabout Clearwater Chorus and Coffeehouse, Acoustic Live! in NYC, the Ridgefield, CT. concert series CHIRP with my new friend Barbara Manners, Hudson Valley’s musician collective Tribes Hill, and concert presenters River Spirit Music. A big thanks to my friend Carter Smith of Common Grounds Community Concerts for letting me grab some shade under his tent to promote The Rivertown Community Sing, our local song circle.

The daytime concerts were of a different format than I’ve encountered before. In addition to the artists and bands playing an amplified set on the main stage, they also rotated to the grove next to the Sunken Garden — oh yes, of course there has to be a sunken garden — for an all-acoustic set. Many of the musicians took this opportunity to play together, take requests, interact with the crowd and be able to stay to see other acts perform throughout the day.

The music was stellar. Bouncing back and forth from the two areas, I got to see everyone. The lineup, and not in any particular order, included the folk- and gospel-tinged sound of Kim and Reggie Harris, storytelling singer-songwriter Joe Crookston with the great guitarist Peter Glanville, American roots band Spuyten Duyvil whose members seemed to be playing everywhere all throughout the day, and the Walkabout Clearwater Chorus — Pete Seeger’s folk collective. Two great young bands came up from Brooklyn: Cricket Tell the Weather, offering up two strong sets of bluegrass; and Miss Tess and The Tallbacks, who do “modern vintage” and have a new album out on Signature Sounds. And, hats off to Matt Turk, a multi-instrumentalist and singer who wandered throughout the grounds, providing ambience and entertainment as the designated minstrel.

Headliners for the day, which brought all the festival-goers together on the main lawn, was a special performance from bluegrass superheroes Bruce Molsky on fiddle and banjo player Tony Trischka, joining up with another Brooklyn-based musician, Michael Daves on guitar and vocals.

Before folks could catch their breath, all of the daytime musicians gathered together as one on yet another small shady grove, for what they call the Social Music Hour. With Spuyten Duyvil’s Mark Miller facilitating, the audience was invited to play along with their  instruments that they brought and, in true community, we all sang together. Using a framework of songs that Pete Seeger either wrote or played, each musician took a turn leading a tune, and everyone traded licks and breaks. It was the perfect ending before the sun dipped down.

After an hour or so for a dinner break, the Venetian Theater opened up and was packed when the Lone Bellow took the stage. I know it’s hard to believe, but this is yet another Brooklyn band. The trio’s debut album has been getting a lot of exposure, and they are running heavy this summer on the festival circuit. At the opposite spectrum to the day’s folk and old time music, they brought the audience to their feet with a loud electirc and almost arena rock-like vibe.

Rosanne Cash, along with husband/producer/songwriter/guitar ace John Leventhal, and her band, was the cherry on top of the sundae. Touring on the release of what could be this year’s top Americana album The River & The Thread, Rosanne announced that she wanted to perform the albums songs in sequence, and she did it skillfully and with precision. Taking the time to share something about each song, and engaging openly with the audience, she delivered what for me was the finest set I’ve seen in years, from anybody. And the band was on fire, with Leventhal playing hotter than I’ve ever heard anyone else play in a long, long time.

Couple of things to note before I close this out.

I often write here about going to shows, and noticing that it’s mostly older folks in the audience. This festival was all ages — teens to twenties, new parents with toddlers and tykes, couples in their forties and fifties enjoying the day with friends and family, and a few of us experienced, dignified people. Maybe it was the Brooklyn-based musicians that brought the kids with ink out to the country, or maybe it was because this day was more than just a show. It was a collective and collection, a coming together not for the flash and bang, but for the sound and joy of music and community.

The staff and team at Caramoor deserve much recognition, because they did a fantastic job of making the day simply perfect. And during the summer they seem to do it day after day, for not only all sorts of musical concerts, but a wide range of events. It’s a beautiful place to visit, both the estate grounds and the main house. I should share that I had a bird’s eye view watching this event come together over the last few months, as artistic director for roots music  and concert presenter Maggi Landau is a special friend who let me look over her shoulder every now and then, and I thank her.

If you’ve got some time and want to learn a bit more about Caramoor, I’ll drop in a video below that you might find interesting.

Thanks to Gabe Palacio for the photos, and Siri for amusement. 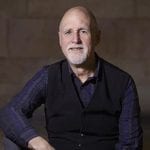 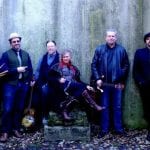