On their third full-length album, Animalia, Canmore, Alberta’s Elk Run & Riot continue to refine their songwriting with AOR-ready arrangements—ringing guitars, soaring harmonies and heartfelt melodies. Animalia is officially released March 2 on vinyl and digital through elkrunriot.com. They’ve shared the first track off the album, “Wandering,” a story about coming to terms with a relationship that is too far gone to bring back.

The songs on Animalia are a mix of old and new. The band experienced a fertile writing period during summer 2017, while other songs date back to Elk Run & Riot’s beginnings, dusted off and given a facelift. It all came together during two intense days in September 2017 at Calgary’s Studio D, overseen by co-producer/engineer Steve Dierkens, who also provided drums along with Kent McRae.

Lyrically, the songs tell stories of love, addiction, and everything in between that goes on in the trenches of the Bow Valley. Along with “Wandering,” Animalia’s standout tracks include “Industry Night,” a shout out to those who work in the service sector in the tourist mecca, Banff. It’s a tale of life moving way to fast but at the same time not going anywhere. As well, “Something To Prove” reveals a darker side to the record, examining the struggle of life’s uphill climb, while “Thick As Thieves” describes two souls coming together under the worst conditions and finding reassurance that all they need are each other. 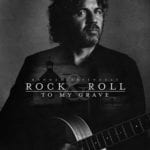 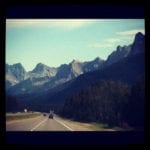