The albums of Cameron McGill are chock-full of ideas and inventions beyond anyone I’ve listened to in recent years. The fact that this man is not already a household name is surprising, but, in a way, comforting. With today’s white washed pop culture, it’s only fair that something so original and raw would escape from the normalizing processes of multinational companies.

I’m not saying that major labels exemplify a Mephistophelian conception of evil; I’m just saying that it’s not easy to imagine the multifaceted songwriting of a McGill trapped into a rigid format. Also because, unlike the short attention spans of modern record executives, McGill is practically an encyclopedia of rock and pop of the last fifty years.

What’s fascinating about McGill’s records is above all the sensation of romantic abandonment, the idea that each song contains a little universe of sounds that crosses cities, girls, rivers, memories, hills and buildings like as if we were still in the era of medicine shows.

And it seems like this Universe couldn’t be sung by anything but that voice and played by anything but those daring tangles of 6-strings, piano, gypsy violins, winds and percussions.
Growing up a small town boy. McGill becomes fascinated by the magnetism of big cities (just like Bruce Cathwin), and travels all across America in search of his personal “song”.
During this trip he certainly found Dylan’s electric folk-rock, the ramshackle rock’n’roll poses of David Bowie and the rustic sound of The Band. McGill also learned to turn his songs into a unique sorcery that views rock’n’roll as if it meant to be torn apart just to be rebuilt in a new “combination”.

STORIES OF THE KNIFE AND BACK

You need a lot of guts to debut with an album called Stories Of The Knife And Back.
Firs t of all, the album’s most violent and cacophonous track is the strangely titled The Ballad Of George Dobbins (not a ballad at all) while the minor chords of Long Way Back To California and Stitches (beautiful) never miss the opportunity to turn into electric joyrides and tongue-in-cheek glam-rock.

Every part of McGill’s debut is based on the refusal of common clichés: Oklahoma (Give Me Company) shakes keyboards in pure Al Kooper style with sleepy sentiments worthy of David Gray, Tell Me On The Way Back Home starts like a whisper but then turns into an Irish-punk explosion that brings The Pogues to mind, Pave Them With Gold and Up In Arms sound like Josh Ritter arranged by Van Dyke Parks, the splendid Overboard comes off like a soulful homage to The Zombies.

The following Street Ballads & Murderesque inaugurates a formal alternation that will become a sort of landmark for McGill, with every “crazy” record followed by a more absorbed one. This album brags about European pedigrees and is full of acoustic ballads that sound reminiscent of ‘90s Brit bands, The Verve and Stone Roses.

From the piano of Dirty Green to the devastating harmonica of the Dylan-esque Love’s Worst Day, the whole record is a poetic and balanced flowing of romantic elegies scratched by rage, disenchantment and melancholia.

This doesn’t prevent McGill from placing some knock-outs of pure genius, the regretful Worry About A Thing saturated with ambient sounds, the melodrama of the solitary Untitled.
In Birmingham McGill ditches the alt-country manual and dives into a Small Faces-styled rock-cabaret while in the unforgettable bridge of the last It’s Not Right a piano starts a fight with a guitar.

After the Ep The Company Of Great Thieves (McGill will later “steal” again every song from this Ep a part from the beautiful Betsy Wrote To Me), the definitive big bang arrived with Hold On Beauty, an amazing collection of dreamy folk-rock that brings to mind early 70s Beach Boys and Byrds into a powerfully original mixture.

This is also the first time McGill employs What Army (a sort of ethylic E-Street Band of folk rock) as his backing band.

Do not expect something predictable from a guy affirming that his main influence is “Brian Wilson’s solo piano version of Surf’s Up” (!); instead, get ready to experience a kaleidoscope of sounds that marries Robert Smith’s The Cure (Between The Wars, overwhelming), with the pop vaudeville of early Kinks (Strangers Art and the title track are worthy of Ray Davies’ best), the gloominess of Jackson Browne (Depression Glass) and band arrangements that could have a lot to teach Pete Yorn (China Black Tea).

There’s not one throwaway on Hold On Beauty: the talent that fills each song is worth the entire career of many other musicians. For example the “wall of sound” (guitar, piano, violins and punchy drums) of XO Hurts seems a perfect example of the fine art of arrangement where delicate nuances go along with rock’n’roll urgency in a miraculous balance.

On the contrary, Warm Songs For Cold Shoulders is a haunting box of pop-rock chocolates, inevitably marked by flavors, colors and autumnal references. The addition of Katie Bracken (Those Transatlantics) contributing backing vocals to a handful of songs, makes for an even dreamier album, and McGill sounds like Neil Young or Bob Dylan fronting The Beatles in 1965.

The arpeggio on Please Don’t Let Me Down (dense with humidity and bitterness) will strike a chord with fans of Canadian alt-country artist Doug Paisley.

The majestic electro-acoustic balladry of the masterpiece Lose Americans will dissolve the doubts of anyone who spent years searching for a folk-song capable of translating political rage into a great pop song. The dreamy, jazzy spirit of Moon Suite would make a perfect soundtrack to a rainy day in Paris and Low Ways is an instant classic.

If Warm Songs For Cold Shoulders appears too conciliatory; point your attention to the recently released Deserters EP, framed in a wonderful packaging that looks like an old floppy disk if filled again with unpredictable eclecticism.

The opening song, Dead Rose, is another instant classic where riffs jump out of the blue and a hypnotic southern atmosphere turns into a dense psychedelic mood. On the contrary, the closing track, Loose Tooth, sounds like one of the most inspired low-key ballads by Ryan Adams.
Right in the middle there’s the country-rock of Sunlight Is The Only Light I Have (that takes off in a Waterboys-esque crescendo), the bewildered sense of humor of the amusing I Don’t Believe In Magic (But all My Friends Just Disappeared) and the acoustic caresses of the heavenly Haley’s Coming Down.

If you agree that the American folk indie scene is suffocated by years of fear and conformity, do yourself a favor and throw yourself with reckless abandon into the spin-drier of styles offered by Cameron McGill and his What Army and support those who still entertain the idea of daring. 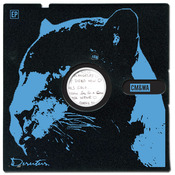