Granted I’ve only been to Bumbershoot a handful of times, but this was the first year when it actually became necessary to have an umbrella. I don’t want to waste your time with too many comments about the weather, but it did dictate a lot of choices this weekend, so it merits more than a passing mention. For example, Monday morning, the final day of festivities, I turned down the opportunity to check out the Minus 5 and Point Juncture, WA, in favor of an indoor set from the Cave Singers, simply because it was raining. Of course, the result was one of the best sets I saw all weekend.

Pulling largely from their just-released sophomore album, Welcome Joy, these local guys simply underscored what I’ve been feeling and hearing a lot lately: some of the best roots-inspired music on the scene these days is happening right here in Seattle. Though frontman Pete Quirk adds a lot to the mix when he picks his guitar, it’s such a nice dynamic when he puts it down and leaves the instrumentation to guitarist Derek Fudesco and drummer Marty Lund. The amount of sound these three manage to churn out with just an acoustic guitar and a very stripped-down drum kit (plus some bass pedals and the occasional maraca or tambourine in Quirk’s hands) is notable in itself. Forget that their melodies are somehow surprising and intuitive at once. They packed that little lounge and played an incredible set, but something was lost later when they took the act outdoors to play on a larger stage in the wide open air. Like snapping a rubberband and losing the tension. Maybe this band is best in intimate spaces, or in headphones – the kind that go over your ears, not in them.

Other locals dominated my favorites list, too. In my wrap-up of Bumbershoot’s second day, I already talked about Sera Cahoone’s two sets (as good outdoors as in – she’s on the road now with Son Volt, by the way, so keep an eye out), and those of Hey Marseilles and Hanful of Luvin’. Local chamber pop band Grand Hallway put on an outstanding performance with two fiddles, pedal steel, keys, accordion, bass, drums, acoustic guitars, and, at times, four-part harmonies. On the other end of the sound spectrum, local Americana rockers Massy Ferguson somehow slipped my mind when I was writing up Day One, but in fact their bar-band energy rocked the Starbucks stage just as the festival was getting underway. It also inspired some memorable dance moves from my fellow festivarians. I had asked that band’s lead singer, Ethan Anderson, about our local emergent roots scene. After all, they’ve been playing in it since before attention shifted to the style. He said:

The quality…here is really high and there also seems to be a sense of camaraderie among the musicians that I haven’t seen before. I’m stoked to be a part of it because I look up to a lot of the musicians in this scene. We were just talking about that as a band…why Seattle has this burgeoning scene, because it’s not what Seattle is typically known for. Our best explanation was that there’s something about the Northwest’s frontier past that makes this kind of music appealing. That could be part of it. Also, Americana and roots music is honest and real. I think grunge had that too but the music overall was darker.

Getting away from the local sound, though, there were quite a few notable roots acts from around the country on the bill this year. All said and done, I’ll hold to my assertion that Dave Alvin & the Guilty Women delivered the very best set of the whole weekend from the Starbucks stage Sunday night. From what I hear, they took the greatness all the way back to the Tractor for a memorable after party, as well.

Bumbershoot had its share of surprises this year. Most people I talked to were impressed with Katy Perry, which is saying a lot coming from a slew of jaded critics who hold fast to their indie street cred. Yeah Yeah Yeahs gave a stellar main stage set. Old 97s were another easy, honest highlight. Monday afternoon, a band I can only think to describe as “world fusion,” whatever that is, blew some minds from the KEXP-sponsored stage. Dehli 2 Dublin sounded a lot like the name would suggest. I wouldn’t think to toss together tablas with Celtic fiddling, but it worked and was the only thing I saw on that particular stage all weekend which made me want to stop and listen. There were also great performances from the Devil Makes Three, whose energy fought off the rain, Soulsavers with Mark Lanegan, and Todd Snider’s goodnight set on Day Two.

The biggest disappointment came from the Honey Brothers, who I thought sounded good on YouTube, and whose energy just didn’t translate to the festival stage. But, having caught somewhere near 30 bands in one weekend, the small disappointments were far overshadowed by the successes. And, now that Bumbershoot is gone, so is the rain. Time to nurse that ol’ festival hangover and get my share of Vitamin D.

Stay tuned for Carrie Robinson’s Bumbershoot photos and my interview with Old 97s. 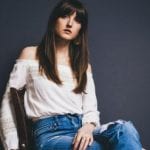 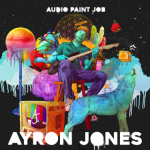 Ayron Jones Is The Next Generation Of Rock And Roll