In the world today, what’s new is new. If it shines, we love it. But, what’s new becomes gradually and increasingly old, by the minute. In the world of popular music this is numbingly true. Trends are created by corporate nobodies then marketed, followed as bridges and trails are blazed and burned away.

Then, once in a great while, artists like Brian Wright come along. He’s new, but his sound is old, in the best sense of the word.

Some people call it real or authentic, others call it ‘classic.’ Much of this streams through what we today often call, ‘Americana.’  It can’t be contained or tamed with labels, but instead, it recalls all of the ones we’ve ever named be it folk, country, rock & roll, blues, jazz, gospel or soul. It’s all there.  We heard it the first time we heard Booker T & the M.G.’s, or Buddy Holly.  It called to us in the crazy voice of Elvis, the lonesome songs of The Carter Family or the indefinable ache of Blind Willie Johnson. Today, we follow this trail with Iris Dement, John Prine, Steve Earle and Dylan. 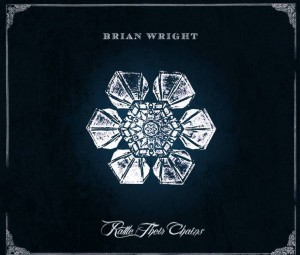 These days, this same uprising of the renegade artist who follows his own voice can be heard in native Texan, Brian Wright. His latest release is the most recent evidence of his stronghold on his artistic vision. Wright is an Americana legacy in the making with a growing string of critically successful albums already to his name. Embedded in the songs on the new album are the pleasant haunt of folk and country saints who include Kris Kristofferson and Waylon Jennings on songs like, “Haunted” and “We Don’t Live There,” respectively. “Red Rooster Club” calls up a late Saturday night in the heart worn kitchen of Townes Van Zandt and Guy and Susanna Clark. It’s hard not to imagine the three of them humming along on this one. But, through this steady stream of influences run a driven originality. That is the beauty of Rattle Their Chains and Wright’s past releases.  It’s the marriage between his own voice and the collective unconscious of the finest of Americana artists of the past 50 years.

When the most important artists of the American music movement have come to the decision to find their fortune and their most distinctive voice, it seems they often choose between east and west. Some have gone to New York City. Others have gone to Los Angeles.  Wright came to L.A. with dreams of rock success in mind. He was clearly a unique guitar champion. But, L.A. is a place where many go with their dreams of this kind of success and most fail. However, Wright had a secret tucked away in his Texas roots. When he came, his origins had nothing to do with it. But, he had parents who buried treasure in his psyche. Growing up, his mother loved folk music. It led him to a path of hearing some of the great icons of the genre including Bob Dylan and Townes Van Zandt. His father loved country music. He loved great country music, which led Wright to the timeless voices of Hank Williams, Waylon Jennings and Johnny Cash. 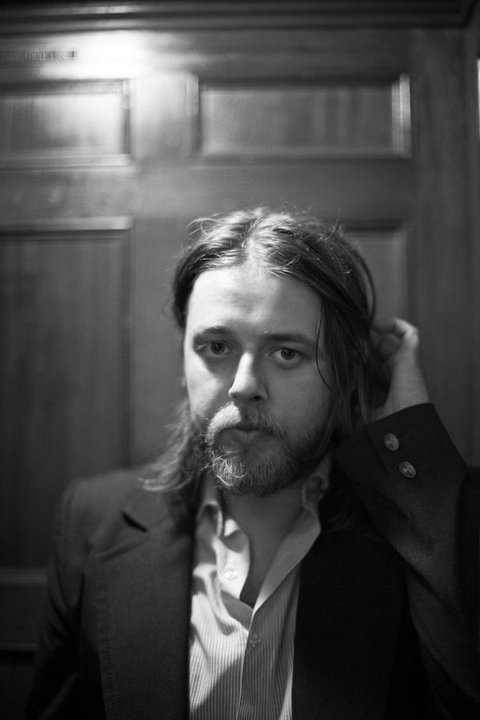 During his ten-year stay in L.A., he may have taken Guy Clark’s advice and stayed off the L.A. freeway, but he didn’t forget the path that led him to his home in Texas and the music he heard there. In a transition that would shake his talent out from his deepest voice, Wright began writing songs with lyrics that reflected the terrain of artists he had heard in his childhood like Kris Kristofferson, Waylon Jennings and Townes Van Zandt.

As he stated during a recent interview, he found what he calls an ‘aptitude,’ for writing country and blues songs. “I found I had to be more direct lyrically. There was this inner connection I found with the sound. I didn’t know how country I was until I got out of the country.”  He laughed.

When asked about his influences in both the country and blues genres, he said, “I like the more country, Delta guys like Reverend Gary Davis and Son House.” He continued, “My country influences would be Hank, Kris, Lefty and George Jones. In rock it’s all about the classic bands like The Beatles, The Stones and The Kinks.”

The result of these influences and his own innate talent, the inner connection he speaks of has produced a bold and consistent debut series of recordings that lay a foundation for years to come. He’s got substance and style over most of today’s most predicted-to-be successful Americana artists.

Rattle Their Chains, like most albums by destined-to-greatness artists, reflects unusual influences as easy bedfellows like the “Hear What I Want to Hear,” which introduces a Roger Miller whistle to a Doug Sahm vocal vibe and a beautifully conceived hook that could have easily played on the am radio of ’65.  It’s as infectious as any good pop song could be without losing the dynamic bottom end that keeps the proceedings moving.

There’s an easy exchange and interplay on Rattle Their Chains between the acoustic and electric, the poetic and the lyrical, the metaphor and the stark reality of coming to terms with mortality.  The song “Rosalee,” a reflective confessional of surrender, reflects much of what Wright has accomplished as a songwriter.  The song begins with the weariness of a lover who discloses his past: “I’ve been a captain, a hunter and gambler, a trailer and trapper of songs, a ghost and fixture, a hope and wish hanging high on a mast of a dream.”   It progresses and builds into a song of passion, loss and redemption with the words, “I’ll be your change in direction, your boldest confession, gloves up at all times in the rain. I’ll be the secret you hold that nobody knows, I’ll be the water that washes you clean.”

The production here is well-crafted with each song fully realized mixing steel guitar with blues licks, banjos, mandolins and a heavy foot on the bass drum.  The temptation to overwhelm the song with too much production is aptly avoided in favor of clarity and a sonic space that allows the lyrics and themes to breathe. The musicianship is skillful with each player lending a hand in the greater good of the song. The album is a rare example of true art in the studio.

Each song on this collection leads us down some poetically rendered insight but none work so purely and completely as “Weird Winter,” with snapshots of road trips and the impressions of people witnessed along the way. It ultimately leads to the images of death, but then returns to the lighter moments of “laughing like we’re never going back.”

Rattle Their Chains is a major accomplishment from a current artist on his way up the fame-chain. It’s the same path taken by so many others, but his distinction is the personal vision that he has created with clear-eyed lyrics, well-crafted production and music that cuts deep into the soul.  Brian Wright is a new artist who brings the best of the classic vintage sound most of popular music has thrown away. To walk with him, through this new album, you may find yourself feeling like you’re walking through the visions of an artist who will both haunt and inspire.

Brian Wright is currently touring with Sarah Jarosz through November. For dates and venues go to his tour schedule page.