Brian Wilson turns 70 today. If someone would have told me, ten years ago, that on this day, he would be on tour with Mike Love, I wouldn’t have believed it. And I probably would have thrown up at the thought of it.

It was just over ten years ago, that I first saw Brian Wilson perform. I was a sophomore in high school, a full-fledged Brian Wilson fanatic and just lucky enough to catch him on the Pet Sounds Symphonic Tour, shortly after he’d gone back on the road after years of isolation.

I couldn’t have asked to see a more iconic live show. The music was better than ever – orchestral and masterfully arranged by none other than Van Dyke Parks, arguably one of the most brilliant lyricists of any generation and also, one of the most eccentric characters I’ve ever met in my life. Accompanying Brian on the Pet Sounds Tour, was one of the most proficient touring bands of all time, a group of players led by Darian Sahanajah, who not only understood the music, but connected with it on a necessary, deep, spiritual and emotional level.

Of course, Mike Love never understood any of that. In 1967, he infamously disregarded Parks’ words and his cousin Brian’s artistic vision. He questioned the validity of a line like “Over and over the crow cries, uncover the cornfield” due to fear and ignorance and made his mark as the creative nuisance of the 1960s. Love’s “ding-woody-pearl-hang-ten” formula, something he clutches onto until this day. Even though, he doesn’t surf.

But money was and is 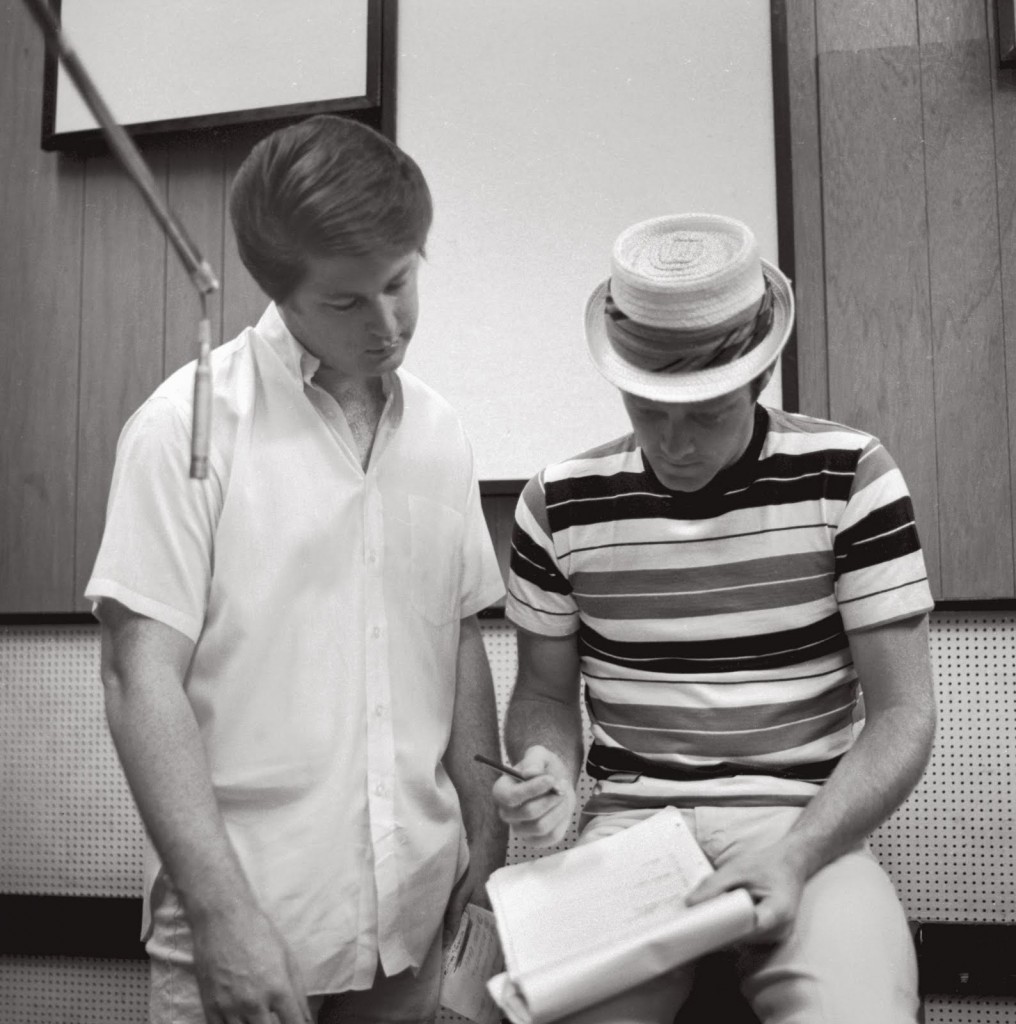 what mattered to Love, not creative growth. And even after the release of Pet Sounds, he would have opted for the band to become an oldies act, rather than to create groundbreaking music. He is, for lack of a better word, a jackass. A jackass who got the rights to the name ‘The Beach Boys,’ even though Brian Wilson is The Beach Boys.

But now, after 50 years of making music, The Beach Boys have reunited. Well, some of them. Carl and Dennis Wilson are dead, that is, the two other creative forces in the group besides Brian. His harmonious brothers, whose solo work from Pacific Ocean Blue to Carl Wilson, proved that genius truly runs in the Wilson family. In their absence, I am sorry to say, a Beach Boys reunion feels on par with a Beatles reunion without John and George.

I don’t blame Brian for the reunion. He isn’t a showman. Mike Love is. And I will admit, he has his place – entertaining audiences like a dancing monkey clown, which these days might work to Brian’s advantage. Brian is extremely withdrawn. He also isn’t in control of his “business.” And beyond that, he is a man who never ceases to shock and amaze me. 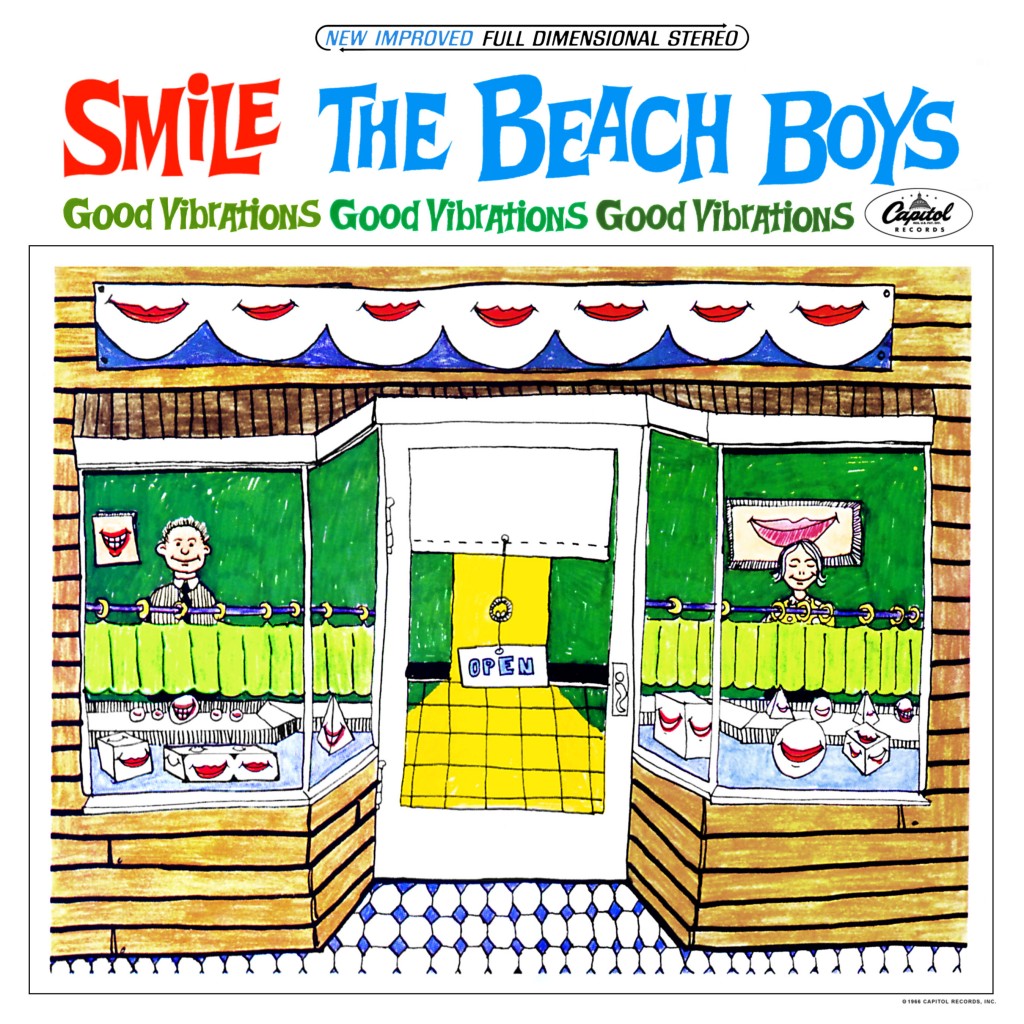 At one point, I wouldn’t have ever believed SMiLE  would be released. As a teenager, I had over 75 bootlegs of it and would sit around trying to figure out what the album would have been like if it was released (under the guidance of Look! Listen! Vibrate! SMILE!). What else could I do? It was after all, the follow up to Pet Sounds. A “teenage symphony to god.” And an album Wilson swore would never come out. Because, as he fictitiously claimed, he had “destroyed the tapes.”

Then the unimaginable happened – Brian announced he would be performing the album live, in its now finished entirety. When I heard the news, I flew to Liverpool, England, three days after it opened in London. The show was as close as anyone could get to musical enlightenment. Brian, like Beethoven with the creation of the 9th Symphony, was the living embodiment of the extraordinary capabilities of a solitary human being.

I have seen Brian in concert, nine times. I had to. I always lived with the thought in the back of my mind, that every show could be his last. He’d get scared again or give into the ‘demons.’ His persistence these days, is inspiring. And no one in the world is more deserving of due recognition and praise. 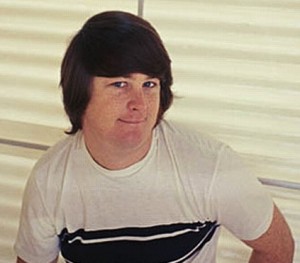 Though I won’t be including a Beach Boys reunion on my list of Brian Wilson shows, I am glad to see he’s gotten back the use of the name. Unfortunately, I once saw a free Mike Love Beach Boys show at a casino in Niagara Falls at the age of 19. It was atrocious. But, I went in protest to hold up a sign that said “Over and over the crow cries uncover the cornfield.” Mike pointed at the sign, then whispered something to Bruce Johnston. He seemed irritated. After the show, a friend offered to purchase me a KOKOMO license plate to commemorate the evening. I wouldn’t then, and will not now advocate “Kokomo” nor will I put money in Mike Love’s pockets.

But, Brian Wilson is a legend. A true original. There will never be another like him. And there is a good reason why Pet Sounds sits at the right across from Bob Dylan’s Freewheelin’  on the top of our website. Brian is a man, like Bob Dylan, whose influence will never end and who everyone should see at least once in their lifetime. And if California had a soundtrack, it would consist of songs penned by Brian Wilson. So, if touring with Love is what makes Brian happy, comfortably keeps him out on the road and inspires him to create new music, then that is what counts.

From Los Angeles, CA – Happy Birthday Brian and thank you for the music.