BR549 found its future by returning to its past. Forced to reconsider the band’s prospects when two key members departed at the end of 2001, the remaining members of BR549 put things on hold instead of hanging it up. Rumors circulated that the band was finished, and no one involved corrected or confirmed them.

The original quintet — Mead, singer-guitarist Gary Bennett, drummer Shaw Wilson, bassist Jay McDowell, and multi-instrumentalist Don Herron — performed its final shows December 28-29, 2001, on the Grand Ole Opry at one of the show’s occasional Ryman Auditorium performances. On New Year’s Eve — the first one BR549 hadn’t played since forming in 1995 — Bennett and McDowell contacted the rest of the band to say they were leaving. A lot of hand-wringing and intense conversation followed, but there was little the rest of the band could do to convince them otherwise.

The split didn’t come from tension or hard feelings. Bennett had never adjusted to the constant travel, and BR549 lived on the road, averaging between 150 and 200 shows a year. Bennett, who grew up in rural lumberjack country in Washington state, had quit the band once before, in the middle of a long road trip in 1997, worn down by the daily travails that come with the lifestyle. The band persuaded him to stay, but the constant traveling never became easier for him. The band was struggling by late 2001 — their Sony/Lucky Dog album This Is BR549 was the worst seller of their five albums — and Bennett figured it was time to give it up.

McDowell, meanwhile, had endured a series of setbacks. He’d developed an infected wisdom tooth while touring Europe that had become impacted, and had to finish the remaining dates in excruciating pain. He also broke his acoustic bass during a show and badly injured his string-plucking hand. Each show brought more pain as he tried to keep up his part. Even after they returned stateside, the hand hadn’t properly healed, because McDowell never had time to let it rest. He was also newly married, and when he added everything up, it seemed a good time to get off the road.

“We understood completely,” Mead says. “But that doesn’t mean we all were ready to stop. It just didn’t go down easy because we all loved this band — Gary and Jay, too. It wasn’t an easy decision for them to make or for the rest of us to accept. We weren’t sure how we’d go on, or if we should go on.”

The release on March 9 of Tangled In The Pines, a new BR549 album on Dualtone Records, reveals how they answered that question. What remains to be told is how they got there.

Not suited to sitting home night after night, the three remaining band members regularly found themselves returning to Lower Broadway, where the band first built its reputation. But “the street,” as Mead and Wilson call it, bore little resemblance to the run-down part of town it had been when BR549 first formed in 1995. Back then, it was rife with seedy adult bookstores and arcades, boarded-up storefronts, and a handful of down-and-out bars selling canned beer for less than a buck.

Tootsie’s Orchid Lounge remained the area’s centerpiece, surviving largely on its reputation as the favored watered hole of country musicians in the 1950s and ’60s, when the Ryman Auditorium just across the alley was still the Grand Ole Opry’s home. The Ernest Tubb Record Store across the street hung onto its longtime downtown location simply out of stubborn tenacity.

But by the ’80s and ’90s, Tootsie’s and Tubb’s attracted an odd mixture of street people, tourists, and those interested in soaking up the ambience of the most colorful era of Nashville’s country music past. Tootsie’s and a few other clubs still offered music, but mostly it was rough blues bands and would-be country stars — those new to town and those who’d stayed far too long.

BR549 had provided a catalyst for change. Their combination of hipster attitude and traditional hillbilly bop transformed Lower Broadway into the city’s hottest music spot of the moment. Lines of fans would wait on the street to enter a packed boot store and beer bar known as Robert’s Western Wear to see the band. Greg Garing presented a darker side of traditional hillbilly and mountain music in the backroom of Tootsie’s, and between the two clubs, the scene started to draw national attention, including a front-page story in Billboard magazine.

The street began to change even before a new state-of-the-art arena opened on the corner of Fifth & Broadway. Wilson, for instance, remembers returning from the band’s first European tour to find a massive Planet Hollywood sign at the corner of Fourth & Broadway, occupying a building where, just months earlier, drunks had often urinated in the abandoned doorway. By the end of the ’90s, with the Ryman undergoing a renaissance and most of Lower Broad renovated into new nightclubs and shops, the street became a highlight of Chamber of Commerce brochures.

Who knew that hillbilly music — not Music Row country-pop, but old-time shuffles and roadhouse stomps — could still transform Nashville in this day and age?

Thus, when Mead, Wilson and Herron returned in 2002, their band broken, they found their old home ablaze in neon and resembling a Middle Tennessee version of Bourbon Street. The block was jam-packed every weekend night and abuzz with activity even during the week. 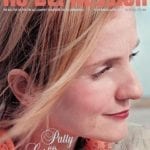