You get the feeling that Brian Henneman drinks Budweiser. You get the feeling he looks out the window of his home in Missouri and sees a hot, dusty neighborhood full of run-down cars whose tires squeal and kick up that aforementioned dust. He might remind you of a truck driver or a mechanic, maybe a gas station owner. You might not ever guess he’s the lead singer and guitarist for a quickly emerging country-rock band called the Bottle Rockets who pack a wallop the size of Bono’s head on record and even moreso onstage.

The band was assembled by Henneman, a proud native of Festus, MO, who now lives in St. Louis. Not that he’s lost touch with his small-town roots:

“I still go down there and cut Ma and Pa’s grass about once every two weeks or so,” he insists.

The Bottle Rockets’ latest album (there’s two), The Brooklyn Side, is a hit in the growing alternative-country underground. The Brooklyn Side, produced by former Del Lords frontman Eric Ambel, is a country-rockabilly trip through white-trash America — trailer parks, beat-up cars, cops, couch potatoes. (No swimming pools, no movie stars.) The album, released in November 1994 on East Side Digital, has garnered enough attention to be re-released September 19 by TAG Records, a new arm of Atlantic Records.

The fact that the band is growing in popularity might be attributed to the presence of the suddenly-in-demand Ambel. who also has recently produced Blue Mountain, Simon and Bar Sinisters.

“He [Ambel] recognized what we sounded like live as opposed to the first album, where we didn’t even know what we sounded like, because we’d never played live yet,” Henneman explains. “I knew him from the Del Lords days, plus he was a St. Louis semi-regular. Everything we did during Brooklyn Side we saw eye to eye, and by the end we were just flying on blind faith. He’s just perfect.”

Ambel’s proficiency as a producer extends beyond mere knob-twiddling. “He knows the importance of booze in the studio, too,” laughs Henneman. “You always drink red wine for rockabilly tunes.”

Formed in 1992 by Henneman, who at the time was a roadie and sometimes band member of the now-defunct Uncle Tupelo, the Bottle Rockets took shape rather quickly. “I did a demo during Uncle Tupelo’s second album and sent it to East Side Digital, and suddenly I needed a band,” Henneman recounts. “First was Mark [Ortmann, drums], then Tom Ray [bass], and last was Tom Parr [guitar]. It all took about 2 months.”

The band set out for Athens, GA, to cut their self-titled first album at John Keane Studios in the spring of 1993. The album, a 13-song romp, was heavily versed in rockabilly and country-rock and was recorded in just three days. “It was supposed to be five, but we got snowed out of the other two days, and we had to sleep in the car,” Henneman recalls. “We’d turn on the heat until you got too damn hot and woke up and shut it off, then it got so cold that one of us would turn it on again. Go figure — a huge snowstorm in the middle of March in Georgia!”

John Keane, who produced the album, sort of, is no stranger at all to the studio he owns. “John didn’t really have time to actually produce anything,” says Henneman. “45 minutes after arriving in Athens, we were cutting our first song. Really. We got there at 3pm, and we were recording by 3:45! I think it was ‘Rural Route’. I mean, John really knows his studio.”

“Every damn one of ’em is based on a true story,” says Henneman. “The ‘Lonely Cowboy’ is actually Mark’s brother Steve Ortmann! And there really was a ‘Gas Girl’.” 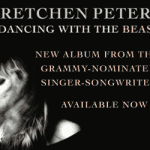