Bob Dylan, “Can You Please Crawl Out Your Window?” (Take 1)

“Can You Please Crawl Out Your Window” is one of my favorite Dylan songs, with its tumbling wild rhymes and the intense, excited, almost-shouted challenges.  It’s a song that never found a home on an album in 1965 or 1966, but works as a bridge – or maybe an escape hatch – between Highway 61 Revisited and Blonde On Blonde. One version was a single in 1965, as Johnny Borgan recently reminded me.  Takes were bootlegged, and the song was finally placed on an album – Biograph (1985).

This rollicking song is one of Dylan’s best carpe diem moments, even though if you do leave your weird, controlling lover to run to the gypsy-Davy troubador singing outside your window, beware.  He’s not that committed to you, dear:

Can you please crawl out your window?
Use your arms and legs, it won’t ruin you
How can you say he will haunt you
You can go back to him any time you want to.

The mellow, shooby-dooby version released this week on Bob Dylan Vevo, and exclusive via Daily Beast, will, perhaps, warm your heart on a crisp October morn.

You must be awful frightened of the box where you keep him …
Hey, crawl out your window, c’mon, it won’t ruin you

Paul Griffin’s plinky piano and the tumbling bells of Al Kooper’s keyboards seem to propel him to keep asking.  There are 22 tracks of this song on the forthcoming limited edition of Bob Dylan — The Cutting Edge 1965-1966:  The Bootleg Series Vol. 12.

After you listen to all of them, I’d bet he’ll entirely have persuaded you.

Be ready to crawl. 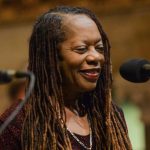 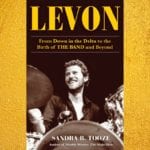 THE READING ROOM: New Levon Helm Book Delves into The Band and Beyond