Dirty There’s nothing scientific about this list, nor do I claim it as any kind of “music journalism”. I just hacked out some thoughts on the albums that I’ve enjoyed most since January 1st.

The criteria basically came down to albums that came out between January 1st and June 30th, that I’ve listened to all the way through and continue to listen to, and that I share on my Dirty Roots Radio Show.

(Presented in no particular order…)

Charles Bradley – No Time for Dreaming

I first saw Charles Bradley doin’ his James Brown impersonator thang as an opening act for Sharon Jones & the Dap Kings a couple of years back. I was knocked out and hoped that he either had albums out or would soon. After some digging, I found a few singles that Daptone Records had out on him, but there was no proper album. Then I heard he’d finally have a full-length album out in early 2011.

This man is the real-deal when it comes to old-school soul. He’s in his 60s, has worked a ton of widely varying jobs, and has finally made his first album. You can FEEL all of the blood, sweat, and tears in every note of this album. Perfectly vintage soul songs about heartbreak, love, loss, and the state of the world. And, as is the case with everything released by Daptone Records, while it sounds old-school, it doesn’t sound contrived or like it’s just trying to mimic the old style.

*Honorable mention, a few months ago Daptone released Charles Bradley’s cover of Neil Young’s classic “Heart of Gold” as a stand-alone single. It’s not connected to this album, but it is STELLAR. 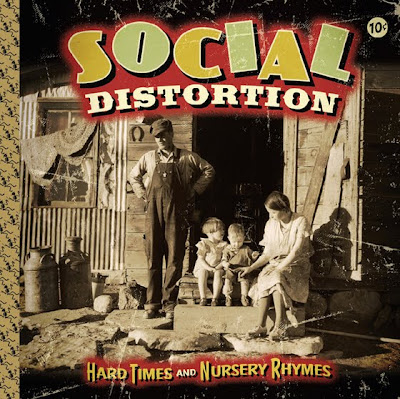 It’s Social Distortion! Pretty much the house band for Dirty Roots Radio! My favorite band since I was a freshman in high school. The group that got me interested in digging into what we now call “roots music”. Anything these brothas release is gonna be on any list like as this that I’m responsible for. (Read more of my ramblings on Social D here)

It doesn’t hurt anything that this album is their masterpiece to my ears. New sounds for the band, gospel singers on a few tracks that would have sounded at home on the Stones’ “Exile On Main St.”, and a Hank Williams cover. Wrap it all up in a Great Depression/Dust Bowl-themed Little Golden Book style cover and you’ve got perfection. 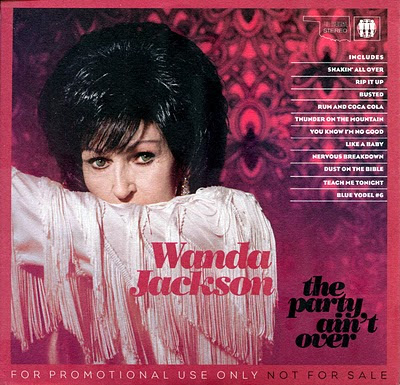 Wanda Jackson – The Party Ain’t Over

It should not be the responsibility of a 70+ year old Christian grandmother to personally keep rock & roll alive. But that is EXACTLY what Wanda Jackson is doing.

I’m pretty much over Jack White as a performer; the White Stripes novelty wore off for me pretty quickly and I never could get into either of his other side project bands. But I do generally like projects that he’s “involved” in somehow. (He produced this one and served as lead guitarist and band leader)

This is THE most rockin’ album I’ve heard all year. Jack White’s got that huge old-school twangy guitar sound happening and the horn section SCORTCHES!

Most importantly, Madam Wanda still has it. If you haven’t heard her rockabilly stuff from the 50’s (she was once a contemporary of – nay, the ONLY female rocker that could hold her own with – Elvis, Jerry Lee, Carl Perkins, et al.) do yourself a favor and check it out. It’d be an even bigger treat if you haven’t heard this album yet. Check out the old stuff…then listen to this new joint. WANDA’S STILL GOT IT! That voice that can go from the sugar-sweet little girl to wild hellcat growl. Mmmmmm….Perfection! 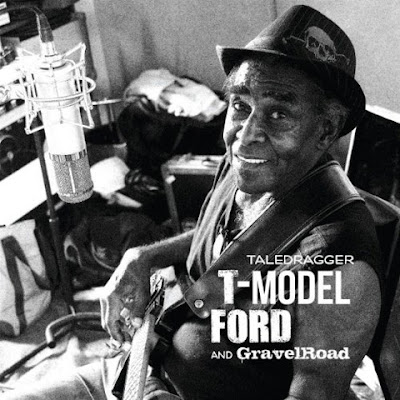 Doesn’t seem necessary to say much here. Our friend, T-Model Ford, a 91-year old national treasure (see the many posts about T-Model Ford on this blog) backed by a killer blues/rock (though that term doesn’t NEARLY do them justice) band, GravelRoad. T-Model Ford is one of the ORIGINAL Dirty Roots. This is blues heaven right here. 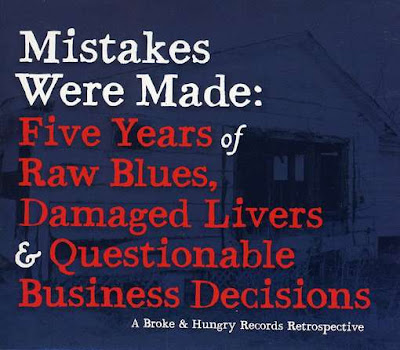 If you haven’t checked out the great – and important – work that our friends at Broke & Hungry Records are doing, GET TO IT! You’ll be a better person for it.

This compilation is a great place to get your feet wet. Two CDs of real-deal Mississippi Delta Blues from the north hill country. Back porch pickin’ and juke joint stompin! T-Model Ford, Jimmie “Duck” Holmes, Pat Thomas, Terry Harmonica Bean, The Mississippi Marvel, and a whole lotta mo’…the gang’s all here…they’re all soundin’ great. And the white whiskey is flowin’. 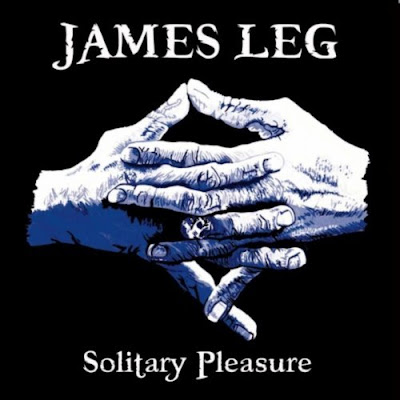 I once described James Leg’s voice as what Tom Waits might sound like if he gargled with razor blades and whiskey and was SCREAMING the blues from the seventh circle of the deepest pit in hell. He still sounds that way, but on this album (his first solo album, outside of the magnificent Black Diamond Heavies) , it all sounds more…”churchy”. A church where they sing songs about drinkin’, hell, temptation, jail, and crackheads. Glory! 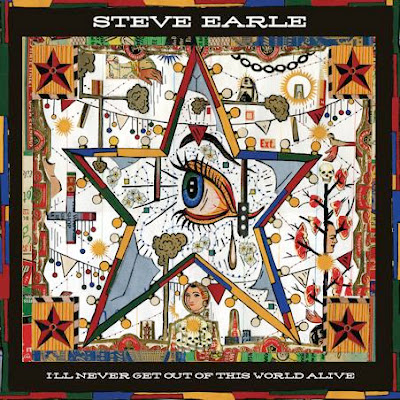 Steve Earle – I’ll Never Get Out of This World Alive

This is the “countriest” thing Steve Earle has done in a long time and the first album of all original material since 2007’s “Washington Square Serenade”. The album came out at the same time as Steve Earle’s first novel, of the same name. Funnily enough, “I’ll Never Get Out of This World Alive” (by Hank Williams) doesn’t show up on the album at all. (It was released as a limited edition 7” vinyl for Record Store Day) 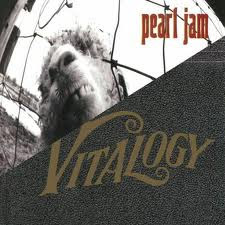 Here is a blog entry I posted at the time of their release about these albums and the significance they had for me. 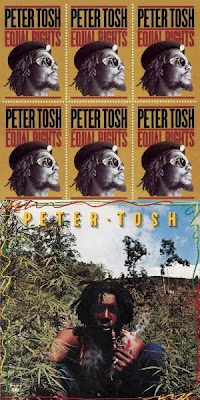 Classic reggae from a former member of Bob Marley’s Wailers (Peter didn’t like the path Bob Marley was heading down…he wanted to be more radical). There’s nothing to call “Legalize It” other than a classic. “Equal Rights”, though, is the one that’s truly prophetic.

I’m not into the cash-grab that record companies call “bonus material” (if the artists wanted that stuff released, they would have put it on the album in the first place…back when they didn’t know “bonus material” was going to be an option). BUT, it had been a while since I’d heard these albums, so I’m glad they were reissues and got some new attention. 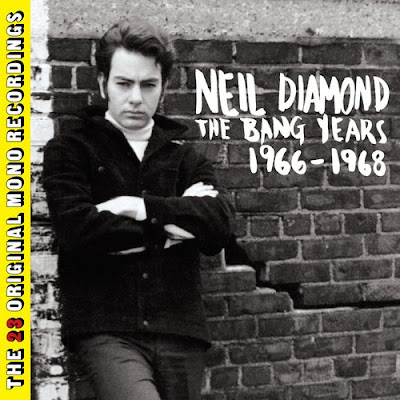 I’m not a big Neil Diamond fan, but I do like his early stuff. This collection focuses on 1966-1968 when Diamond was making his name as a songwriter. As a performer, these were the years when Diamond was pretty much the Jewish Elvis. I’ve been surprised how well these tracks have fit into the Dirty Roots Radio Show. I don’t play them often, but they add a little something to a music set when played sparingly. 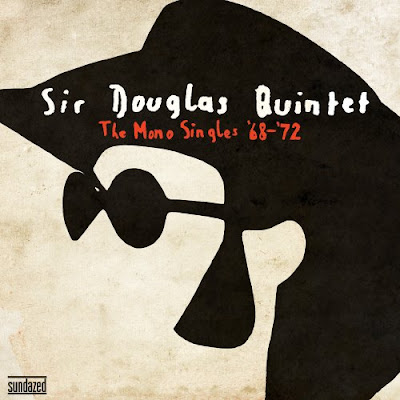 I first became aware of Doug Sahm and the Sir Douglas Quintet when the mighty Bottle Rockets recorded their “Songs of Sahm” tribute album. I loved what they did with his stuff and it turned me on to the original. And Doug Sahm WAS an original. This is a great collection from the fine Sundazed label. Some brilliant cosmic country here from a Texas legend. 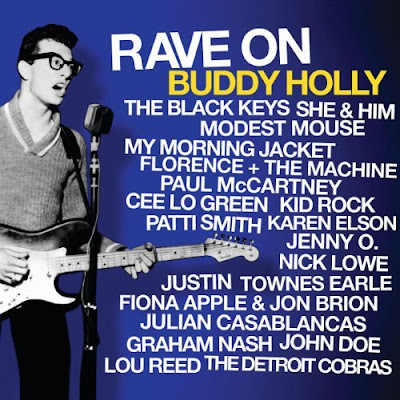 The most recently released album on this list (making it just under the wire on June 28th). Also, the most surprising for me.

I am not at all a fan of tribute records (the above-mentioned Bottle Rockets tribute notwithstanding). Generally tributes are done to recognize great artists, great songs, a great album, etc. My philosophy is, if the original was so great…why do I need to hear a young pup putting his spin on it?

About half of this album is “alright”. The other half is GREAT. The two money tracks for me are from Cee Lo Green and Paul McCartney.

Cee Lo puts in a killer Elvis-y performance on “(You’re So Square) Baby, I Don’t Care”. It’s so good, in fact, that it doesn’t even matter the record is supposed to be a tribute to Buddy Holly, and not Elvis.

Paul McCartney is the biggest surprise here for me. I’m not a fan of Sir Paul, his solo work, his work with wings, nor am I any kind of fan (brace yourself for blasphemy) of The Beatles. But on his addition to the collection, Holly’s “It’s So Easy”, he’s all snarls, growls, and below-the-belt impulse. I mean, literally.

You gotta hear it to believe it. It surprised me! And it sho’ is fun!

AND NOW….WHAT ARE YOUR FAVORITE ALBUMS OF THE YEAR SO FAR???

Dear Santa: Please Bring Me a Gift Card for These Great Roots Albums I Missed in 2013