Here are some of my favorite live music memories from 2011 in no particular order.

Vishten – October 2011 at In Your Ear Studios
I was fortunate to witness this neo-traditional Acadian group at a special post-Richmond Folk Festival evening at In Your Ear Studios, home of the Jam Inc concert series.  The friendly, house concert feel of this show made it more than simply a performance. Vishten takes Maritime folk music to a level of artistry by bringing out nuances that very few traditional musicians are privy to.  This concert was a peak performance from start to finish. 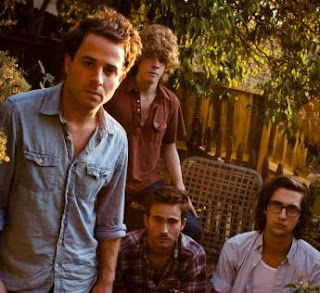 Dawes – September 2011 at Bristol Rhythm and Roots Piedmont Stage
Bristol Rhythm and Roots has been the setting for many great performances over the last decade, but this set by Dawes on the Piedmont Stage on the Saturday night of the festival may have been the best I have seen there.  I already knew Dawes wrote great songs and made great studio albums, but their stage presence, playing ability and delivery (on this my first time seeing them) really impressed me in that setting at that moment – coalescing into one of my favorite live music experiences of the year. 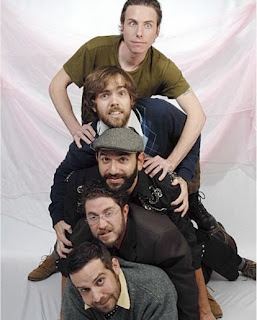 The Hot Seats – January 2011, Ashland Coffee and Tea
I have seen The Hot Seats many, many times since 2006, but their late January 2011 show at Ashland Coffee and Tea was my all-time favorite performance by these guys.  As is customary at this listening room, they got to do 2 sets starting promptly at 8pm. On this night they drew an especially jovial audience and played a well chosen, wide-ranging set list that covered the many facets of the their appeal.  Here you can read my review of this show. 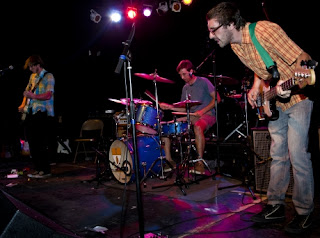 Bassekou Kouyate and Ngoni Ba – October 2011, Richmond Folk Festival Altria Stage
The Richmond Folk Festival has become my most anticipated annual festival and this year’s event was one of the best yet!  This set by Bassekou Kouyate and Ngoni Ba checked off more boxes than a typical set at this festival.  Not only was this music interesting because of its cultural significance, but it also packed a deep, powerful wallop on a universal level…it got to “that place”.  What place?  That place in your soul.  Thatplace. 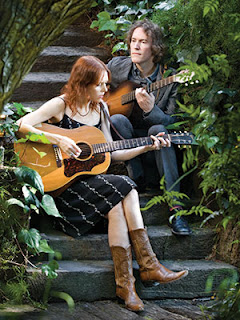 Gillian Welch and David Rawlings – August 2011, Lewis Ginter Botanical Garden
Gillian Welch is at another level…one that is occupied by folks like Bob Dylan and Neil Young. Seriously.  There’s a wink in her eye…something cosmic definitely oozes out of her Americana.  On this night, at this beautiful outdoor venue, an approaching storm threatened to prematurely end the 2nd set. Lightning and high winds peaked during the song I’ll Fly Away, and it seemed like some in the audience wanted the show to end there.  However, as soon as that song ended the storm passed, leaving room for a fittingly psychedelic and reverb-drenched encore of Jefferson Airplane’s “White Rabbit”; a much more suitable ending to the night as far as I was concerned.  Also…I don’t know if this was especially inspired or something he does all the time, but David Rawlings’ solo on “Time the Revelator” was jaw-droppingly executed that evening. 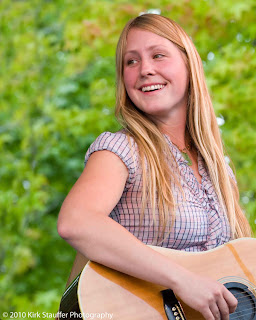 Zoe Muth and the Lost High Rollers – September 2011, Ashland Coffee and Tea
As I’ve said before, Ashland Coffee and Tea is often a great place to see music.  Artists are treated very well there and love playing that room, and the audiences are always respectful and perceptive.  This environment can lead to a dry, stale performance if the performer isn’t used to that level of attention, or it can be great if the performers embrace it.  Zoe and her band are probably more accustomed to playing honky tonks than listening rooms, but they quickly warmed to this venue’s attributes.  I had just seen these guys play a couple sets the weekend prior at Bristol Rhythm, but this performance stood out above those.  It got reallygood after the shots of Irish whiskey kicked in…for both audience, ahem, and members of the band!  Could we please have another round? 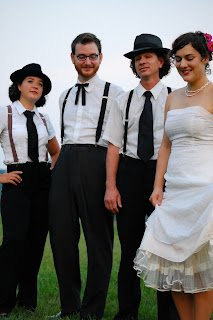 Christabel and the Jons – September 2011 at Bristol Rhythm and Roots, State Line Bar & Grill Stage
I love Christabel and the Jons.  (BTW – have you heard their Christmas album?!).  A big part of my attraction to this band is Christabel’s sex appeal, which is just the right mix of naughty and nice.  Growl.  But besides that I love the way they deliver their traditional country and hot jazz inspired originals, mixed with the occasional cover like Roly Poly or Honky Tonkin’.  A big part of that sound is delivered by master multi-instrumentalist Seth Hopper who holds his own on trumpet, fiddle, ukulele, mandolin and accordion.  Not all at one time though.

Lanny Fields is learning to play Irish, Old Time and Mento tenor banjo.  He writes about music and more at sixwatergrog.com.