Ben Howard Invites the U.S. to Enjoy “Every Kingdom”

Ben Howard would likely never say this, but he must feel as if he’s the Bill Murray character in the movie “Groundhog Day.”

Remember how Murray would wake up every day and would go through the same set of events, again and again and again? Ah, but he had the wisdom, as time went on, to change his reactions to events thus affecting their outcomes.

So here’s the British musician Ben Howard, a star in his home country. Now signed to Communion Records, founded by Ben Lovett of Mumford and Sons, he’s in the U.S. on tour, introducing his new album “Every Kingdom.” The album was released in the U.S. April 3 but it’s already been on the U.K. charts and has been certified gold. What did baseball great Yogi Barra say about “Deja Vu all over again!”

“We played a gig last night, a show in tiny little dingy bar,” said Howard with a laugh when asked about US vs. UK venues. “It was cool. It is quite funny though, going from playing big shows in the U.K. to here. I am still tripping about it at the moment. It’s a privilege to come to America, to the States, go on tour and just keep it growing. Really cool people are coming to the shows. I am quite content.”

One listen to the album and you’ll likely bet that Howard will be playing big shows in the U.S., and likely anywhere else he pleases, sooner rather than later.His music is that unrushed yet addictive folk that moves a bit toward Celtic in some places, experimental in others, and the Sweet Baby James (Taylor of course) pop-folk-rock feel in others. Actually, it’s Howard’s laid back vocal style — at least in the beginning of most songs — that seems to hide a bubbling brew of emotion that draws listeners in.

This isn’t your grandma’s folk though. There are plenty of big hooks and throbbing percussion in these mostly acoustic, rustic songs.

“I never got into music with any real purpose other than to play songs,” said Howard. “It’s crazy to be able to play musical that is so personal to so many people. My favorite thing about music is that you end up becoming part of people’s memories because of how songs touch people. When I see people singing along with my songs, it freak me out every time. What a privilege.”

Check out Howard’s music on his website. And don’t be surprised if you feel as if you’re the one who is privileged just to hear his music. 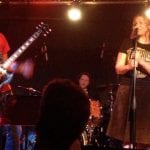 Joan’s arc: In praise of the underappreciated Joan Osborne 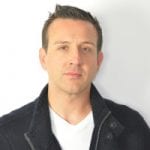 Talking With Paul Luftenegger – Part I: Suicide, Gay Rights, and the therapy of music