BELLADRUM HAS BEEN NOMINATED FOR FOUR FESTIVAL OSCARS – VOTE FOR US NOW AND WIN TICKETS!

BELLADRUM HAS BEEN NOMINATED FOR FOUR FESTIVAL OSCARS – VOTE FOR US NOW AND WIN TICKETS!

Belladrum Tartan Heart Festival has been nominated in four categories of the national UK Festival Awards 2009 : Family Festival Award, The Grass Roots Festival Award (thanks to your votes, Bella won this last year): Best Medium Sized Festival; and Best Toilets! In addition, Lau have been nominated for the Virtual Festivals Critics Choice Award for their performance at Bella. To vote for Bella and Lau, go to www.festivalawards.com and register your votes in as many categories as you like – though we’d recommend the FAMILY FESTIVAL AWARD as the one we’d really like to win this year. The deadline for voting us onto the shortlist is 14th October. Then a second round of public voting which is your chance to vote us into the winning position ends on 4th November. Winners are announced on 19th November.

By voting you could win a pair of tickets to any of the winning festivals in this year’s awards!

Every year, there seem to be more and more children at festivals, with increasingly impressive areas and facilities for kids reflecting the rise. Games, workshops, kid zones and activities for youngsters all combine to make their weekend a memorable one – and often a much easier one for their mums and dads. Which festival was the most enjoyable for kids and parents this year? THIS HAS TO BE BELLA – SCOTLAND’S ONLY REAL FAMILY FESTIVAL!

…AND THE GRASS ROOTS FESTIVAL AWARD

Often the best small festivals spring from an organic labour of love and a long-time dream which has been shared by thousands more. These festivals should be celebrated, not just for the courage and vision shown by their organisers, but also because they never forget where they’ve come from, supporting their local communities and new music along the way whilst retaining an independent spirit and resisting commercial saturation. HELP US WIN THIS AGAIN!

Festivals nominated for this award generally started life much smaller, but have evolved upwards from their original roots due to their popularity and success in filling a growing niche.

With a unique identity, following, and intimacy, many outdoor music fans think middle-capacity festivals get the perfect blend of atmosphere and scale.

But which one did the business this year? VOTE FOR BELLA!

Whether it’s the pongy portaloos, the lingering longdrops or the unpleasant urinals, all festival toilets tang, but some stink more than others. But which festival boasted the cleanest cans and the best ratio of toilets to person? THEY WERE CLEANER THAN EVER AT BELLA!

…AND LAU FOR THE VIRTUAL FESTIVALS CRITICS’ CHOICE AWARD

Lau have been nominated for this award for their performance at Bella’ 09. The award is designed to celebrate those special acts who added something a little extra to their festival show. It could be comedy, nostalgia, crowd interaction or just that ‘secret ingredient’ – basically something that sets them apart from other performers as a real crowd pleaser.

This email was sent to rob@medicinemusic.co.uk
Don’t bogard this news my friend, pass it on
Tartan Heart 2010
6th and 7th August, 2010
www.tartanheartfestival.co.uk 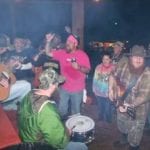 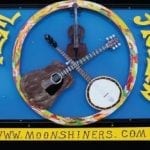