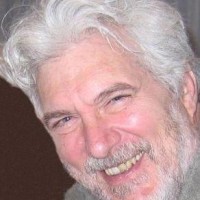 Walt Cronin's release of California I Gotta Run in 2010, followed 2005's "The Gousters" which was on Roots Music Report's Folkcharts for 60 weeks. "California I Gotta Run,"was listed in the top twenty country albums of 2010 by Any Major Dude With Half A Heart. It also peaked at # 2 on Roots /Americana Country Internet Airplay Chart in October of the same year.
As with the previous records, California I Gotta Run featured a spectrum of Americana/folk influences from his influences
of the sixties.
As an artist, Walt came into his own at the tender age of 50 working with Zander Schloss an actor-musician who has written with Joe Strummer and Scott Weiland on the album 'The Gousters" which has remained a favorite on the independent folk radio circuit with songs such as "Make Me A Kinder Man" and "Only Eighteen," a memoir of his time as a medic in Vietnam.
Walt Cronin is back with an expressive batch of new songs written from his eclectic and insightful glimpses into the human condition. WaltвЂ™s new CD: вЂњGone So Long,вЂќ is WaltвЂ™s latest collaboration with friend and musician Martin Beal.вЂњ Gone So Long,вЂќ is a batch of 12 songs that express a longing for all things past and hope for all things future.
Written in WaltвЂ™s eclectic style covering Folk, Country and Americana with Rock overtones. MartinвЂ™s amazing array of musicality and arrangements combined with WaltвЂ™s lyrical strengths and songwriting skills have created a powerful and embracing album. As always, WaltвЂ™s lyrical phrasings evoke pictures and stories that stretch the imagination while grounding you in the human condition.
Released as an internet radio album, this new CD will be available on both terrestrial and internet medias . His lyrical style is described here by Brenda Barbee, Staff Reviewer of Roots Music Report. вЂњBut there is a great deal more to their music than just great sound. Listen closely to the lyrics, for they reveal extraordinary songwriting talent.
Within those lyrics is a rich experiential content that could only be produced by one who has strong emotional ties to the theme.вЂќ
Though a late runner in the songwritingstyles he emulates such as Woody Guthrie, Bob Dylan, The Byrds, Johnny Cash, Kris Kristoffersen and Emmy Lou Harris to name only a few, Walt has strengthened his gifts immeasurably on this, his 4th release with the combined efforts of his friend, producer, arranger and musician Martin Beal of The Racket Room in Santa Ana, CA.
Songs conveying strong components of our hopes staying alive in troubled times along
with his thoughtful glimpses into human emotions and a poignant song of a loved one lost inevitably in our singular paths in life.
Walt is currently collaborating with his producer and friend Martin Beal at The Racket Room in Buena Park, CA with all new songs in 2015.

This is a new song I’ve recently completed with my friend and collaborator Martin Beal. “Dancin’ Girl,” came about one night when I went to the Cinema Bar in Culver City, CA to see a favorite Americana band called ” […]

Title song from CD: Walt Cronin – California I Gotta Run © 2010 The Dream Of Returning to a Life of Rural Simplicity and Leaving Los Angeles, CA

Memorial Day – From a Veteran, Advocate and Songwriter

I was pleased that Bill Hurley, the editor from The Alternate Root magazine suggested I write a story about how I came about writing some of the songs I do that are about coming home from war. The article appeared […]

Flowers In Her Hand – Walt Cronin This was inspired by a photo taken during the Iraq War in 2008 of a young woman lying on the grave of her boyfriend/ husband/soldier which had a profound effect on me.

I released my last CD:  Walt Cronin – California I Gotta Run in June 2010.  It’s gotten nice reviews and was listed at # 2 on Roots Music Report Country Internet Airplay Chart on the week of Oct 8th 2010.  […]

Review By Half Hearted Dude Sept. 2010

Walt Cronin – California I Gotta Run One of my favorite songs of the last decade was 2005’s A Desperate Cry for Help by the sadly rather obscure and now disbanded alt-country group The Beauty Shop. Walt Cronin’s third album […]

Review by Bruce Greenberg – The Promise Live Walt Cronin – California I Gotta Run (2010) On his third release Walt continues his folk/Americana singing/songwriting. A storyteller like Kris Kristoffersen, this is an album about being on the road and […]