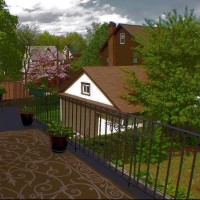 I have been writing and photographing professionally for most of my adult life. For the past 13, I have been a writer-producer and photographer for Internet content and multimedia for ad agencies, nonprofits, and The Mount Sinai Medical Center (as associate director of communications).

I have written extensively about the history, music, and popular culture of 19th and 20th century America. I am very comfortable using social media, and recently used a combination of Facebook, Twitter, LinkedIn, Google Plus, and Instagram to promote my current charity -- successfully raising funds for a headstone for pioneering blues performer Mamie Smith, who has been buried in unmarked ground on Staten Island for 68 years until I purchased a headstone for her in Septermber, 2014.

I have written book, music, and concert reviews and features for Blues Revue and SING OUT! magazines from 2001-2012. Recent full-length features include a profile of blues musicians Marcia Ball and Don Bennett, and another on the amazingly young blues band, The Homemade Jamz Blues Band, out of Tupelo, Mississippi.

I have also written about art photography and photographic technique for Camera 35, Photo, and Modern Photography. I was recently inducted into the New York Blues Hall of Fame for my dozen years as a blues and traditional music journalist.

Since his death in 1873 at age 26, the musical idea of the indomitable steelworker John Henry has inspired our imaginations.  Labor unions, miners and railroad workers, especially, have taken him as their Everyman.  As such, the man who “whupped” […]

Even if the playing on Sterling Koch’s Slide Ruler wasn’t so good, the artist’s oddball selection of some powerful cover tunes is a welcome surprise.  For example, the last time we heard steel guitar duo Santo and Johnny Farina’s mesmerizing […]

The state of Minnesota has given America at least two cultural gifts: Bob Dylan, and Garrison Keillor and his Prairie Home Companion radio program. It is also the birthplace of the performer known as Prince, as well as Judy Garland […]