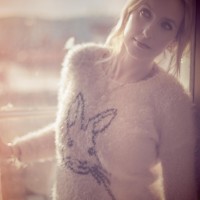 Heralded by legendary BBC Radio 2 Bob Harris as "one of our finest singer/songwriters", Lisa Redford has earned worldwide acclaim for her heartfelt Americana with memorable melodies and stunning vocals. She has had a busy year promoting her latest release 'The Sweetest Dream' which has earned airplay on radio shows across the world, and playing festivals including the pop up stages at C2C Country to Country Festival at London's O2 where she had a wonderful response. She has also performed with, and opened for many respected international artists within the worlds of country, folk and Americana including Chuck Prophet, The Handsome Family, Laura Veirs, Jess Klein, Rod Picott, Devon Sproule, Sam Baker and many more.

Based in the US as well as the UK, Lisa also writes a hugely successful column in Songwriting Magazine where she offers music and songwriting advice to thousands of readers.

вЂњshe brings an honest songwriting style and beautiful vocal styling to every one of her songs...In a sea of smart female singer-songwriters, Lisa Redford is an admiral.вЂ™' Maverick Magazine****

"There is a warmth and welcoming vibe to RedfordвЂ™s music that really is difficult to resist." Americana UK

"a breath of fresh air. Hers is a pure and quite lovely voice which delivers some sweet Americana-tinged songs from the heart" Manchester Evening News

Lisa Redford, “Remember Me” on ukulele

Lisa Redford – ‘Still I Long For Your Kiss’

“Dreaming in Crowds” by Lisa Redford on Alive with Clive

“Makes Your Heart Sing” by Lisa Redford on Alive with Clive