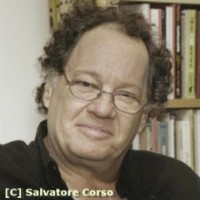 Howard Mandel writes primarily about jazz, blues, new and unusual music. He's the author of Future Jazz (Oxford U Press, 1999) and Miles Ornette Cecil - Jazz Beyond Jazz (Routledge, 2008) as well as the senior editor of the Illustrated Encyclopedia of Jazz and Blues (Flame Tree/Billboard Books, 2005) and has contributed extensively to DownBeat, The Wire (UK), Swing Journal and Jazz Life (both Japan), Bravo! (Brazil), Ear magazine, SignaltoNoise and many other publications. President of the Jazz Journalists Association, Mandel lives in Chicago after 32 years in NYC. He is an arts reporter for National Public Radio, and taught at New York University from 1986 to 2014. He also blogs at ArtsJournal.com/jazzbeyondjazz, plays reeds and winds, blues piano and analog synthesizers. 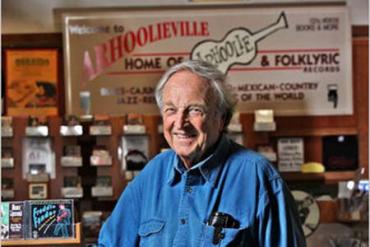 Excellent news on the archival recordings front: Arhoolie Records, the 55-year old treasury of American folk and vernacular musics, has been acquired by Smithsonian Folkways, the non-profit record label of the Smithsonian Institution. So a broad, odd, historic, incomparable cultural […]

Chicago bluesman Buddy Guy, at age 75 as wild a guitar pyrotechnician as lives today, and the British dinosaur rockers Led Zeppelin, whose guitarist Jimmy Page stands in Guy’s shadow, are being celebrated with Kennedy Center Honors, to be presented […]

NEA Jazz Masters of 2013 announced: Eddie Palmieri, my top choice, among the four 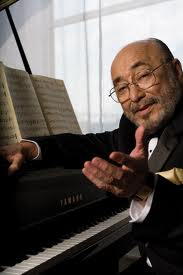 Last January during the NEA Jazz Masters ceremonies at Lincoln Center, I blogged “Who should  the next NEA Jazz Masters be?” and wrote, “My own list of deserving nominees — it starts with Eddie Palmieri.” Today the NEA announced  its  Jazz Masters […] 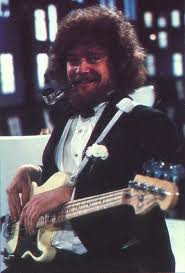 Donald “Duck” Dunn, bassist for Booker T. and the MGs, most all the grits ‘n’ greens soul voices who emerged from Memphis’ Stax Records in the 1960s, and dozens of major blues-rock-pop stars during his subsequent career as an LA-based studio musician, […] 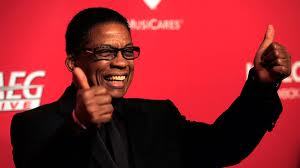 The first International Jazz Day — April 30 2012 — was a phenomenal world-wide event, initiated by composer-pianist Herbie Hancock and reaching at the very least the 195 nations that had musicians playing Hancock’s “Watermelon Man” in tandem with his […]

Etta James, who died  Jan. 20 at age 73, and Johnny Otis,who died Jan. 17 at 90, are rightly recognized as innovators and icons of American rhythm ‘n’ blues and soul. But the jazz world — listeners, broadcasters and journalists, musicians […] 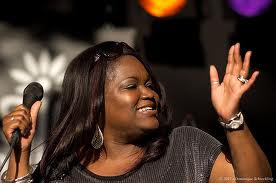 A blues-belter with a beautiful big voice and cred in the rockin’, bawdy, electric tradition, Shemekia Copeland  brought afunky good time to the elegant Allen Room of Jazz at Lincoln Center last Thursday night (and probably Friday, too), backed by […] 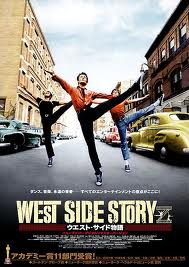 Celebrating the 50th anniversary of West Side Story — the movie, released October 18 1961,  not the play which debuted on Broadway in 1957 — for my column in CityArts – New York, I listened to the Bernstein/Sondheim music in many variations. Here’s […]

Everything you ought to dig about Harry Belafonte, authentic American folk activist 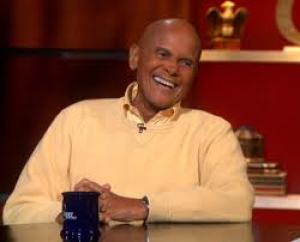 Don’t laugh at Harry Belafonte, the incomparable American/world roots folk musician and popularizer, for being caught on tv asleep or meditating last week. Laugh with him during his appearance with Steven Colbert  which he amazingly turns into a genuinely musical  and touching duet on “Jamaican Sunrise.” Even […]

Jim O’Neal, founder in 1970 of Living Blues magazine and a serious independent researcher into American roots music, is among the 59 million Americans without health insurance, and has lymph cancer. A series of benefit concerts are scheduled to raise funds for his treatments and a fund […]