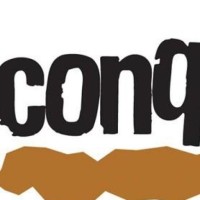 Raul Malo could sing the phonebook and make it worth a listen. Here he sings a selection from his holiday tour.YMCA Boulton Center on Long Island.

A mix&mash of Paul Kelly in performance over six months… We filmed Paul Kelly over a number of months and realised we could do something unique: we took al…

PRESS RELEASE: Album contains 15 years of influential bluegrass guitarist Rice’s interpretations of songs by “The Father of Bluegrass Music.” BURLINGTON, Mass. — Over the past year’s Bill Monroe Centennial there have been numerous anthologies of various artists doing their […]

Martin Sexton to release ‘Fall Like Rain’ in January

North American and European dates to follow in summer NASHVILLE, Tenn. — The aptly named Mavericks, whose brand of genre-busting country won them Grammys as well as Academy of Country and Country Music Association awards in the ’90s, not to […]

“Revolution of the Mind” MP3 brings together original members Peter Holsapple, Chris Stamey, Will Rigby and Gene Holder as they target album release for 2012.   CHAPEL HILL, N.C. — The dB’s will release a new song, “Revolution of the […]