Given their supple sound and ageless intent, Immigrant Union are the kind of outfit that makes a formidable impression. That’s the thought that first occurred to me when I happened to catch their set during the Aussie Barbecue at the Americana Festival and Conference last September. A follow-up encounter came with the acquisition of their sophomore set, titled Anyway, and it quickly sealed the deal. Hailing from Down Under, the band evolved out of a chance meeting between Brent DeBoer – a steadfast member of The Dandy Warhols – and musician Bob Harrow at a Melbourne, Australia, watering hole in 2004. After a spontaneous all-night jam session out in the countryside, they made the decision to pool their resources, recruit a third member – vocalist and keyboard player Peter Lubulwa – and form a band. Eleven years later, their mutual admiration for alt-country melodies and reverence and respect for contemporary folk music find a perfect fit in their stunning yet subdued new album.

Although the band’s notoriety is primarily limited to their native Australia, their sound reflects a distinct dichotomy. That’s not so surprising, considering that the new album bears the influences of the two disparate locales where the band chose to record: Portland, Oregon, where DeBoer still calls home, and Altona, just outside Melbourne’s city limits. It was in the latter location where Anyway actually took shape, thanks to a studio filled with vintage microphones and an old-fashioned mixing console that gave the music, in DeBoer’s words, “a warm but crusty and dusty sound.” What’s more, Anyway is a return of sorts in other ways. It reunited the current trio with several expatriates, specifically those that broke away and reformed as Courtney Barnett and The Courtney Barnetts, a band that’s also attracting outside attention all its own.

Nevertheless, after last year’s showcases at Americana and CMJ festivals, Immigrant Union are the ones who find themselves stealing their way into the spotlight. The critical raves for Anyway quickly poured in, and no less a publication than The New York Times offered its approval. “Immigrant Union revived the folk-rock wing of psychedelia.” music critic Jon Pareles proclaimed. Bob Boilen of NPR’s “All Songs Considered” followed suit. “Immigrant Union’s song ‘War is Peace’ was just about my favorite new song on my list of unknown CMJ bands,” he says. “I put that song on ‘All Songs Considered’ last Tuesday and the night before I came to NYC, I listened to their entire album. When it was over I listened to it again! It’s rare that I do that.”

Nevertheless, Jef Krohn, Music Editor at PDX Magazine, sums them up best: “Immigrant Union is a band with uncompromising appeal on the brink of international recognition and admiration,” he writes, an assessment with which many listeners are likely to agree. Though they hail from a continent that often seems an entire world away, Immigrant Union can easily assimilate into Americana palates. 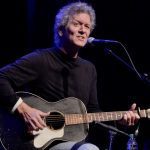 THROUGH THE LENS: Early Thoughts on AmericanaFest 2021 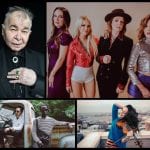