Excellent news on the archival recordings front: Arhoolie Records, the 55-year old treasury of American folk and vernacular musics, has been acquired by Smithsonian Folkways, the non-profit record label of the Smithsonian Institution. So a broad, odd, historic, incomparable cultural catalog, founded and run since 1960 by producer Chris Strachwitz (now 84) enters the public trust. The Smithsonian Folkways’ mission is to keep “in print” its 3000 some albums (also available as tracks for streaming) to which Arhoolie’s 300-some productions will be added.

The best way to celebrate what Arhoolie has done is to listen to its artists. True roots credibility — the music we people (whoever we are) make and use for our own personal and social purposes, music enduring and passed through generations by performers with individualistic integrity — is the label’s hallmark. After all, it’s efforts were for a while monetized by a portion of royalties from Country Joe and the Fish’s “Feel Like I’m Fixin’ to Die Rag,” which I recall as a expression of immediate alarm among the draft-aged during Viet Nam. Here are some other of my own favorites:

Fred McDowell — You’ve Got To Move – During the ’50s/’60s folk Mississippi Fred, a slide guitarist/singer of north hill country blues style (the Delta blues less-structured cousin), gained white kids’ attention for his austere lyricism, a well-spring of rock ‘n’ roll and much else.

BeauSoliel — The Best of BeauSoleil. Fiddler-scholar-preservationist-modernizer Michael Doucet in quintet invigorates beautiful Cajun and Creole traditions for life as it is now. I do not have to tell NoDepression readers about BeauSoleil!

Sonny Simmons, Manhattan Egos. Ferocious “free” alto saxophonist Simmons (he also plays English horn) with his then-wife the equally boundary breaking Barbara Donald on trumpet and a rhythm section that forges its own solid identity during the course of the live concert recording.

Earl Hooker, Two Bugs and a Roach. Uproarious electric blues from one of Chicago’s premiere slide and boogie guitarists.

Lydia Mendoza, La Gloria de Texas. The songbird of the Southwest, accompanying herself on 12-string guitar, expresses nobility, wisdom, defiance, joy and sorrow. I don’t speak Spanish but get it.

The entire Arhoolie catalog is worth browsing — I know of no clinkers, and many other standouts. Up there with Yazoo, Delmark, Testament and Moses Asch’s original Folkways label (the basis of Smithsonian Folkways) all vital to capturing and disseminating our terrifically diversified nation’s sounds. 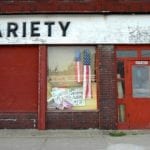 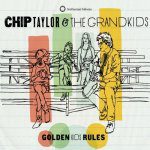