Friday night I performed a 30-minute set at The Union in Naperville, Ill., opening for Mike Farris and the Roseland Rhythm Revue. The crowd was great, braving brutal wintry conditions to turn out. There were more than 100 tickets presold, and a lot more showed up at the door. (Photo: Mike Farris at The Union Jan. 24, 2014)

The show was part of North Central College’s Dr. Martin Luther King Jr. Week, and it was an honor to be part of the celebration. The Union presents outstanding national acts on Friday nights during the school year in a former church building and is staffed by students involved with the College’s Office of Ministry and Service.

The show was a little late getting started, as the band’s sound check ran long. Understandable, since the band was a nine-piece lineup of stellar professionals that included two guitars, bass, drums, keyboards, horns (sax and trumpet) and backup singers. 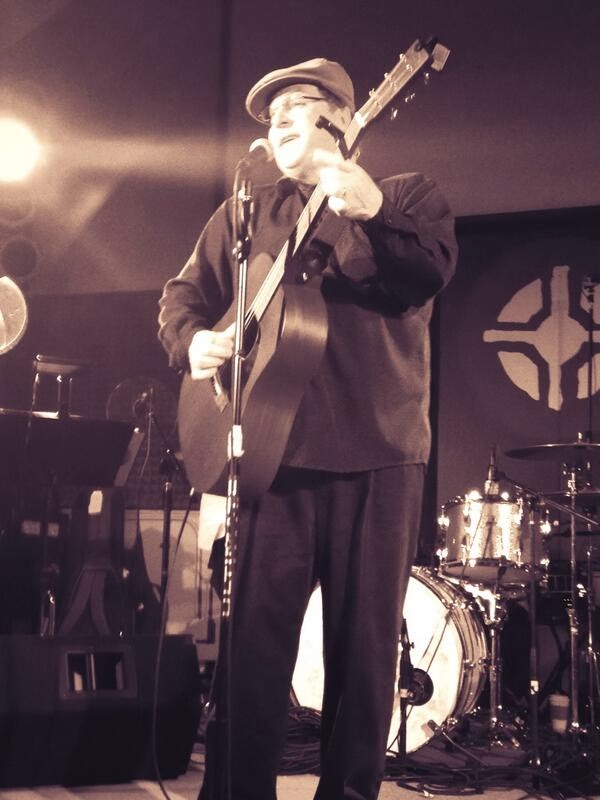 The band members are all top-tier pros, so this was my biggest showcase to date. The crowd listened to every song of my acoustic set and cheered loudly in between, quite a change from the usual bar gig where conversations are going on and the performer is just part of the evening’s entertainment. This was a real concert.

Nashville-based Mike Farris has been a star in the music business since the early 1990s when he fronted the Screamin’ Cheetah Wheelies. More recently he’s been merging roots gospel music with arrangements inspired by New Orleans, Stax and the blues. He’s earned an Americana Music Association New & Emerging Artist of the Year Award and a Gospel Music Association Dove Award for Best Traditional Gospel Album of the Year.

He performs solo or with three-piece, five-piece and nine-piece bands. The full nine-piece lineup doesn’t often travel with him outside of Nashville but he brought them all to Naperville.

To give you a sense of the caliber of musician in Mike’s band, keyboardist Paul Brown caught an early flight to Los Angeles the morning after the Naperville gig to attend the Grammy Awards with blues legend Bobby Rush. Paul produced, recorded, engineered and mixed Rush’s album, “Down in Louisiana,” which earned a Grammy nomination for Best Blues Album (Ben Harper and Charlie Musselwhite took home the Grammy in that category). 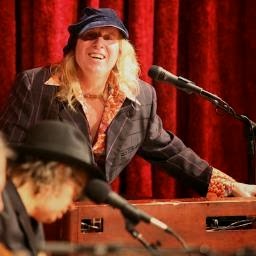 (Photo: Paul Brown) Paul’s got an impressive resume as an artist and producer. He owns a recording studio and record label in Nashville, called Ocean Soul. He’s amazing on the Hammond B3 organ and very fun to watch perform.

Saturday night in L.A., he and Bobby Rush were at the Troubadour hanging out with the likes of Bonnie Raitt. Bobby performed “Gone, Gone, Gone” as part of a tribute to The Everly Brothers. You could follow Paul’s Grammy adventure on his Twitter feed.

Meanwhile, Mike and the rest of the band made their way back to Nashville, no doubt questioning the wisdom of booking a January show in Chicago. You could see from Mike’s Twitter that road conditions on the trip home were less than ideal.

It was a great experience opening for the band. I started with the original “Stand Your Ground,” adding a few Dr. King references, because if MLK was here today you know he’d take issue with some of the laws in Florida. I did four songs from the new “Comfort Zone” release, and was glad sister Liz was there to hear “Slowiks,” which continues to get a great reception from audiences. I closed with a couple covers, performing Ian Hunter’s “Resurrection Mary” (“on a wild Chicago night, with the wind howling white”) and Robert Johnson’s “If I Had Possession Over Judgment Day.” 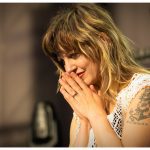 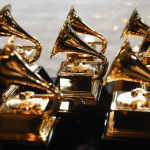