Luther Dickinson enters a new phase of his storied musical career with his new solo album, Rock n Roll Blues. As a member of North Mississippi All Stars, Luther Dickinson may have innovated blues and boogie rock but he is also an acutely observant songwriter. The new album tells the story of a guy growing into a life in music. As a member of the NMAS’s, South Memphis String Band and The Gathering, Luther has made himself widely known as both a talented musician and as a producer with four Grammy nominations to prove it – three in the contemporary blues category and one in traditional folk. The Nocturne Diaries is a beautiful, haunting album inspired by the sort of thoughts that keep us awake at night in this modern world where the news always seems to be bad. The songs range from uptempo country stompers to a haunting version of the folk classic “Fast Freight” by her father Terry Gilkyson. Never one to shy away from politics and social issues, she writes about an adolescent gunman (“An American Boy”) and looks through the eyes of an abused teenage girl (“Not My Home”) with an empathy and insight that’s made her one of the most beloved folk artists today. Eliza describes the songs as “torches that illuminated my process over the last year, personal reflections that the nighttime inspired.” Musically rich and lyrically thought-provoking, The Nocturne Diaries is a journey through the dark night of the soul that ends at the light of dawn with a sense of gratitude, a renewed commitment to care, and a stubborn little ray of hope. 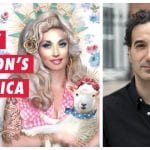