AmeriCamera is the brainchild of Billy Cioffi (songwriter and guitar player who performed with Chuck Berry, Bo Diddley, the Shirelles, the Turtles…) and T.R Hummer (who published and edited noted poetry collections). It is an American conversation through its developing tradition, and its ecumenical expression of music we may call Americana.

Be it in its words, in its sounds, or whithin the pictures the songs depict, AmeriCamera adds a dimension to Americana, blending popular music and poetry. And it surely rocks!

Beyond the immediate pleasure listening to the record, it is even more fascinating to discover the genesis of its creation!

Cioffi, the musician, and Hummer, the poet, met in 2009 at the Arizona State University. One studying, the other teaching. They started talking about poetry and music. As a hard-working guitarist and music director, Billy had never shun his interest in Literature; while Hummer the productive writer, had never stopped being a musician. That conversation is furthered within its resonant echo of AmeriCamera.

At Cioffi’s urging, Hummer began mining his poetry for materials for lyrics that he and Cioffi could craft into songs; very quickly they had written “Mississippi More or Less,” in which fragments of four poems found themselves co-existing quite happily in an old-school R&B format. They were onto something. Other songs soon followed, forging the fundamental core of AmeriCamera.

“America”, Walt Whitman wrote, “is the greatest poem.” He did not have to say—perhaps he did not know—that it is also the greatest song. AmeriCamera pays homage to Whitman’s insight, and to the music to which America has brought the whole world to dance—which is only fair, because this music has come here from everywhere in the world.

With the support of the Virginia Piper Foundation and the Arizona State University, they finally recorded the inspired poetic rock album « High Minded » with the Monte Carlos. “‘High Minded’ re-introduces poetry to music, the delivery of AmeriCamera make them part of one family” writes Danny McCloskey in “Alternate Root Magazine“. I will complete the sentence : the authentic roots music family!!

AmeriCamera at the Tempe Center of Arts (AZ) in November 2010. The album was officially released in October 2011. 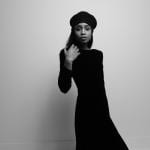 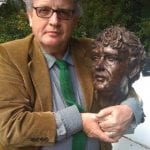