Amanda Palmer, Bob Dylan, and “Bringing It All Back Home”

Early this month, Amanda Palmer announced a new record, You Got Me Singing, that she has made with her father, Jack Palmer. Amanda — a founding member of the Dresden Dolls, leader of the Grand Theft Orchestra, singer-songwriter, performer, and writer — seems to stay busier than four or five people could these days. I’ve seen several of her shows, including Theatre Is Evil and the excellent student performance of The Bed Show, at Bard College, where she has taught and performed from time to time since 2012. In September of that year, she concluded a first public reading of The Sleeper and The Spindle by her husband, Neil Gaiman, with her “Ukulele Anthem.”

Palmer’s current project caught my eye, literally, because it derives — at least visually — from one of my favorite records: Bob Dylan’s Bringing It All Back Home (1965). The Palmers’ album is one of covers; Dylan’s was most emphatically not. The track list for Bringing It All Back Home still astounds, a half century later. Drop the needle on side one, and it’s “Subterranean Homesick Blues.” On side two? “Mr. Tambourine Man.”

Oh my.  That will always be one of the best live performances I never had a chance to see.  Sure, I’m a fan — and so, it is clear, are the Palmers. Their new covers cover is homage to Daniel Kramer’s celebrated cover photograph for Bringing It All Back Home. Surely you know it well, too.

In their version, the Palmers have added some iconography of their own — I particularly love the Dalek, and Dylan’s own album lying on the settee where, in the original, it’s The Folk Blues of Eric Von Schmidt (best known to Dylan fans as the man he met one day in the “green pastures of the Harvard University,” and from whom he learned “Baby, Let Me Follow You Down”).  However, the Palmers have also maintained great faith to the original image.

Amanda has to try hard for Sally Grossman’s cool stare and the same pose in that red dress — or is it a pantsuit, after all? Jack manages to look sober, although he is holding his completely adorable, beaming grandson in the position of the gray cat Dylan clutches in the original. Little Anthony — Ash to his family — has had his impending arrival, birth, and happy progress covered on social media and in blog posts by his proud parents. He adds, to put it mildly, bright life to the Palmers’ album cover.

Is this derivative? Is it homage? Why copy this particular famous album cover? Whatever questions it raises, it clearly took work — and time, as well as probable Photoshop — to get so many of the details right.  Palmer — and Gaiman, too — have quite publicly invited us to make the connection to Dylan’s record, and evidently both cared about getting those details correct.

Back in 2014, Gaiman asked his two-million-plus Twitter followers, “Bob Dylan folk: Anyone know the subject of the painting on the right mantel on cover of ‘Bringing it all Back Home’?”

Then, in July 2015, Gaiman posted a photograph of himself in which you can see behind him a copy of the painting, a brighter version of the mantel, and the album The Best of Lord Buckley.

If you love Dylan, you know to check at Expecting Rain, the astoundingly comprehensive site for anything Dylan in any way, shape, or form. There, you can find links explaining all the items in the cover photograph — except for the mystery portrait. A thorough chronicling of Dylan’s album cover and Kramer’s art — plus tips on re-creating the room and photo shoot yourself, with a little help from a good theater props department and all the current photography apps — is available via PopSpotsNYC.

So, musicians in tribute, fire up your digital equipment, and let Kramer and the great photographers be your guide.

What’s on the inside, though, has got to be good too if you’re going to be echoing Dylan, even in the image. You may not have a “Gates of Eden” or “She Belongs To Me” or “Love Minus Zero/No Limit” or “It’s Alright, Ma (I’m Only Bleeding)” or “It’s All Over Now, Baby Blue” in you — but that’s okay; hell, only one person ever did.

There are some fine covers on You Got Me Singing, including one of Richard Thompson’s “1952 Vincent Black Lightning.” The song has also, incidentally or not, been covered by Dylan. When Thompson, who had performed on the same bill with Dylan for some dates on the 2013 AmericanaramA tour, was told Dylan had just done one of his best-known songs live in concert, Thompson initially “thought it was a hoax.” The rippling piano takes the turn of Thompson’s symphonic guitar here, and Amanda and Jack Palmer play the roles of Red Molly and James — beautiful Red Molly, and hotheaded, doomed James — in RT’s superb modern ballad.  Enjoy. 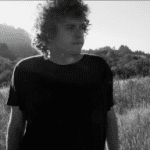 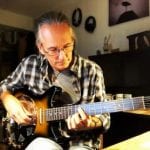