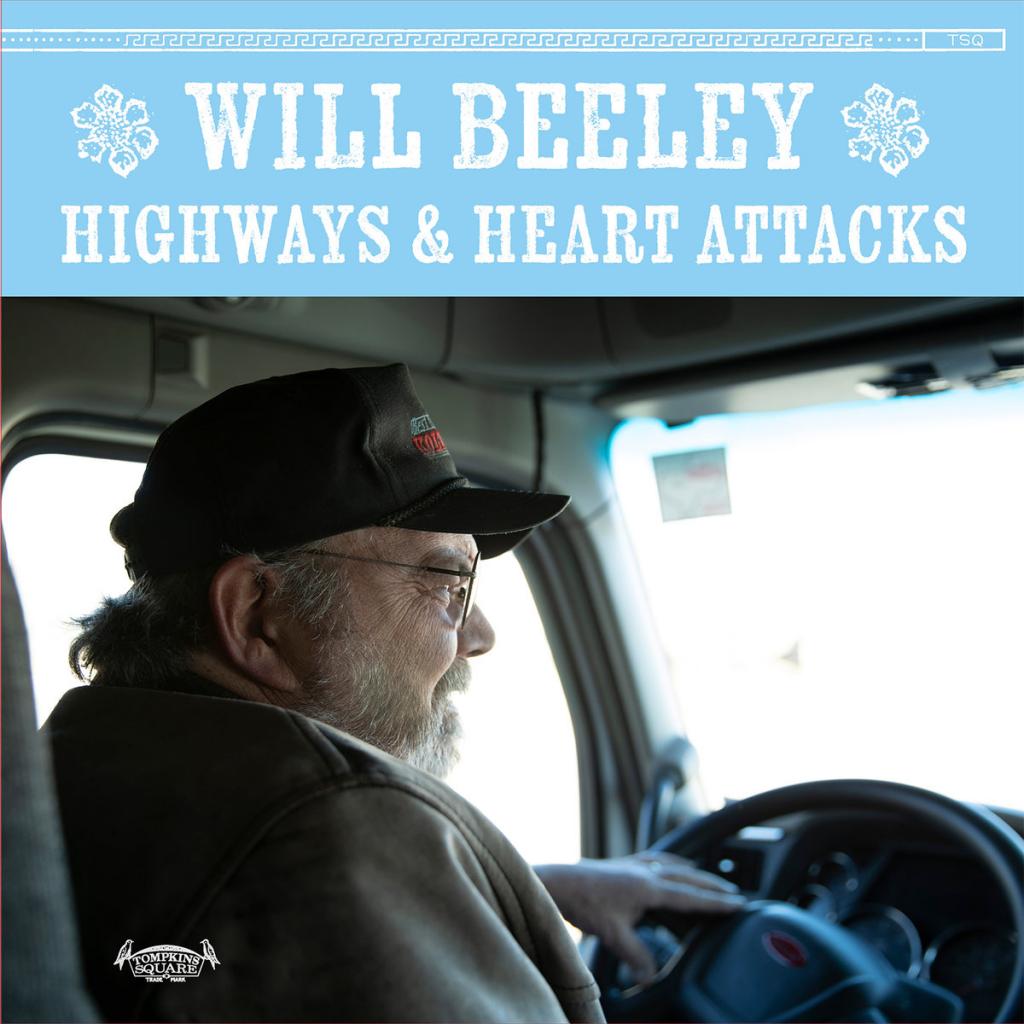 It would be easy to let the story of Will Beeley’s life overpower his music. It’s a fascinating and at times heartbreaking tale of a songwriter who never saw the success that others knew he deserved. Years of trying to “make it” in the 1970s grew tiresome, and Beeley had to focus on caring for his wife and daughter, and so he closed his guitar case and did what he had to do to provide.

Against expectations, though, the more distance he put between himself and his musical past, the more the Beeley folklore grew. Though his first two albums, 1971’s Gallivantin’ and 1977’s Passing Dream, sold less than 1,000 copies combined, those that were sold made their way around to collectors and folkies alike, creating a steadily growing fanbase unbeknownst to the artist. Now, nearly half a century since he released his first LP — and in light of him receiving more and more recognition for his talent — Beeley is celebrating a brand-new record, Highways & Heart Attacks, his first since Passing Dream.

For many, Highways & Heart Attacks will likely be an introduction to Beeley and his music, and there may be no better preamble to his life than opening track “Been a Drifter.” Seemingly autobiographical, Beeley returns to the biggest surprise of his life, that he “hasn’t been buried” yet. That might sound morbid, but Beeley sings with the confidence in himself that his life has provided, not to mention the new enlightenment bestowed on him following a heart attack in 2017, right after he finished recording.

Beeley’s voice is one that has been weathered by the road — as personal as Heart Attacks is in the album’s title, so, too, is Highways; when he could no longer keep a foot in the music world, he turned his sights toward the open road as a truck driver. That weathered voice is never weak or fragile, though, and is bolstered with a resonance harkening that of Tom Russell.

Beeley sounds most comfortable on heart-piercing tracks like “The Homeless Ain’t Just Hobos Anymore” and “Singin’ Lullabies.” The former casts Beeley as the narrator, telling the plight of those who experience homelessness in this country. Men, women, and kids who are suffering are so often viewed as “hobos,” but Beeley fights to lift them up as his brothers and sisters, admitting the heartbreaking truth: “The staggering reality / These kids ain’t got a home.” The latter finds him filling the role of Grandpa Beeley, with nothing more than an acoustic guitar and benevolent fiddle to help tell the story: “It seems the yesterdays, in so many ways, have already flown / We only had one shot to get it right, and that’s all we had / And one good shot is all you need to be a Mom and Dad.”

As Duncan Cooper writes in a feature story on Beeley in No Depression’s summer issue, “Listeners have the incredible opportunity to hear Beeley rediscover himself.” While only time will tell the full extent of Beeley’s influence in the folk music world, one thing is certain: Highways & Heart Attacks will stand as an archive of the man’s life and talents, both discovered and rediscovered by all those who listen.