The Underdogs of Seventies Country Rock

In the late Sixties Gram Parsons came up with the term Cosmic American Music as a more eloquent and hippie-dippie way to describe the type of music he was making. Gram despised the term “country-rock” and felt his term was a more accurate if not generalized way to sum up the blend of rootsy rock, country, folk and soul he was cultivating on his own and with The Byrds and later the Flying Burrito Brothers. Most notably, this style of music would influence major acts like The Eagles, but there were tons more artists who embarked on a journey into the heart of Cosmic American Music with, and often without, the Parsons blessing. In 1972, the singer even remarked, “I {have} some sort of ‘rep’ for starting what has turned out to be pretty much of a ‘country-rock’ plastic dry-fuck.” As cynical as that sounds, it wasn’t totally a bad thing.

Following his death in 1973, there were loads of acts doing their best to keep Gram’s dream of Cosmic American Music alive. These bands are the focus of the latest compilation set from Numero Group, Wayfaring Strangers: Cosmic American Music. Over the course of 19 songs, we are treated to a range of gems recorded by various acts between the years of 1968-1980. Country-fied rock ruled the 70’s and these were the bands in the trenches, toiling away in rundown studios and playing for peanuts in dingy beer joints.

Kicking things off is Jimmy Carter and Dallas Country Green’s “Travelin’”. Besides the cool factor of their name, this song features a bouncing, upbeat bassline with the kind of harmonies that bring to mind the Allman Brothers’ “Midnight Rider” and the Grateful Dead’s “Cumberland Blues” with a folkier, dark vibe. The fast groove of the tune makes it a perfect road song, ideal for doing exactly what the title suggests. Mistress Mary’s sensual, whispery vocals stand out on “And I Didn’t Want You” a strange country tune with a mixed message about a woman resisting the advances of a lover yet knowing that she needs her man but he doesn’t want her. Confusing right? Maybe there’s a reason why she was called Misstress Mary. The song also features Byrds guitarist Clarence White on lead doing his best to get a steel guitar sound out of his 1954 Fender Telecaster, making this one of the more intriguing songs in the set.

Perhaps the quintessential Cosmic American Country sound can be heard on Dan Pavlides’ “Lily of the Valley”. Pavlides was a character known for hawking his music while hitchhiking, and the acoustic strumming, soulful harmonies, and twangy guitar backing rustic lyrics where he uses hippie imagery to compare an ex-lover to a poisonous flower. One of the more emotionally impactful songs is Angel Oak’s “I Saw Her Cry”, if the title didn’t give it away. The lyrics are simple and heartfelt, but the real star here is the reverb-laced steel guitar, which gives the song a dreamy quality. Arrogance may have been one of the weirder bands from the Cosmic American Era and “To See Her Smile” is a great example of that. The tune sounds sort of like what would happen if The Kinks started a guitar and piano driven country bar band. Rambling, loose and filled with boogie to compliment odd time changes and bizarre lyrics make this song as puzzling as it is pleasing, but would you expect anything less from a band called Arrogance? “Baby’s Back” from Kenny Knight follows in a similarly outlandish fashion, coming in at two minutes with a desert surf rock sound and not much more lyrics than the chorus.

We can feel the influence of this style of music on “The Lonesome City” from The Black Canyon Gang. Who’s to say if Sturgill Simpson ever heard this of this Colorado band, but you can hear hints of that in the outlaw tune “The Lonesome City”, which, interestingly enough, was a bit of a departure for a band more inclined towards bluegrass. Another band that we can only wish had made more of an impression is White Cloud, a band that grew out of the Greenwich Village scene of the late Sixties and fully embraced the more psychedelic side of country rock. “All Cried Out” is a straightforward tune about, well, being all cried out, and the catchy chorus lingers in your head. Frontman Thomas Jefferson Kaye (badass name, I know), would cut a different version of this for his 1974 album with First Grade, which may have been overshadowed by the fact that the album featured two songs written by Walter Becker and Donald Fagen aka Steely Dan.

With a song called “The Spirit of the Golden Juice”, you can expect that things will be psychedelic. F.J. McMahon certainly gets trippy in his existential ramblings about “cheatin’ girls” and “trippin’ pills” as he reflects on life in the fast lane and some pretty far out times. His voice sounds a little shaky and the guitar picking gives the tune a jagged edge, but McMahon seems to have a glimmer of hope as he sings, “it was worth it, everything we went through”. There is no doubt that this song was written in the context of the Vietnam War and major social upheaval, making it one of the more charged tunes in the set. Equally jarring but in a different way is Doug Firebaugh’s “Alabama Railroad Town”. It’s short, poetic, and one of the more hauntingly beautiful tunes with its acoustic picked, twangy tale of small town life that ends abruptly with the eerie line “seven men more, left to die, left to be burned in their eyes, you can still hear them screaming.”

The music on Wayfaring Strangers speaks for itself, but the set is worth owning if you want to learn the backstory behind these bands. Long before the term “indie rock” was ever uttered, most of these bands were taking a DIY approach to getting their music to the people. Considering that you probably haven’t heard of any of the bands, those approaches – ranging from selling albums at shows to peddling them to strangers while hitchhiking – usually didn’t lead to mainstream success. Luckily for us, Numero has shined a light on the underdogs behind Gram Parsons’ dream of Cosmic American Music. The modern popularity of Americana and alt-country owes everything to Cosmic American Music, and Wayfaring Strangers is a refreshing reminder that’s as informative as it is enlightening. These are bands that deserve a second life, and after hearing the 19 gems featured in the set, you will probably want to go and hunt down the full albums of each act.

Wayfaring Stranger: Cosmic American Music is out now on The Numero Group. 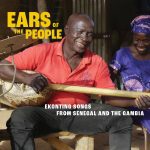 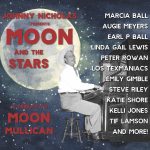