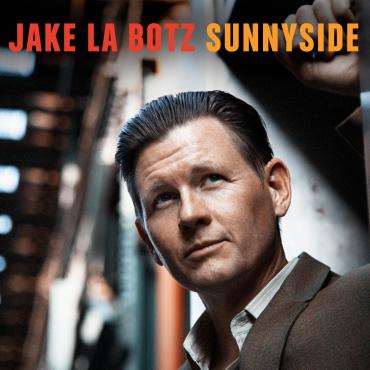 I love this album! There is more grit and honesty in Jake’s music than I have heard in a while. In fact, I think the last new artist who got me this excited is Aaron Lee Tasjan. I hope Jake’s trajectory is similar to ALT (who is up for the emerging artist of the year award from the Americana Music Association).

I am still trying to decide my favorite track on Sunnyside. “Feel No Pain” is terrific. “Inflatable Duck” is a fun song (“Gonna buy an inflatable duck/ Gonna cost one inflatable buck/ And I been havin’ such incredible luck/ I think I’m gonna name it Bingo” – bet you thought he was going to name it Chuck!!!).

Jake’s music is easy to listen to and I suspect his live shows are excellent.

Jake is appearing at Atwood’s Tavern at 4 pm on June 10th; even though I have a show outside Boston that evening, I will go to hear at least an hour of this performance. The afternoon shows at Atwood’s have a fantastic vibe, and I think it will be a great introduction of Jake to the local music community.

Below is the press release circulated in advance of the album release.

“LaBotz, who also appeared on True Detective, offers deep-welled Americana, some of it with the hardest early R&B/early rock & roll grooves you’ll hear this year. Balcony TV taped a session in Nashville; he’ll be in Music City Roots this month; and will be doing a Daytrotter session this summer. Here’s the single “How I Wish She Were Mine“.

“This guy has lived a life that few on this side of Charles Bukowski and Tom Waits can claim. A former punk and high school dropout from Chicago who educated himself at the library, he fell under the wing of blues greats Homesick James (brother of Elmore) and David “Honeyboy” Edwards. Out in LA, he fell into addiction. He has recovered and mounted national concert tours of tattoo parlors. He now lives in Nashville and teaches meditation and acts in a variety of projects from True Detective to Ghost World, with a new lead in the indie film The Gospel of Jake.

“Steve Buscemi said, “Soulful, personal, painfully funny and sad, he’s a true American classic, a gift, and a musical resource that is a joy to be discovered time and time again.”

“Now a Nashvillian, LaBotz has opened for greats like Dr. John, Mavis Staples, McPherson, and Tony Joe White. His former hometown paper LA Weekly said, “Jake LaBotz came up the right-proper, fucking hard way: a teen renegade on the streets of Chicago, dabbling in a mixture of antisocial activities (from car theft to jabbing up his own rudimentary tattoos) and exploring the rich, deep blues tradition as a street singer (with Chi-town legend Maxwell Street Jimmy Davis) and beside Delta-blues originator “Honeyboy” Edwards. That lovely, lurid background forged a musical power that… demonstrates not only an innate mastery of the blues, but also displays what he calls a ‘condensed rock & roll mythology.’”

This review originally published in Suze Reviews the Blues. 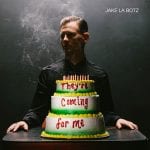