This disc/group is steeped in the drenched soul that has become associated with the words; Memphis, Stax Records, and Otis Redding. The music of this whole region is a calling onto itself and bigger than itself.  And here is this international meeting, unlikely in some ways, and yet because of the unlikeliness of the people in the group it is not unexpected.  The guitar player was born in Israel, Ori Nataly, who came over and met up with 2 sisters who were raised in the Southern Church; Tierinii and Tikyra Jackson, truth be told!  There is a meeting here of experiences and unlikely hoods that you can feel, it is written strongly in the music.  It is that invisible meeting of forces that can not be denied.  There are unnamed powers and forces that are at work here, they will not allow itself to be denied by any probabilities.  Just think of the little laid out so far, an Israeli-born blues disciple who first came to America as a soloist, who lands in Memphis and happens to meet these 2 sisters raised in the Church, and he also meets a Jazz-inspired Bassist, Daniel McKee!  and the rest you are going to have to ferret out for yourself as you hate to have the whole story spelled out for you.

This disc comes out at the end of February of 2017, it is out on the Stax label and is true to the vision the name “Stax” Records brings up.  It is a one of a kind blend of Gospel tainted R&B vocals, that are based on blues/roots guitar infused songwriting.  That is one hell of billing to live up to, but think about it, and listen to the songs presented for our auditory pleasure;  they can transport you back to the heyday of Stax Records and the artists that recorded there and yet do it without making it a nostalgic journey.  The music is derived from what happened before, yet without relying on what went on before; a very delicate balancing act that requires great adroitness without making the music sound derivative and contrived.  It is fresh and alive; sparkling.  Just give a listen to the vocals in “Don’t Give Up,” the first song on the disc.  You know from right there that this woman singer isn’t going to allow herself to be pried off the subject, there is just not a chance in hell that she will give up and/or give in.  The Power and conviction is there.  Remember folks this is a first disc for this woman and the power and conviction of her voice far outweighs her 25 years of living. It is new and refreshed, and done so well that it doesn’t require a whole boat load of guest artists from back in the day, in fact there are 2 guests slots on here, Trumpeter Marc Franklin of the Bo-Keys and Luther Dickinson of the North Mississippi Allstars.  You also know with a certainty that the live performance of this music is going to make the power that does come thru on this disc (and it is substantial) seem like a mere fraction of what this group can bring to the table live!

If you are looking for solid ‘soul driven’ music that features solid deep soul you don’t have to look any further than this disc.  It has the real music from the real new soul capital of the Streets of Memphis.  It is old and yet sparklingly fresh at the same time.  It is music Alive and Well. 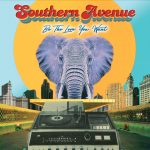 Southern Avenue Preaches Empowerment on ‘Be the Love You Want’ 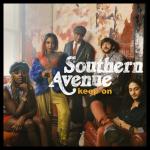 Southern Avenue Shows Us the Way to ‘Keep On’