Give the young woman with the pleasing smile some serious credit.

The pressure to simply supply Come Away With Me — Again, with all of that moved-to-New York ambience merely replicated, or even exaggerated, must have been enormous. But Feels Like Home is as much a turn in another direction as its contrariwise title suggests — and this second Norah Jones CD leaves no mistaking that the home in question was Texas.

Her debut disc’s massive acceptance has already led to its use as a marketing reference point by others, and not always in such great ways. There is, for instance, the musically numbing exploitation exercise advertised on television that tosses in one Jones duet with a collection of cuts from the great divas of jazz singing history carefully chosen so they’re only really, really slow and low ones.

Because Come Away With Me was fairly transparently patterned after the recent stylistic tic of her Blue Note stablemate, the terrific and eclectic but often slo-mo Cassandra Wilson, the marketers have found sufficient reason to notice that many of the buyers of Jones’ first CD believe the talented and promising Norah was singing “jazz” (not true, and not claimed), and that “jazz singing” means singing very, very slowly.

Liking jazz “because it’s slow” is the exact equivalent of a problematic tendency that dogged, if also powered, the alt-country world in its earliest days — liking country “because it’s dark.” Both bits of myopia are tantamount to liking cars because they’re green.

The comparison is worth bringing up even though this artist’s basic tendencies are toward adult pop music, for two reasons. First, the opening cut on this charmer of an album, “Sunrise”, co-written by Jones and her bassist Lee Alexander, is neither slow nor dark, but rather, as its title suggests, light, breezy, on the sexy side, and notably uptempo. (A lot of stuff on this record swings.) Second, much of what’s found on Feels Like Home suggests this is an alternative-country record, one that further extends the possible answers to “whatever that is” in provocative ways.

Norah has, of course, had the likes of Hank Williams turns amidst her varied repertoire all along, but lately she’s been emphasizing with the general press how much she admires the music of Lucinda Williams and Ryan Adams, for instance. To the degree that a fair percentage of the music here parallels the more pop-driven excursions of both of those artists since they’ve moved beyond no-question alt-country, the shout-outs make sense.

Adams and Williams are both artists whose flavor of alternative-country sensibility has at times had clear-enough connections to 1960s country rock, to the time when Gram Parsons would find it natural to include the country soul of “Do Right Woman” amidst the honky-tonk. Country soul makes for a fine steppingstone between languid jazzy pop and country, as that song’s arranger for Aretha and Norah’s producer, Arif Mardin, surely saw.

Almost half this record is in a country soul mode. Norah’s self-penned “What Am I To You?” especially mines Aretha territory, and admirably, without an ounce of fake-Afro minstrelsy. The track is drawn further toward outright country by the slap drumming of Levon Helm and the organ fills of Garth Hudson, as they’d brought that synthesis to The Band’s records back in the day.

A country waltz Townes Van Zandt cover follows (“Be Here To Love Me” from Our Mother The Mountain, with Hudson on churchy accordion), and as we reach what would be side two on vinyl, things gets explicit. Dolly Parton shows up. There’s a rural-tinged Tom Waits tune, and originals in a country-influenced pop mode.

The lyrics on the new Jones and Alexander songs are country elemental — unmistakable on the duet with Dolly, “Creepin’ In”, or the one that uses toes dipping in the water as a metaphor, or the one that talks of “the prettiest thing I ever did see…was rusty as a nail stuck in the old pine floor.” These are not storytelling songs, but mood nailers; you can just about smell that pine floor.

It takes considerable self-assurance and control to keep things this undeceptively simple and quietly touching. There are no headbangers here, and some of the sounds still tend toward the languid, but those are part of a mix set on bringing it all back home, with variety.

For the jazz fans, Jones even adds words to Duke Ellington’s “Melancholia”, retitling it “Don’t Miss You At All”, and the result provides one of several opportunities to introduce her own increasingly elegant piano skills (in this case, solo).If the song doesn’t quite scat and extend and run changes, it is still explicitly in jazz territory.

But the choices made on this album, finally, are pop choices. The music aims to please, but on the level of a high common denominator, not the lowest. It never panders. And it dares to surprise as it tiptoes across genre lines.

In its own sweet way, Feels Like Home begs a surprising question: Is there room within the alternative-country spectrum, out there near the pop end, for music that’s marked not by its edginess, but by elegance, taste, ease and grace?

And it answers, “Well hey there, darlin’ — why the Sam Hill not?”

Norah Jones is emerging as an important pop singer with appeal to adults of all ages, and it’s clear on this sophomore outing that she’s pulling off this trick with moves right out of the swinging twang Lone Star playbook. If you want to “feel like home” in that country, the story goes, it takes a lot of soul — and all that jazz. 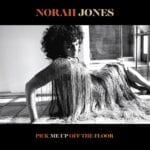 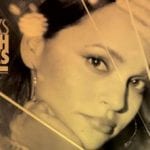