Artist: New Mexican
Album: Take It On Our Shoulders 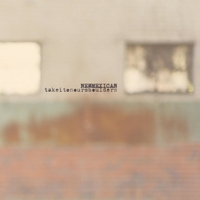 New Mexican is a music project with a focus on delivering a unique take on Americana. Essentially a solo effort from Matt Hoffman, New Mexican rides that razor’s edge between folk and country rock, echoing vintage Bruce Springsteen and Ryan Adams. New Mexican’s recent studio output is a full-length album titled Take It On Our Shoulders. This exciting record features a collection of eleven compelling tracks. All the songs share common aesthetics yet they also have individual identities that lend the album a more complex and distinctive attire.

One of my favorite songs on this release is “Broken Horse,” a cut with plenty of attitude and a rich sense of dynamics. On the other hand, “Two Hearted” is another notable song. This track is absolutely timeless, tracing the steps of some of the greatest folk and Americana interpreters. The overall sound of this album is charming and authentic. It has a very earthy tone, which really highlights the earnest, honest performances on each song. This is going to be a great one for fans of the genre, and quite frankly, for anyone who loves memorable songs straight from the heart.