Michael Falzarano – I Got Blues for Ya

I was familiar with Michael Falzarano’s work since 2005 as the rhythm guitarist of the reformed Country Rock band, The New Riders of The Purple Sage.  I was also aware that he’d performed in a similar role with Hot Tuna.  I’d also heard through the grapevine that he had a credible solo career as a bluesman. All things considered, I wasn’t really prepared for what I’d hear on his latest CD, I Got Blues for Ya.  I’ll be the first to admit that I’m a late comer to the blues.  Up until a decade ago,  I was totally ignorant of the gendre.  I knew that the Stones and the Gratefull Dead incorporated elements of the blues into their music, but folk and country rock seemed much more interesting to me.  Exposure to various forms of the blues has made me into a fan, but not an expert.

What makes the blues so fascinating is that it mostly involves 5 notes and 3 chords.   An occasional flat note makes things a little interesting.   But with those limited notes, the story of every human emotion can be told. Hurt, pain, joy, lust, abandonment, are told with just a slight variation of tempo.  There’s Slow Blues, Boogies, Walking Blues, Country Blues, Delta Blues, Piedmont Blues, Chicago Blues, and Shuffles.  The Blues have influenced much of Rock & Roll, from the Beatles to Zeppelin to the Mephis Rockabilly Sound.  Even Bluegrass music draws from the Blues.  And the influence of those pioneers of Rock has trickled down and blossomed throughout popular music.  It’s DNA is everywhere.

On I Got Blues for Ya, Michael Falzarano takes us back to the roots.  He’s a white man playing black men’s music, beneath lyrics that are strictly his own.  He fluidly covers all the bases.  He does have the blues for us, and he delivers them in a concise manner;  joyfully, I might add.  Falzarano sounds like he’s having a good time and it’s infectious.  A stellar backing crew brings out the best in the music.  Falzarano is no Sinatra.  He’s got a raspy voice… in fact he sounds a lot like Dylan at times, but the overall product is good, good music.

Falzarano jumps right in with The Night King Curtis Died.  Kane Dailey provides some nice slide guitar work.  The title track, I Got Blues for Ya, comes next.  Zen Trickters bassist Klyph Black joins the mix.

The artist gets personal with I Never Think About You.  Professor Louie graces the song with his piano line.   The up-tempo Snake Box Boogie will get you rocking.  It was a wonderful surprise to hear the late, great Vassar Clements’ signature jazz fiddle sound embellish Big Fish.  This alone is worth the purchase price of the CD.

Falzarano takes us out for a night on the town with  We Got A Party Going On.   Good Good Lovin tugs at the heart strings.  Like any real bluesman,  Michael Falzarano pays his tribute to Robert Johnson with Crossroads Avenue. Alexis P. Suter lends her passionate voice in harmony to the song.. it’s real, folks.

Devil’s Gone Fishing drags us through the dark valleys of the blues. It has an oppressive tone. It creates a longing; a need for resolution.  We just have to climb out of the hole.

One of the real treats of this CD is the next cut, the Reverend Gary Davis’ classic Death Don’t Have No Mercy.  Falzarano takes up his acoustic guitar and is joined by members of Jam Stampede and Barry Mitteroff.  Mike “Miz” Mizwinski really shines on lead guitar.  All around it is a stellar performance.  The next to last cut, and the last song written by Michael Falzarno, is Trouble.  It’s a fun, frolicking number, and would fit nicely in the New Riders’ set list.  The same could be said for the final track, the anthemic  Let’s Work Together.  You just want to sing along with this song, written by Wilburt Harrison.

All in all, this CD is worthy of a spot in any Blue affectionato’s  collection.  It’s also a must for NRPS freaks.  Honestly, any fan of American roots style music should thoroughly enjoy Michael’s most recent offering.   Distributed by Woodstock Records, and available through their web site, CD Baby, iTunes, or the artist’s own site, www.michaelfalzarano.com. 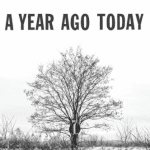 MiZ Serves Up A Heartfelt Recording

Vassar Clements – Livin’ with the Blues