Jackson Browne Confronts the Modern World on ‘Downhill From Everywhere’ 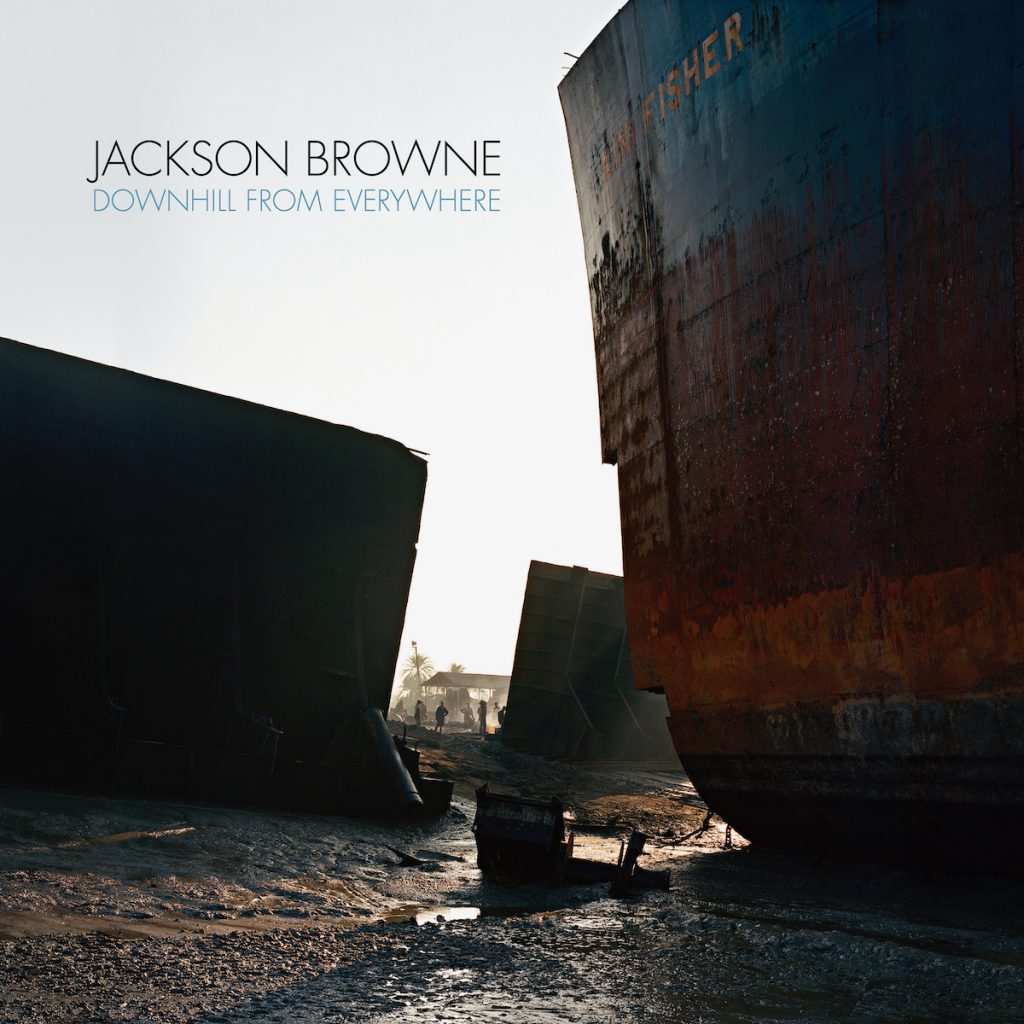 When he was 15, Jackson Browne wrote the lines “don’t confront me with my failures / I have not forgotten them” in for a song called “These Days,” which Nico recorded, and which he released later on his 1973 album, For Everyman. “These Days” illustrates Browne’s gift for capturing fear, uncertainty, and resilience and hope.

The album’s bouncy title track, reminiscent of “Running on Empty,” mimics the slipping, skidding, out-of-control slide into social chaos and natural catastrophe that’s the result of an emphasis on human freedom gone perversely wrong: In a world where politicians and preachers proclaim that everyone has rights, nobody does. It’s “downhill from the NRA / Downhill from ICE / And your huddled yearning masses yearning to be free,” Browne sings. He also effectively reminds us that since the oceans are downhill from landmasses, we’ve pushed our trash down those hills, and it’s now killing the oceans: “Do you think of the ocean as yours? / Because you need the ocean to breathe / Every second breath you take is coming from the sea / And we don’t really know, because we don’t really see / Do you think of the ocean as yours? / Do you think about it at all?”

In a light-filled, gorgeous canticle of hope, Browne and Eugene Rodriguez’s “The Dreamer” powerfully reveals the motivations for the darkness that covers our culture these days: “We don’t see half the people around us / But we imagine enemies who surround us / And the walls that we’ve built between us / Keep us prisoners of our fears.” Performed by Browne, Los Cenzontles and David Hidalgo, and sung in English and Spanish, the song opens with a cascading harp in a tune reminiscent of Browne’s “Linda Paloma.”

Ringing guitars frame Browne’s earnest hope that our lives will be filled with and peace, but he admits “It’s Still Too Soon to Say.” With each version of the song’s refrain, he grows more hopeful, though, and changes the final two lines of the refrain from “but whether everything will be alright” and “I’ve got to think it’s going to be alright” to “I want to think it’s going to be alright” in the third and final refrain. A tongue-in-cheek rocker, “Cleveland Heart,” nodding to the work of the Cleveland Clinic in pioneering artificial hearts, rides over screaming steel and propulsive drums, pondering the freedom of an artificial heart that “never breaks and never aches,” while the bright, jaunty “Still Looking for Something” conveys the singer’s hopeful restlessness: “though I’m hoping for something I can hold up to the light / Don’t know that I’ll find it, or the soulful smile behind it / If all I find is freedom, it’s alright.”

Downhill From Everywhere confirms Browne’s role as visionary troubadour, and he continues the plumb the depths of the human heart, looking into its dark corners and bright chambers.

Phosphorescent’s New Live Album: Here’s to Not Taking It Easy