In This Case, Lesser Lakes is More

Lesser Lakes Trio is a quietly intriguing, even enchanting conceptual music trio that seems both of the land and above it, like a cloud , or a broad-limbed tree, or a hovering consciousness.

Their website self describes the Milwaukee-based group as three “sonic storytellers” undergoing a “restless search.” These  storytellers weave a web of enlightenment with melody and rhythm. Harmony is comparatively spare, reflecting the influence of the original  Ornette Coleman Quartet, which liberated itself from the “background” of harmonic changes, and the pop-like but serious musical sensibility recalls another contemporary trio, The Bad Plus.

The evocative statement also notes “there is something timeless and haunting in a waterway whose path skirts the larger bodies for more subtle divergencies, defying where gravity would cause most to rest.” The album cover depicts a vintage photograph from 1911, of three human figures standing on a Lake Michigan shore engulfed in snowdrifts.

Accordingly these somewhat meta “lesser lakes” strive to illuminate rivulets and rushes, “a regional riddle that unlocks a universal desire for musician and audience alike; to feel the wonder of it all.” 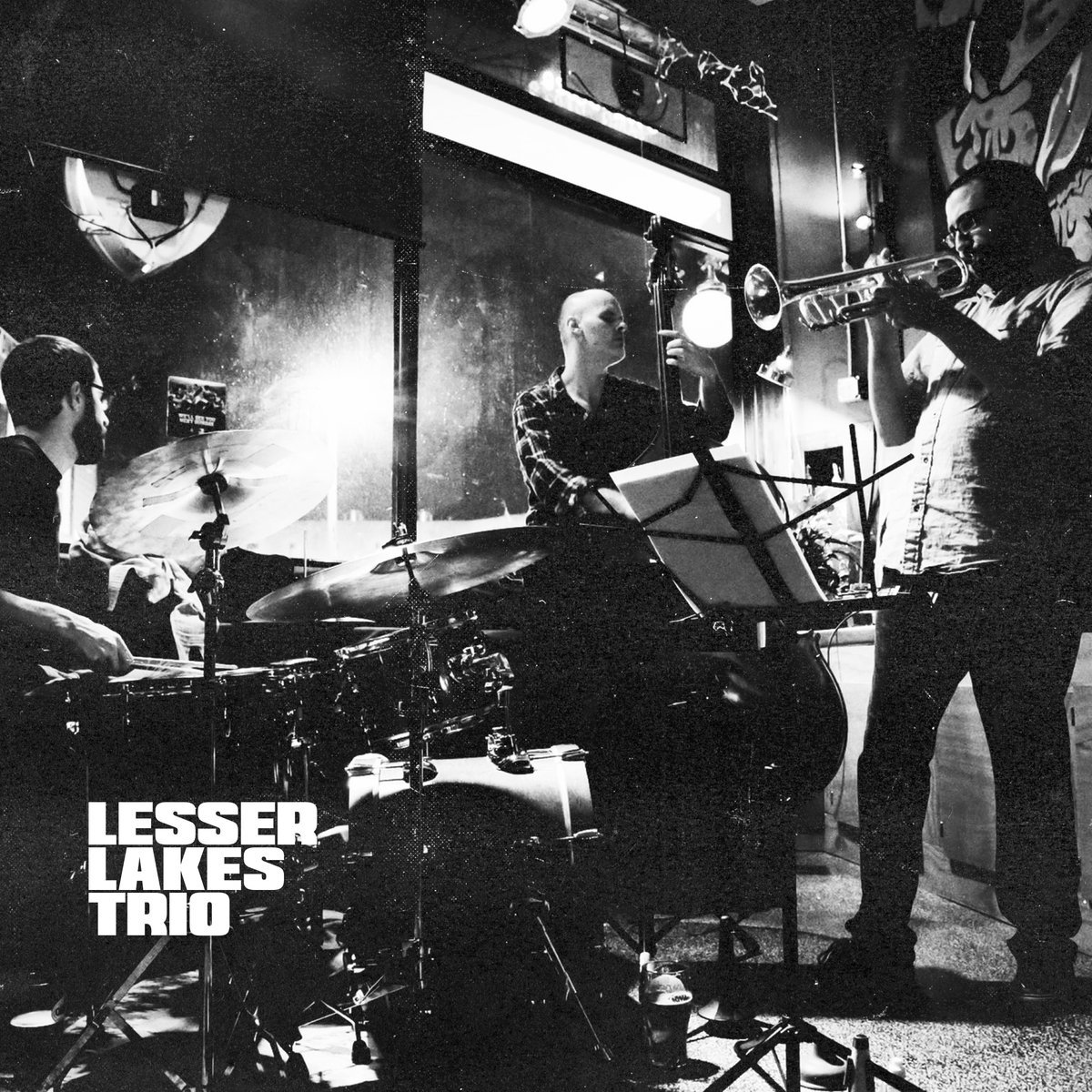 The music radiates openness, a wide-eyed intelligence that embraces the natural world.  On the title tune, “The Good Land,” trumpeter Jamie Breiwick, here as elsewhere, is more pied piper than strutting jazz virtuoso. He unfolds a spare but eloquent theme that seems to reach out its hand to followers. The consciousness seems to survey the land, pronounce it as good and worthy of preservation, for harvesting, conservation, and appreciation. Breiwick’s trumpet solo uncovers thick textures, like a spade digging into soil, turning over rock and roots, perhaps even a night crawler.

So the group’s musical agility and creativity serve an overarching yet humble purpose. Bassist John Christensen breathes and bellows the musical movement. Devin Drobka is a special drummer, his style uses a deft sense of space, rhythmic disjunction and momentum that implies plenty of life’s complexity, but at an organic level that is not humancentric – down to the ground enough to dance with that earthworm.

This was previously published in Culture Currents (Vernaculars Speak) and in a shorter version in The Shepherd Express.